How To Make Shadow Puppets!

How To Put On A Shadow Puppet Play!

Shadow puppets can be so much fun for kids! Our homeschool co-op put on a shadow puppet play for our end-of-the-school-year program a couple of years ago. We had such a great time!

On this page, I'll explain with illustrated step by step directions how you can make your own shadow puppets, set up your stage, and put on a play for your friends and family or maybe your school, scouting troop, or church!

Here's what we did.

2. After deciding upon the story we would use, each child designed a puppet for one of the characters in the play. The birds we made had wings that could flap, and most of the other animals had mouths that could open and close. A few animals also had a movable tail. In addition, there was a ball puppet, and two goal posts puppets. We even had tiny little rackets that could be put on and taken off the puppets during the performance, as needed!

What you need to make your own shadow puppets

a white sheet (to project the shadows on)

one or two bright lights 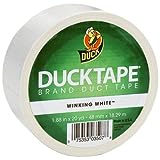 Some of the things you'll need for making shadow puppets

X-ACTO Basic Knife Set | Set Contains 3 Precision Knives, 10 Precision Knife Blades, Wooden Chest for Storage (14 Count)
An xacto knife is much easier to use than scissors for cutting out eye holes. It's also an excellent tool for creating a small hole in the puppet where you'll attach a moveable part.
Buy Now

Before you begin to create your puppets, why not select a favorite book or write a story to act out? That will give you an idea as to what types of puppets you need, and what you need them to be able to do!

Will this be your first time making shadow puppets?

How to create your shadow puppets

If you'd like for your puppet to have a movable part, such as a mouth that opens and closes, wings that flaps, or a tail that wags, you'll need to draw, and cut out, that part separately, and later attach it with a brad clip. I recommend only creating one movable part per puppet, at least for the first several puppets you make. Having several movable parts on a single puppet makes it harder to maneuver the puppet and takes more skill.

3. Cut out your shadow puppet.

4. Give your puppet a double layer of poster board.

Place your shadow puppet on top of another piece of poster board. Draw around it and cut that out too. Then glue the two together. This not only makes a studier puppet that will last longer, it also makes it easier to keep all parts of the puppet touching the sheet during the performance, and allows less light to shine though, thus creating a darker shadow.

5. Cover both sides of your puppet (and any small parts too) with clear contact paper.

Use the hobby knife (with adult supervision!) to make a tiny hole in the puppet, and another one in the movable part, then connect them with a brad clip. Make sure the hole is large enough to allow the brad clip to to turn easily.

Cut a piece of wire about a foot and a half long. Use the needle nose pliers to bend the end of the wire into a curved hook, and then bend the curved hook so that it's perpendicular to the rest of the wire.

First, bend the wire into a small hook.

Second, bend the small hook perpendicular to the rest of the wire.

Hot glue the curved and bent hook to the back of the puppet. After the glue has hardened, cover it with duct tape to hold the wire in place even more securely.

If your puppet has a movable part, you'll need to also attach a curved, bent wire to the movable part. (Very small movable parts often don't work for this reason. They must be big enough to allow room for the wire!)

Make a handle at the place where your hand will hold the puppet by wrapping duct tape around the wire. You can also bend the wire some (as shown below), if it makes it easier to manage the puppet.

10. Now practice working your puppet some!

Get use to the motions needed to move your puppet's mouth, tail, etc. Sometimes it's necessarily to remove the wires and reposition them in a new way in order to get the best control of your puppet.

Note: The shadow puppets shown here were all made by children in our homeschool co-op!

Set Up The Shadow Puppet Stage!

Our homeschool group had two large movable pegboards on stands that we were able to stretch a sheet between for our stage. It worked perfectly for our needs!

If you happen to have a puppet stage, that works too - just cover the opening with a small sheet or other piece of white fabric.

We've also just stretched a sheet across a corner of a room before, securing it on each wall with a few pushpins.

Also, try to pull the sheet fairly taunt. The puppets won't show up as well if there are lots of wrinkles and folds in the fabric.

For best visibility, the puppets should actually just barely touch the sheet during the play. (Any part not touching might not be visible to the audience.)

If you want a puppet to go "off stage," just pull your puppet away from the sheet a few inches.

In the photo above, the children are rehearsing their play. The sheet is stretched between two large wooden pegboard structures that we had in the room. At the moment, the sheet is not really pulled taunt enough.

As they rehearsed, one of the homeschool moms teaching them stood on the other side of the sheet from the kids, watching their rehearsal and offering tips, such as "Remember to make your puppets lightly touch the sheet, or they won't be visible to the audience!"

If you want to impress your audience, rehearse your puppet show several times following your script, before you invite your audience to watch! When saying your lines, remember to speak extra loudly, as your voice must travel through the sheet! If you'd like, have a narrator stand on the same side of the sheet as the audience, and tell the story as the puppets act it out.

A few scenes from our shadow puppet play Remember to come out from behind the stage and take your bow! - The youth are holding their shadow puppets.

(Note: There were several others children and puppets in our performance too.)

The youth in our co-op ranged in age from first grade up to fifth grade at the time they did their shadow puppet performance, and this was their first exposure to making shadow puppets, so we opted to "keep it simple."

If you have older youth, or if your youth have already had some practice with shadow puppets, you may like to try some more complicated puppets. You can see some in the youtube videos below!

How to make the screen and move the puppets

Thanks for visiting my Shadow Puppets site!Comments? Questions? You don't have to be a member of Squidoo to leave a comment here!