Water Spirits occur in many cultures and mythologies. One of the first recorded mermaids in mythology is the moon goddess Atargatis from Syria. In Faroese, Icelandic, Irish and Scottish folklore their mythological sea creatures are called Selkies which are said to live as seals in the sea but shed their skin to become human on land. In Greek and Roman Mythology Poseidon and Neptune were often depicted as half-man and half-fish but the most popular motive of the ancient world that depicts mermen was the representations of the tritons, Triton being the son of the powerful sea-god. The British merfolk were known as as Merry maids. According to the Cornish legend a mermaid called Moveren had made appearance in the village of Zennor and due to her interest in music she had fallen in love with one of the singers Matthew of the choir of the church. Now when this man found out about the mermaid, he too fell in love with her and together they went to live in the sea. The people of Zennor still say that they can hear Matthew sing to the mermaid and to them the whispers of waves still make sense. The Irish knew merfolks as Merrows or Muirruhgach and some sources write that they lived on dry land below the sea and had enchanted caps that allowed them to pass through the water without drowning, while the women were very beautiful the men had red noses, were piggy eyed, with green hair and teeth. Russian mermaid mythology includes the daughters of the water-king who live beneath the sea; the water-nymph that drowns swimmers and the male water-spirit who followed sailors and fishermen. The Africans venerated Mami Wata the spirit abducting her followers or random people whilst they are swimming or boating. She brings them to her paradisiacal realm, which may be underwater, in the spirit world, or both. Should she allow them to leave, the travellers usually return in dry clothing and with a new spiritual understanding reflected in their gaze. These returnees often grow wealthier, more attractive, and more easygoing after the encounter. Kappa are a type of water sprite found in Japanese folklore and Matsu is the indigenous goddess of the sea who is said to protect fishermen and sailors and is invoked as the patron deity of all Southern Chinese and East Asian persons.

Nymphs in Greek mythology is are generally regarded as divine spirits who animate nature and are usually depicted as beautiful, young nubile maidens who love to dance and sing. They are believed to dwell in mountains and groves, by springs and rivers, and also in trees and in valleys and cool grottoes. The three types of nymphs and where they reside are Acheloids (from the river Achelous), Alseids (groves), and Dryads (forests).

Nymphs tended to frequent areas distant from humans but could be encountered by lone travelers outside the edges of villages, where their music might be heard, and the traveler could spy on their dancing or bathing in a stream or pool, either during the noon heat or in the middle of the night. Such encounters could be dangerous, bringing dumbness, besotted infatuation, madness or stroke to the unfortunate human.

In Greek mythology the Sirens were dangerous creatures. They were three sea nymphs portrayed as seductresses who lured nearby sailors with their enchanting music and voices to shipwreck on the rocky coast of their island. They were formerly handmaidens of the goddess Persephone. When the girl was secretly abducted by Haides, Demeter gave them the bodies of birds, and sent to assist in the search. They eventually gave up and settled on the flowery island of Anthemoessa.

When Odysseus, in his wanderings through the Mediterranean, came near the island on the lovely beach of which the Sirens were sitting, and endeavouring to allure him and his companions, he, on the advice of Circe, stuffed the ears of his companions with wax, and tied himself to the mast of his vessel, until he was so far off that he could no longer hear their song. According to Homer, the island of the Sirens was situated between Aeaea and the rock of Scylla, near the south-western coast of Italy.

Leagues, leagues over the sea I sail

Couched on a wallowing dolphin's tail.

The sky is on fire, the waves a-sheen,

I dabble my foot in the billows green.

In a sea-weed hat on the rocks I sit,

where tern and sea-mew glide and beat,

and where dark shadows the cormorants meet.

In caverns cool when the tide's a wash,

I sound my conch to the watery splash.

From out their grottos at evenings beam,

the mermaids swim with locks agleam.

In Greek mythology the Naiads were a type of nymph who presided over fountains, wells, springs, streams, and brooks. They are distinct from river gods, who embodied rivers, and the very ancient spirits that inhabited the still waters of marshes, ponds and lagoon-lakes. The essence of a naiad was bound to her spring, so if a naiad's body of water dried, she would die.

They were often the object of archaic local cults and rituals. Boys and girls at rites of passage ceremonies dedicated locks of their childish hair to the local naiad of the spring. In places like Lerna their waters' ritual cleansings were credited with magical medical properties.Oracles were known to be situated by these ancient springs.

Naiads were also reputed be dangerous: Hylas of the Argo's crew was lost when he was taken by naiads fascinated by his beauty . The naiads were also known to exhibit jealous tendencies. Theocritus's story of naiad jealousy was that of a shepherd, Daphnis, who was the lover of Nomia; Daphnis had on several occasions been unfaithful to Nomia and as revenge she permanently blinded him. Salmacis forced the youth Hermaphroditus into a carnal embrace and, when he sought to get away, fused with him.

Once I sat upon a promontory,

And heard a mermaid on a dolphin's back

Uttering such dulcet and harmonious breath

That the rude sea grew civil at her song,

And certain stars shot madly from their spheres,

To hear the sea-maid's music? 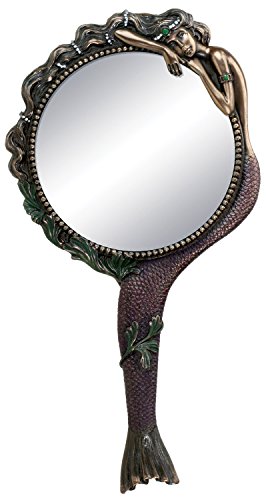 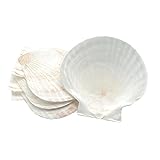 Mazu - Chinese Goddess of the Sea

The many names and titles of the Chinese goddess Mazu are Matsu, Ma-Tsu, A-ma, Tianhou, the Motherly Matriarch, Kuan Yin of the Southern Sea, Daughter of the Dragon, and Empress of Heaven. Although some experts feel she may be a version of the older goddess Kuan Yin , Mazu is deeply rooted in the hearts of her people and is best known as the "Goddess of the Sea".

Hers is the story of an extraordinary girl who became a goddess, a young woman named Lin Mo Niang who had performed numerous miracles during her short life. She was a pure and kind-hearted girl with a vast knowledge of Chinese medicine. Known as a healer, she cured the sick while teaching people how to prevent illness and injury. Many of the miracles she performed involved quelling storms at sea, so it is hardly surprising that she is known as the protector of all seafaring people.

The actions and behavior of mermen can vary wildly depending on the source and time period of the stories. They have been said to sink ships by summoning great storms, but also said to be wise teachers according to earlier mythology. A merman, like a mermaid, attracts humans with singing and tones.

In Greek mythology, mermen were depicted as having green seaweed-like hair, a beard, and a trident. In Irish mythology they are described as extremely ugly creatures with pointed green teeth, pig-like eyes, green hair, and a red nose. In Finnish mythology, a merman (vetehinen) is often portrayed as a magical, powerful, handsome, bearded man with the tail of a fish. He can cure illnesses, lift curses and brew potions, but he can also cause unintended harm by becoming too curious about human life. The boto of the Amazon River regions is described according to local lore as taking the form of a human or merman, also known as encantado, "enchanted one" in Portuguese and with the habit of seducing human women and impregnating them. Chinese mermen were believed to only surface during storms or, in some cases, were believed to have the ability to cause storms.

As Undines are entities united with water they are governed by the Moon and associated with the directional domain of the West. They appear In Paracelsus's works of alchemy named as the water elementals and also in European folklore as fairy-like creatures and the name may be used interchangeably with those of other water spirits.

Their origins may be best traced back to ancient Greece wherein mythology cites a clan of nymphs called Oceanides who claimed the waters of the world as their home. These beings were the daughters of Titan and his wife Tethys. Their presence in the oceans was legendary among seafarers. Mostly beneficent, Oceanides would aid water-travelers in navigation and provide safe sea-ways.

In European lore, Undines are fabled to be the wandering spirits of love-lorn women. I imagine their tears of sorrow composed the salty seas as they wept, having lost at love. Tales indicate these female spirits are enchantingly beautiful. They are reputed to be relatively benign, but like any decent spirit they've got a temper when crossed.

In a German tale known as Sleep of Ondine, Ondine is a water nymph. She was very beautiful and, like all nymphs, immortal. However, should she fall in love with a mortal man and bear his child, she would lose her immortality.Ondine eventually falls in love with a handsome knight, Sir Lawrence, and they are married. When they exchange vows, Lawrence vows to forever love and be faithful to her. A year after their marriage, Ondine gives birth to his child. From that moment on she begins to age. As Ondine's physical attractiveness diminishes, Lawrence loses interest in his wife.

One afternoon, Ondine is walking near the stables when she hears the familiar snoring of her husband. When she enters the stable, she sees Lawrence lying in the arms of another woman. Ondine points her finger at him, which he feels as if kicked, waking him up with surprise. Ondine curses him, stating, "You swore faithfulness to me with every waking breath, and I accepted your oath. So be it. As long as you are awake, you shall have your breath, but should you ever fall asleep, then that breath will be taken from you and you will die!"

In Slavic mythology, a rusalka was a female ghost, water nymph, succubus, or mermaid-like demon that dwelled in a waterway.

According to most traditions, the rusalki were fish-women, who lived at the bottom of rivers. In the middle of the night, they would walk out to the bank and dance in meadows. If they saw handsome men, they would fascinate them with songs and dancing, mesmerize them, then lead them away to the river floor to their death.

The Mermaid Of Druid Lake And Other Stories (1906)
Buy Now

Mermaid Wisdom: Enrich Your Life with Insights from the Deep
Buy Now