"I think it pisses God off if you walk by the color purple in a field somewhere and don't notice it." -- Alice Walker

noun a group of colors with hues between violet and red.

adjective Of the color purple, imperial or regal.

A color can be a visual, a feeling, a temperature, a total mode of personal expression.

My mother once told me that I was four years old when I picked out my first outfit all by myself, and it was purple with purple flowers. My love of the color purple has pretty much been a constant from that point going forward. This lens is a celebration of all things purple!

I wanted purple hair on and off for many years and it wasn't until 2010 that finally decided it was time to COMMIT and not have faux purple hair but REAL PURPLE HAIR. I bleach and then stain to get a color this bold and bright, and I spend half the year purple and the other half a very bright red. The picture is a self-portrait I took at the Top Pot Donut Dash held at Greenlake in Seattle on May 1, 2011.

How Do You Say "Purple?"

This picture is an outfit I wore for a night at the Seattle Symphony. In the fall of 2007, they presented an evening of theme music from science fiction movies and television shows. Or as my mother said, "They're playing your songs." George Takei was a special guest and they said that costumes were encouraged. Clearly, it was one of those nights at the symphony made just for me.

The dress I'm wearing was actually a bridesmaid's dress that was made for me for a friend's wedding. We hand-dyed yards of silk for her dress, which was made to look like purple bird's-eye maple texture. She let me pick the pattern of my dress, and she selected the fabrics. It's a classic Empire gown pattern done in very modern textiles.

I made the fan myself by gluing purple feathers onto a bare fan frame. The wig is a favorite of mine, which I've nicknamed "Lilah."

Do you listen to Purple? - the sounds of purple 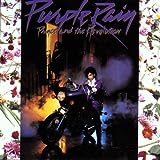 A song about purple rain from one of the most purple singers.

I traveled to Las Vegas one October to attend a gathering of folk I had met in CA the summer before. One of the events was a Witches and Wizards Ball, a social/dance event held inside a very cool multi-media space. They did lots of lights and had a great sound system.

Everyone was encouraged to dress in costume and I decided to just go as a Purple Lady. Since I was flying to Vegas, having a costume that could be utterly smushed in luggage was really paramount. This one traveled perfectly.

Then there are my witchy black-and-purple-striped tights. I've been to gatherings where a good quarter of the women who show up are wearing striped tights. Why do we all do it? Because of the tights worn by the Wicked Witch of the East in the Wizard of Oz movie. Her black-and-white-striped legs are all you see jutting out from under the house that was dropped on her, but most people only remember her ruby slippers. True witches remember her tights.

Yes, Purple Fans... There Really IS A Purple Store!

I was going out to a freaky street fair in San Francisco with some friends one year, and it was just one of those occasions when I had to do purple, and decided it had to be a purple-themed cowgirl or nothing.

I think having purple-trimmed chaps was what started off the whole outfit. The wig is one of those $20 jobs, and it sheds a lot, but since I was going to be outside, I decided the shedding wouldn't be a problem. But where to find a purple cowboy/girl hat at the 11th hour?

The drag queen store had them for $60 which was out of the question. Several stores had $40 felt ones, which were nice, but not the kind of thing to slather with purple paint. I finally found a white paper cowboy hat for $20 and then used purple acrylic paint to purple it up myself. If you try something like that, make sure to apply the paint sparingly, because if you get the hat too wet, it loses its shape.

I replaced the braided leather hatband with a big purple ribbon and violÃ¡! Purple Cowgirl!

Get out and be more Purple!

Now, a custom-made latex evening gown in purple isn't necessarily everyone's idea of formal wear, but when you're doing a trade to make a web site with a guy who makes clothing like that, why not?

The dress design is copied from a decaying velvet dress that was abandoned in a heap of stuff left behind by a former housemate of mine when she moved and bailed on any sort of cleaning. I donated and recycled what I could of her stuff since she left about eight huge garbage bags worth of stuff behind. One thing I found was the old velvet dress. The fabric was shredding due to age but the style was lovely so I kept it. And then one day, this trade for web site deal fell into my lap.

I know I totally got the better end of the trade on this one. Having a professional photographer take a picture of me wearing it sure didn't hurt either.

What say you, O' Purple People?