Roger Dean is a British illustrator and architect best known for the distinctive album cover designs he created for rock bands such as YES, Uriah Heep and Asia.

After creating some of the most-popular fantasy art of the 70s and 80s, spread intensely via posters as well as album covers, Dean moved towards his true vision:  the architectural realization of his illustrations and paintings as practical buildings and real spaces.

One of Dean's first jobs out of art school was doing a design for the then-new Virgin Music label. This was the original logo for Virgin, before they switched to the now-known red and white signature.

This first logo has been nicknamed "Gemini" or "Twins" as it features a mirror-image of a woman. She's sitting on top of a large red lizard, and the company name. Long-time fans of Dean will recognize the word "virgin" in the lettering that he is now very well-known for. 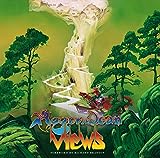 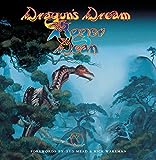 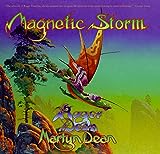 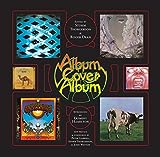 Roger Dean On The Web

The Architecture of Roger Dean

The fantastic houses and fantasy dwellings in Dean's illustrations aren't just fantasies, but actual renderings of his concepts for modern architecture. And for a lucky few in the world, they've been able to bring Roger Dean's ideas to life.

Dean's constructions use a material called gunnite, which is a form of sprayed concrete. Tooling up molds to make these structures can be costly, but for something like a hotel, once the molds were made, building a succession of suites or floors would go extremely quickly. The ovoid room shapes use heat very well, minimizing costs to climate control the spaces.

Most Dean collectibles are going to be centered around the band YES. Dean did their cover artwork for most of the band's history. What most people don't know is that all those worlds and creations are actually renderings of Dean's unique style of architecture. Many of the buildings and houses you see in the images could be built exactly as he's depicted them. His structures utilize ovoid forms, made from a sprayed concrete.

Dean also did the cover art and logo for 80s supergroup Asia, which collected John Wetton (King Crimson, Uriah Heep), Steve Howe (Yes), Geoff Downes (Buggles, Yes) and Carl Palmer (Emerson, Lake & Palmer). For their first album, he created the iconic image of a dragon chasing the pearl of wisdom, splashing down on an dark ocean.

The Worlds of Roger Dean

There is a short clip of Dean talking about designing a state set for the band YES and then there are a series of animations of his paintings/illustrations assembled by a fan of his art.

Are You A Roger Dean Fan? - comments and feedback