St. Francis, St. Clare, pilgrims and tourists equal great photography opportunities. One of my favorite ways to make photos is to wander the streets with camera securely and unobtrusively in hand. I poked around Assisi from the Basilicas of St. Francis and St. Clare to the small shops on the narrow streets of this ancient hillside town. My approach worked as I upheld my children's favorite nickname for me - "pokemom." Against a melodic background of Italian chatter - there is very little English spoken in Assisi - I enjoyed my free time and made some wonderful photographic memories. Two happenings stand out in this first trip to Italy and Assisi - October is olive riprening time in the region of Umbria and November 1 is All Saints Day, a Roman Catholic Feast Day and national Italian holiday - both lead to more people and festive airs in the street.

All photos and their derivations are mine - copyright: Georgene A. Bramlage. Ask for permission before copying.

Assisi: The Frescoes in the Basilica of St. Francis
The frescos in the upper Basilicsa of St. Francis are superb. However, a good guide is always handy to understand what they portray and mean.
Buy Now

A Shrine for St. Francis

The Basilica di San Francesco (Basilica of Saint Francis) is built into the western side of the town of Assisi. Francis wanted, upon his death, to be buried here where criminals were executed outside the walls. Pope Gregory IX, Francis' companion Brother Elias and the first Franciscan Minister General, Giovanni Parenti, decided to build the Basilica on this spot forcing city authorities to move the location of the executions.

The Basilica is composed of an upper church and a lower church. Both upper and lower parts are decorated with frescoes by noted late medieval painters such as Cimabue, Giotto, Simone Martini, Pietro Lorenzetti and Pietro Cavallini. Construction of the the Basilica began in 1228. Francis' remains, on Pentecost 25 May 1230, were moved in a solemn procession to the Lower Basilica from its temporary burial place. Pope Innocent IV consecrated the upper and lower Basilicas in 1253.

The Basilica of St. Francis, on the outer west part of Assisi and the Basilica of Saint Clare (Basilica di Santa Chiara) almost at the eastern wall grasp Assisi almost as would bookends or the arms of a loving parent. The distance between them is slightly over one half of a mile and takes between 15 to 30 minutes.

Assisi a small town or comune of Italy, province of Perugia, Umbria region, west side of Monte Subasio. 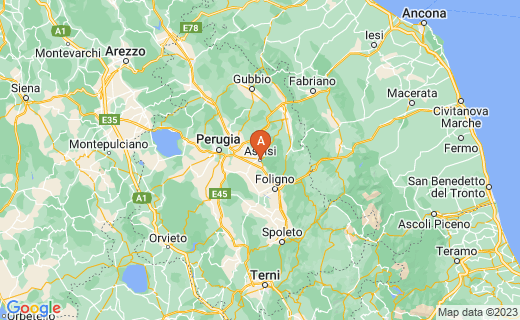 My Favorite Sculpture near St. Francis Upper Basilica - Great juxtaposition between these despondent figures and the cathedral built to honor a saint.

A Good Lightweight Guidebook to Assisi 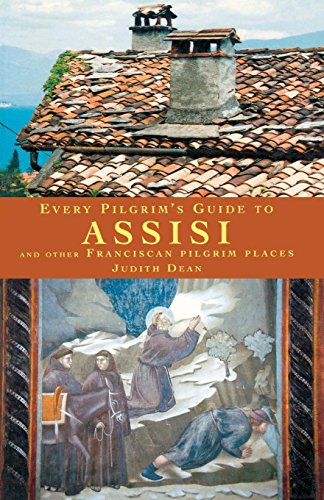 Every Pilgrim's Guide to Assisi: And Other Franciscan Pilgrim Places
A lightweight guidebook is essential to seeing and understanding the sacred places of Assisi. This particular one dates back about five years, so ifyou use it check opening times, regulations, etc.
Buy Now

FYI - St. Francis, Assisi, Prayer, my Camera and Me

I began looking for a trip to Assisi in early summer of 2013. My inquiries kept leading me back to the FRANCISCAN PILGRIMAGE PROGRAMS. I didn't know very much about pilgrimages when I started out, but the information said I'd find out more about Francis, eat simple meals and stay in uncomplicated lodging. Just what I was after. So, I became a pilgrim following in Francis' footsteps for 12 days with 24 others with time to reflect and make photos. I plan on traveling back to Assisi.

Franciscan Pilgrimages to Assisi and Rome

Francis from Assisi: The Playboy Who Became a Saint

Francis and Assisi for the Armchair Traveler

Francis of Assisi: A Revolutionary Life
One of my favorites books about Francis. The author does a fine of describing the life of Francis either though he came to know Francis late in his personal and literary life.
Buy Now

Scenes of Assisi which show the leisurely pace of life in this Umbrian town - Click on images for larger views. 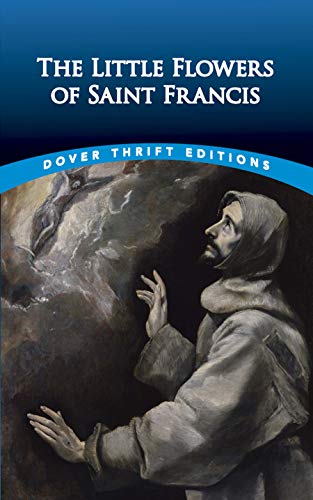 The Little Flowers of Saint Francis (Dover Thrift Editions)
Here is a retelling of stories - some true and others traditional - dear to most people who know Francis.
Buy Now

Street Shrines in Assisi - - click on images for larger views. These shrines have no significant artistic value except to the viewer. It's great, however, to w An Interesting Sculture Without a Name - Located in a garden of David Austin "Assisi" roses outside the Porta Nuova by the Via Borgo Aretino overlook.

I'd love to hear what you thought about this article... Should there be more photos or more words? What's your pleasure?