Better Travel Photo Tip: Get a Small and Lightweight Tripod

Many experienced photographers would even suggest that a tripod is more important than what camera you have or your level of photographic skill.

Relying on steady hands, built-in stabilization, or cranking up (the grain-producing) iso simply won't cut it when it comes to for example low light landscape photography. In many situations you want maximum depth of field and if you want the best image quality, you do not want to play with the ISO. The only solution is using a sturdy camera support. .

Until recently though, the problem with tripods was that they were bulky and heavy. Luckily, carbon-fiber and ultralight metals have come down in price and should be within reach of any enthusiast photographer.

Is this the best camera tripod for travel? 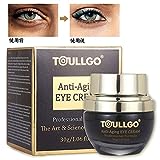 Travel tripod of all that takes camera systems weighing up to 17 pounds.

Camera shake is ruining your photos

Camera shake is the nr.1 reason why many people never get that extra oomph out of their images. Not being able to maximize depth of field is another big reason.

Not taking time to compose and think the image through is another big reason for sloppy tourist snaps.

All of these problems are helped by taking a tripod along as you travel.

You don't have to use a full-size model, any camera support is better than nothing - just make sure that you get something that is built to hold your camera weight in a steady manner.

I use a Benro Travel Angel, the model that came out before this one and it has seen massive rugged use in the field. It still works like new. The compact Benro shown here is their latest carbon travel tripod which is similar to mine, but also has the feature of being a tripod and a monopod in one. The design is pure genius and you simply detach one of the legs and fasten the ball-head to it. This is also one of the few tripods that become flat when folded down for easier travel packing.

The very small and sturdy Manfrotto 709 travel table tripod is the classic that has survived the camera developments from the time of film. 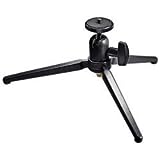 The Manfrotto 709 is the classic that has survived the camera developments from the time of film.

Sold with a compact ballhead, this small travel tripod is a solid metal build which takes loads of 4 - 5 pounds, certainly enough for your average digital dslr.

The Gorilla tripods by Joby are extremely popular and the best travel tripod if you look at number of sales. Personally though, I prefer a full-size tripod but that is a matter of taste.

What makes the Gorilla pods so popular are the flexible legs that allow you to wrap around and seek support on almost any surface.

Having owned 2 of these ultra light weight tripods in different sizes, my tip is to not buy too small since the legs do sag a little bit with age. The weight difference is minimal so go for one size bigger than recommended.

Joby has recently also launched a new series of very compact camera micro tripods. Available in three different sizes, the biggest one show here supports cameras up to just under 2 pounds and is perfect for small hybrid superzooms and mirrorless system cameras such as Sony NEX, Olympus PEN and Pansonic G series. 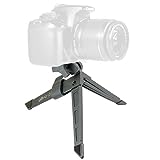 Generally referred to as "steadycam" this type of camera support is something the professional film industry has been using for a long time. Opteka makes several types of small and portable camera stabilizers which are intended for movie making with you camera, but which also help when taking still images. 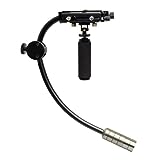 If you use your camera for video more than just now and then, you really should try a steadycam as the difference in results is quite amazing. bouncing.

Travel with a tripod or not?

Do you take a tripod along on your trips?