Katherine is a well known art blogger who has been writing extensively on art on 'Making A Mark' for the last 10 years.

Find out about Reverse Glass Painting (also known as Verre eglomise or 'hinterglasmalerei') - where the painting is painted on one side and then viewed from the other side.

This site aims to provide a resource for those who want to find out more about this very traditional form of European painting which dates back to the Middle Ages. It's also become a traditional art in America as well.

The Tradition of Verre glomis or reverse glass painting

Reverse glass painting is a method of painting where the artists paints the picture on glass - on the reverse side (ie the other side from that through which the glass will be viewed).

Reverse glass painting has a long history in European Painting where it has been known since the 14th century as a traditional painting technique. European names for it are Verre glomis (French) or Hinterglas painting (German).

The earliest known examples of reverse glass painting come from from the time of Constantine - in the 3rd century AD.

After that it emerged again out of the Middle Ages in 13th and 14th century Europe. At that time its primary use was to decorate furniture see some examples of how reverse glass painting has decorated furniture in the "Eaxmples" module below. Small panels of glass with designs formed by engraved gilding were applied to . The methods used are described by Cennino Cennini in Chappter XI of his book "The Craftsman's Handbook"

" Verre glomis " as a technical term name derives from a chap called Jean-Baptise Glomy (1711–1786) who was an 18th century French decorator and art-dealer. This is the man who is responsible for initiating it becoming popular again in the 18th and 19th centuries

Countries known to have well developed traditions include Germany, Austria, Romania, Yugoslavia and the Austro-Hungarian Empire.

This book is regarded as a "standard" in "how to" manuals for artists.

It was written by a fifteenth century artist. It's a "how to" manual for artists working at the same time and ranges widely across various practical matters related to art eg from how to draw, to how paint frescos and how to make paint

In Chapter XI it considers how to gild glass for reliquary ornaments and how to draw on glass, how to scrape off gold and how to back up drawings with colours. In effect it's the first manual on how to do reverse glass painting 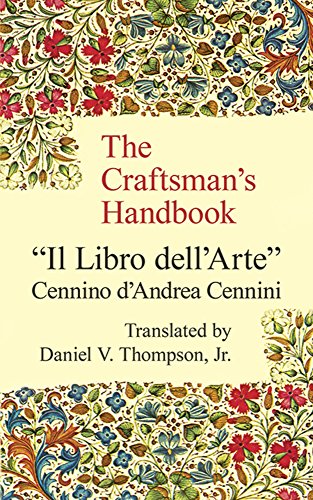 The Craftsman's Handbook: "Il Libro dell' Arte"
Paperback: 192 pages Publisher: Dover Publications (June 1, 1954) This book is centuries old and is now never out of print - but there's never any need to revise the text as its author died some centuries ago!
Buy Now

The history of reverse glass painting varies depending on which European perspective is being used to explain it.

In the hand of people who can paint extremely well, this is a very sophisticated form of painting.

Check out the examples below

The book charts the history of this neglected art from the 16th to the 19th centuries. Almost 100 colour illustrations demonstrate the vitality and charm of these miniature portraits, landscapes and genre paintings.

This section aims to develop a compendium of useful sites which provide information online about reverse glass painting.

The process of reverse painting on glass has quite a few steps. The main principle is that the foreground is painted first and the background last.

This video comes in two parts.

For those wanting tp learn more about the basics of the art of reverse glass painting, this publication covers the basics of 'verre eglomise'.

The author of this book is now an accredited trecher of reverse glass painting for the Historical Society of Early American Decoration.

Reverse glass painting, as demonstrated in this book, involves creating a traditional primitive picture on a piece of glass in a way that the finished image can be viewed on the opposite side of the glass.

Signmakers who use Verre glomis

Comments and Feedback - Has this site helped you?