Yin yang and heart designs for your enjoyment

The Yin Yang symbol, often associated in the west with martial arts or surfing, is an ancient symbol from Asia. It is rooted in Taoist philosophy, and often is drawn with red and blue; instead of black and white. Taoism is a philosophy founded by Lao Tzu who wrote the Tao Te Ching; translated as "The Book of Changes" which provides wisdom to those dedicated enough to study and follow. One way of interpreting the Yin Yang symbol, is that in everything it's opposite - or at least the seed of it's opposite - may be found.

In this light, we would say that there is always the negative in the positive, and vise versa. An example of this sort of approach to being with events is illustrated also in the work of Chang Tzu, another Taoist philosopher who lived after Lao Tzu.

One such story is that of a farmer.

Once upon a time, there was a old farmer who lived in the hills of China. One day, his prized stallion ran off into the country side. The farmer's neighbors consoled him, and said; "We are so sorry for your bad luck, now that you have lost your horse, how will you ever be able to make ends meet?". For in those days, a horse was very important to one's self-sufficiency. "It's a terrible thing", they said. "Is that so?" he replied. The other farmer's probably scratched their heads.

A couple of weeks later, the stallion returned. It had found a mare, and they had mated. The stallion had come back to the farm, and had brought with it quite the bounty. Another horse to till the land, help carry things, and of great value therefore. The neighbors again heard of it, and coming over congratulated the farmer on his good luck. "How lucky you are to have this stroke of great good fortune", they said, and "You are really lucky". "Is that so?" replied the old man. Again, the other farmer's didn't have anything more to say.

The very next day, the farmer's son, 17 years of age fell off the mare while trying to tame it, and broke his right leg in three places, and his left one in two. The other farmers heard of the disaster, and came over to commiserate with the old man. "That's too bad that your son hurt himself so badly", said one. "It's going to make things much harder for you", chimed in another. Again, the old man was impassive. "Is that so?" he asked.

Things progressed at the farm, and the young man's legs, though healing well, wouldn't bear his weight. In the early hours of the morning about a month after his fall the Chinese army came through town. There is a forced draft for any and all young men who are fit and able to take up arms and fight off the invading Huns to the West. Every other able bodied man of the farmer's son's age is recruited and leaves town before noon that day. Because of his injuries, the young man is left alone. He would only slow the army down. "You sure are lucky that your son is still here" said a visiting farmer. "Is that so?" replied the old man. 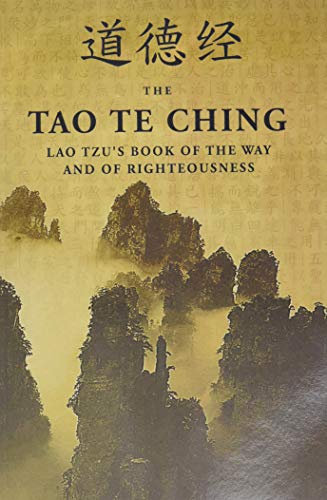 This simple and powerful design combines elements from East and West. It is available over at CafePress courtesy of Hughes Design/Create. I fully enjoyed making these designs; and hope that you enjoy them too. If you are interested in finding out more about Taoism, I suggest reading either of the two authors I've mentioned (Lao Tzu or Chang Tzu). Their writing is short and to the point. Lao Tzu writes in a poetry style; while Chang Tzu's writings read like flash fiction. Each page of their writing is full of potency and meaning, and are fun and accessible to read as well. Highly recommended. Another excellent way to learn about Taoism is to take a walk in the park, or around the block, and just focus on your breathing and footsteps. Try not to think of anything else. Just notice what nature has to offer you.