A look at the Chase contenders by the numbers

With the Richmond race over, NASCAR's championship field is set for 2013. 12 drivers will each have their own opportunity to take home a Sprint Cup and the only guarantee is that NASCAR will have a new champion this year with Brad Keselowski failing to make this year's Chase. So did injured three time champion Tony Stewart, who returned to the track this past week riding a #14 scooter. The chances of seeing a first time champion crowned this season are outstanding. Several drivers will vie for that honor as NASCAR's playoffs begin.

So the time has come to take a statistical look at the final ten races of the season. We'll look at how each driver has done at the last ten races at each Chase track combined. That will include both the Chase race and, where applicable, the track's second race date earlier in the season. Going back much further dips into fourth generation cars and a very different competitive environment on track. With ten races at ten tracks, that leaves a maximum of 100 races per driver overall, a figure reached by several drivers in our field. Again, stats are combined for last ten races held at each Chase track.

In a season with a new manufacturer and a new team, Kenseth is having the best season of his career since winning the 2003 season championship. His win at Bristol a couple weeks ago shows he hasn't lost anything just yet. His overall top five and top ten percentages are above average and he has the third highest laps led percentage. If he and teammate Kyle Busch can avoid TRD engine woes, they will be a force to be reckoned with over the last ten races.

Gear up for the Chase, Johnson fans! 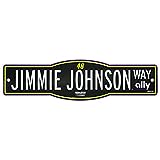 Despite a late-season swoon that saw Johnson virtually limp into the Chase, his past performance indicates that he's still a title threat. He has twice as many wins as the next highest driver and nearly twice the next highest in laps led and top five percentages. The #48 team made its bones on these last ten races and no one knows how to run them quite like Johnson. His biggest challenge is to avoid the bad luck and poor setups that have plagued him the past few weeks.

Historically, Busch has struggled over the last ten races of the season. It's why he's never equaled the fifth place finish he had in 2007 in his last year with Hendrick Motorsports. He also has the same worry as Kenseth when it comes to Toyota engines. They've shown the ability to have power or reliability but not both at the same time. With half of the remaining races to take place on intermediate tracks that's not something the team can ignore. Yet Busch has shown a level of consistency and persistence this season that's been missing in years past. He'll also enter the Chase with significant bonus points. If Kyle can finally put it all together he can discard the title of “Best Driver to Never Win A Championship.”

In his last season with Richard Childress Racing, Harvick has everything to gain and nothing to lose. The team doesn't have any other Chase entrants and he's not the only driver leaving at season-end. So there's no reason to believe he won't get RCR's best over the next ten weeks. His top five and top ten percentages are above the norm and he has the second highest average finish in the Chase field. He also has the best positional improvement (over five spots per race over his starting position) in the field. He's had a quiet season so far but he may be about to come out of hiding.

With his second win of the season at Richmond, Edwards has quietly returned to the 2011 season form that nearly won him a championship. The Ford teams may be at an aerodynamic disadvantage but Edwards has been solidly in the top ten all year and he has a laps led percentage that ranks him fourth among the 12 Chase racers. His average finish is also solid. Kenseth, Kyle Busch and Johnson will get much of the attention as Chase favorites but Edwards is a dark horse candidate to take seriously.

Much like his teammate Edwards, Greg Biffle hasn't drawn a lot of attention this season. But unlike Edwards, he had to earn his Chase spot Saturday night in Richmond. He also has one win to Edwards two. Yet he may be the stronger championship contender of the two. No one outside of Jimmie Johnson has more wins or top five finishes. He also knows how to make sure he brings the car home; he has only four DNFs in 100 races, second-lowest to Johnson. If the Biff gets out to a fast start he may be able to ride that momentum all the way to a title.

Like Martin Truex Jr., Logano raced his way into the Chase at Richmond and may have reached the pinnacle of his season. But unlike Truex, Logano has been on a roll the past few weeks and may be heading for a breakthrough. His teammate Keselowski might have missed this year's Cup Chase but he's still the defending champion; Penske is capable of winning a championship. It was exactly the kind of roll Logano is on that sent Keselowski to a fifth place finish in 2011 and lifted him to a title in 2012. Logano needs to learn how to race in the Chase; at the ten tracks he has the lowest average finish, few laps led, and 10 DNFs. With the field as wide open as it sits right now, the road is wide open for Logano to do what he hasn't done in years past and compete for a title.

Last year's runner up enters this year's Chase already one step ahead of the second place jinx. He's been a fixture in the top ten in points for most of the season and he's already proven his ability to get it done in the Chase; in addition to last year's effort he also has a third place finish in 2007 and a fifth place finish in 2008. Bowyer was one Jeff Gordon meltdown away from title contention last year- and Gordon isn't in the picture this year. Finally, he has the highest top ten percentage outside of Johnson and consistent top tens are critical to Chase success.

Much like last season, Earnhardt coasted into this year's Chase. He made the field based on strong performance over the first half of the season and then not blowing it in the races leading into the playoffs. But there's nothing in this season or the last ten tracks to suggest that this may be Earnhardt's year. He has one of the worst average finishes and zero pole starts to go with only one win in those 98 races. A top five finish is possible but unlikely given the strength of the other contenders in the field.

The first Chase winner is the front page story today after carrying his single car team into NASCAR's Chase for the Sprint Cup. It's a feel-good story that excites the fans and proves once again just how talented Busch is. Will Busch have a storybook ending at Furniture Row before moving on to Stewart-Haas Racing next season? The numbers say no. He has the second-lowest average finishing position and one of the worst top ten percentages. He also has ten DNFs at the next ten tracks, another number well above the norm. Finally, he remains at the mercy of Furniture Row's uneven pit crew, which once again was up and down Saturday night at Richmond.

Truex qualified for this year's Chase on the strength of his win earlier this year at Sonoma plus a second place finish in Texas. By the numbers, he is not a strong Chase contender. He has 15 DNFs at the next ten tracks, highest in the Chase field. He has the lowest top five percentage and his laps led percentage is half the field average. Finally, while his wrist is healing that's a far cry from mission accomplished. Like Earnhardt, he is a driver whose season is a success by making the Chase; anything from here out is pure gravy. 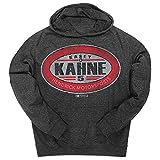 Kahne's past average is not indicative of his potential this year. He's had substandard equipment in several past years, including a lame-duck season with a lame-duck team in Red Bull Racing. Yet he still has a solid top five percentage and he's in Hendrick equipment this year. His challenge is similar to Johnson's; they've both had awful luck at times this season. It's reaching the point where it's fair to ask whether the team's setups are treading too close to the edge and resulting in malfunctions. But Kahne fans take heart; this is the best shot at a title he and Kenny Francis have ever had.

Who will win the 2013 Sprint Cup championship?