What Is A High Wheeler? - Ohio Bicycle History

The name "high-wheeler" or "highwheeler" refers to an early style of automobile design, but also to a style of antique bicycle.

Several different names for this type of large-wheeled bicycle exist and I am familiar with some of them, because my father's mining machinery employer actually made these bicycles in the 19th century and employees enjoyed making them.

The high-wheeler was a fad of sorts, but today we can often see them appearing in parades. Antique versions of the cycle sell for large amounts of money, but the public can see an exhibit of such an antique in several museums, including the Henry Ford in Detroit.

The Jeffrey Mining and Manufacturing Company located in Columbus, Ohio; in North Carolina; and elsewhere became better known for mining and industrial machinery, but in the 1880's they made high-wheeled bicycles that became popular.

These bikes included special safety features that prevented the rider from flying over the top of the bike. However, this type of pedal transportation became less popular after 1890. By then, it was replaced by two-wheelers with equal-sized wheels; but in 1887, the Jeffrey high wheeled safety bike was all the rage.

The company went on to produce various large machinery and other equipment, manufactured items for WWII military operations, and returned to mining machinery post-war. The company closed down in the late 20th century, its manufacturing floor to become the State Library of Ohio on East First Avenue in Columbus. Additional attached buildings were refurbished or replicated and remodeled for apartments.

If you visit the library today, you can view large photos of the old manufacturing plant and various machinery pieces on display in old-time parades many decades ago. 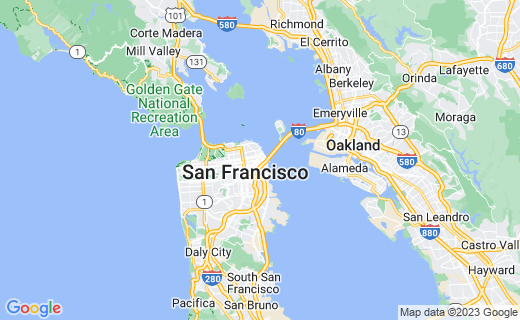 Life is like riding a bicycle. To keep your balance you must keep moving.

A high wheeler is also an early automobile that had narrow, large-diameter wheels. About 40 brands of cars used this body style in the beginning of the 20th century.

Another name for this type of bicycle is the penny-farthing, which might indicate that this is the British version of the two-wheeler from the 19th Century -- A penny and a farthing placed side by side resemble the wheels of the bicycle. A nickname for this type of bicycle is high-wheeler. It was also called the ordinary bicycle. The first vision of this vehicle was called the bone-shaker and it's rear wheel was not so much smaller. It did jostle the rider quite thoroughly.

Another name brand for the high-wheeler is the Columbia Expert 1883 - 1885. The Columbia Expert was built in Boston, Connecticut by the Pope Manufacturing Company. One of these bicycles was ridden as late as 1984 in the Ride Across America event and it likely appears at other biking events.

The aviation Wright Brothers had a famous bicycle shop in Dayton, Ohio before they flew their first airplane at Kitty Hawk, North Carolina. Thus, there is a lot of bicycle history in Ohio and a lot of biking rails. Large bicycle clubs have formed and internationally known bike races and tours begin in Columbus, Ohio quite often - like the Pelotonia that benefits cancer research.

The boneshaker, first produced in 1970 to the left in the photo below was a forerunner of the high wheelers that appeared in 1883. The American Safety high wheeler began production in 1887.

Huffman Manufacturing Company makes bikes today and was conceived by George P. Huffman when he bought a sewing machine company in 1887 and moved it to Dayton, Ohio. Changing to the production of bicycles, Huffman's son Horace made the Dayton brand bike, followed by Huffy. Huffman Prairie at Wright Patterson AFB is the area where the Wright Brothers tested their aircraft.

If you have the opportunity, visit the Bicycle Museum of America, in Ohio at:

The museum includes the historic C and J Safety Bicycle that you might enjoy seeing.

Chapters Seven and Eight in the book Bicycle,by David Herlihy (2004) are devoted to the High-Wheel Era. These chapters contain many pictures, cartoons, posters, and photographs of the famous bikes.

The Bicycle Museum of America 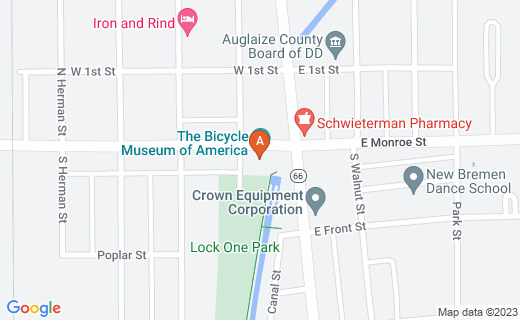 At the Pedaling History Museum In New York