Comcast an interesting choice for NASCAR

Before getting started, let's go ahead and get them out of the way. No, NASCAR Xfinity Series races won't be starting sometime between 11am and 2pm with a money back guarantee. No, the cars won't be slowed down during peak racing times. And yes, all of the drivers who are shutting their engines off and turning them back on under caution are just following the Comcast service playbook. Setting all the jokes aside, NASCAR may have just made the smartest sponsorship deal in their history.

Comcast has enjoyed a meteoric rise as a content services provider. Rising out of the ashes of a dozen failed cable providers nationwide, the company has gradually built itself into a dominant position in the home cable market. Their pending acquisition of Time Warner Cable will only bolster the company's stranglehold on the cable and broadband internet markets. That kind of market share allows the giant to negotiate from a position of strength when it comes to both price and location of cable channels on a consumer's television.

Meanwhile, NASCAR is embarking on a new ten year television contract that will pay the sanctioning body billions of dollars while risking its entire future. Fox and NBC overpaid for the NASCAR product because they're counting on the series to establish their respective sports channels (FS1 and NBCSN) as viable competition to ESPN. Those networks are available in far fewer homes today than ABC/ESPN and NASCAR's ratings will undoubtedly suffer when races move to the smaller networks.

Enter Comcast. While the cable giant won't be moving FS1 and FS2 to a more competitive tier or paying more for their rights simply because they're in the NASCAR business. But it certainly won't hurt. The company now has a major vested interest in seeing stock car racing succeed and they will be able to promote it in ways no other company can. From the phones in our pockets to the high definition monsters in our living rooms, they have the ability to promote the series on every consumer screen.

In a way, the deal is more surprising from Comcast's side. The company is spending a reported $200 million to put its Xfinity brand on NASCAR's second tier series. Frankly, it's the kind of investment that they simply do not have to make from a pure dollar perspective. In many of their markets, they are the sole land-based provider for the services they offer. If you don't know who Comcast is, it's likely because they aren't available in your area.

Yet there's a very simple- and very obvious- reason why they came to the table. The company has perhaps the worst public image of any major service providing corporation. They consistently rank at or near the bottom in customer service polling. The jokes that accompanied their announcement were only partially in jest, the product of thousands of NASCAR fans who have been frustrated by having to deal with this company in the past. In short, Comcast is not much loved by its customers.

Full disclosure, I'm one of them. And in what's something of an understatement, if I had a choice, I wouldn't be.

The company recognizes their reputation both publicly and privately. They've launched a number of ad campaigns designed to tell customers that they're working on their problems (no matter how weak those campaigns were; the idea that a company was bragging about hitting a three hour window for its appointments was laughable). Comcast maintains a number of offices in my area and I've talked to their employees. Believe me, they know what people think.

A future NASCAR champ's gear? Get it here! 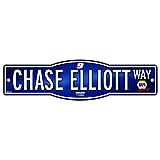 The NASCAR sponsorship is yet another effort by the company to change its public image. This agreement will enable Comcast to bedirectly identified with the up and coming stars in the sport, the Sprint Cup champions of tomorrow. Unlike an individual car sponsorship, their exposure won't be limited by performance or other variables outside of their control. With every mention of the series, Comcast will have its name a part of the discussion. Will it single-handedly turn the tide of public scorn? Of course it will not. But things like this do make a difference.

The ability to associate your brand with something people love is the driving motivation behind every sports sponsorship. This is especially true for brands that have taken a public beating. Bank of America has it logo all over New York Yankee broadcasts and that's no accident. They may never gain as much in deposits as they spend to put that logo there. But every dollar spent is designed to make Yankee fans think positively about a company that's had its own share of customer service fiascoes.

While the immediate benefits are on the table, there is also the added benefit of long term stability for the sport. Nationwide Insurance stayed as the series' title sponsor for only seven seasons on a pair of short-term agreements. After nearly three decades spent as the Busch series, Nationwide never felt like a long term partner for the sport. Certainly they spent a good amount activating their series sponsorship and they never spoke ill publicly of auto racing. But somehow, the idea of a car insurance company sponsoring a sport where cars wreck never clicked.

This agreement is something else entirely. Comcast will have its name on the series for the next decade. Even if their Xfinity brand later goes away (as may happen), ultimately there is no question what company is the title sponsor. Like the ten year agreement that brought labor peace to the NFL, sometimes it's worth leaving a few dollars on the table to know that your overall environment will be stable for the next decade.

Certainly there are some risks associated on both ends of the deal. NASCAR is associating itself with a national brand that is toxic in many regions of the country. And Xfinity, sells itself as the top end of entertainment technology, is now aligning its brand with a sport considered backward in some regions of the country. NASCAR racing may be high tech, but its greatest popularity is still Southern and that's unlikely to change over the life of this agreement.

Despite those risks, the decision to partner up ultimately looks like a good one. Both sides have made a major commitment to each other both in time and in dollars. The opportunities- for both NASCAR and Comcast- are significant and real. With their interests so closely aligned, they will have every opportunity to prove it over the next decade. Yes indeed, this was an interesting decision for the second most popular auto racing series in America.

Do you feel NASCAR made a good decision in making a deal with Comcast?