NASCAR's fourth stop of the 2014 season brings the field to the half mile bullring known as Bristol Motor Speedway. In three races this season, the Sprint Cup series has crowned three different winners. Three different teams have virtually locked in their spots in NASCAR's Chase for 2014 and can now go for broke in improving their position (evidence Dale Earnhardt Jr's gamble this past week at Las Vegas). Will Bristol see a fourth driver do likewise, or will the fourth stop bring the first repeat winner of the year? Let's take a look at the comers and goers over the past five years at Bristol.

Before going any further, a quick note. We'll be looking at the statistics over the past ten races, all courtesy of racing-reference.com. Going any further back takes us into fourth generation cars and a completely different race environment in terms of competition on the track. We're also in no way advocating gambling in any way shape or form. These odds are purely for informational purposes only. Finally, you'll rarely see the backmarker teams as a sucker's bet. By their very nature those teams are unlikely to win and there's little skill in predicting a 35th place team won't win in a given week.

Few drivers are as good a bet at any single track as Kyle Busch is at Bristol. He's won four of the last ten Bristol races and is the only driver with an average finish under 11th place (7.8). He's also led over 19% of the laps during those events and finished in the top ten seven times. What's perhaps even more terrifying is that he's accomplished all that under the old qualifying format, where he's averaged a pedestrian average starting spot of 19.3. Imagine how much damage he could do starting closer to the front? Toyota has yet to win in 2014 but that will likely change this coming weekend.

Keselowski seems to have rediscovered the mojo that led him to a Sprint Cup title in 2012. Outside of Talladega, Brad nearly averaged a top five finish over the final five races in 2013 and has hit the ground running this year with two 3rd place finishes and a win this year. Now he comes to Bristol, a track he's won at twice before and led over 10% of the laps. He's also averaged a start of 13.5 during his eight races at Bristol- a key component in finishing up front with a track this short.

Before 2014 began it was hard to call Earnhardt the favorite to win anywhere outside of Michigan. Even his once-vaunted plate track skills were a step slow, leaving the #88 to play the bridesmaid time and again at the superspeedways. Yet after finishing inside the top two for three straight weeks, it's clear that Earnhardt's team is brimming with confidence and firing on all cylinders. And although it's been a decade since Junior won at the bullring, he has the second highest finish among all drivers at 11.3 over the last ten races. He's also finished on the lead lap for all ten of of those events and has the highest average position improvement, landing over 12 spots above his qualifying position. Earnhardt could win his second race of the year this weekend and virtually no one would be surprised.

Johnson has led more laps at Bristol over the last ten events than anyone this side of Kyle Busch. He's got the third highest average finish and seven top tens during that time frame (including a win and five top fives). The only reason Johnson has moved to the back burner is thanks to the explosive start that teammate Earnhardt Jr. has had. With the success he's had at the track, Johnson may well officially begin his pursuit for “se7en” by punching his Chase ticket with a win at Bristol.

Matt Kenseth has quietly compiled an excellent record at the half mile high banked track. Over the last ten races he has a win, four top five and seven top ten finishes. He's also led a very respectable 8.5% of the laps run. Just as important, he has an average starting spot of 12.8 during that period. It's also worth noting that running up front here isn't a new story for Matt; he's won a total of three races . Finally, it can't hurt being able to trade setup ideas with teammate Kyle Busch, who's very nearly owned this track in the recent past.

The defending spring race winner, Kahne has an average finish of 1.5 in the last two Bristol races and 14.1 over the last ten (8th highest among active drivers). In fact, outside of a 37th place finish in the 2012 spring race at Bristol, Kahne's lowest finish in the last 7 races is 11th. Bristol is a track that rewards drivers for qualifying up front and running aggressively; Kahne excels at both. Like Johnson, the only reason Kahne is being overlooked in some corners this weekend is because of the shadow cast by teammate Earnhardt.

Among drivers in A or B level equipment, no full time driver has a lower average finish at Bristol than Almirola's 30.0. And yes, that includes Danica Patrick's average finish of 27.7. He's only finished three of his six Bristol races, none of them on the lead lap. He's failed to lead a single lap as well. What's puzzling is that he has a very respectable average start of 14.5, so it's not as if he's been caught a lap down early and never had a chance. Sometimes a track just gets inside a drivers head and so far Bristol has taken up permanent residence in the skull of Aric Almirola.

Speaking of Bristol being in a driver's head, Tony Stewart has inexplicably struggled at Bristol of late. Outside of a second place finish at the spring 2010 race, Smoke's highest finish in the last nine races here is a 14th place run two years ago. He also has five finishes outside of the top 25 during the same time frame. What's worse is that despite finishing all nine of those races, he's ended on the lead lap only three times and lead a grand total of three laps. Add in his still-recovering leg and Sunday afternoon is likely going to be a long one for the owner-driver from Indiana.

Yet another SHR driver makes the bottom group for Bristol. Kevin Harvick's average finish over the last ten Bristol races is 19.5, placing him just above boss Stewart's 22.0 and just below a number of drivers in similar or better equipment. He's also run towards the back of the field all race long with a starting spot of 19.7 and averaging 4.4 laps led per 500 lap event. In fact, take out the 2011 spring race and that number drops to 0.7 laps led per event. Harvick might surprise; he was a force to be reckoned with at the track during the first five years of his career. But with only one top ten in five years it's hard to see “Happy” turning that luck around this weekend.

Forget the odds, get your Harvick gear on Amazon.com! 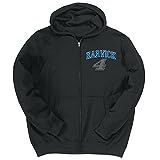