Furniture Row Has a Decision to Make

The garage's worst-kept secret of the past week became official as Kurt Busch announced he'd signed a contract to drive for Stewart Haas Racing in 2014. With 12 races left to go in this season and a Chase berth still within reach, the pending departure of Busch sounds a sour note on a season that so-far has been the best the Furniture Row team has had in nine years at NASCAR's Sprint Cup level. Thanks to Busch's performance, their ride is more attractive to big name drivers than its ever been before. But the team will need to make a choice; do they pursue one of those big name drivers and try to continue running near the front or revert to the third-tier status they've held prior to Kurt's arrival. 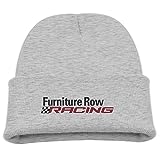 Prior to this season, Furniture Row was never considered a threat to run up front on Sundays. Regan Smith's Darlington victory in 2011 still represents the only win the team has ever had. That year also featured the first top five (or top ten, for that matter) finishes in team history. Monetary issues plagued the team throughout its history as they have scaled their race schedule up and down multiple times. The team's ability to compete financially depended on how much money parent company (and primary sponsor) Furniture Row wanted to spend on racing.

There's no question that the team has progressed since joining forces with Richard Childress Racing. Childress' decision to scale down to a three car operation enabled Furniture Row to take over Clint Bowyer's former points position in 2010, guaranteeing the team a spot in the dance on a regular basis for the first time. The two teams joined together on more than just points; RCR began supplying Furniture Row with engines, chassis and technical support. They've shared personnel as RCR's director of racing operations, Mark McArdle, spent the last four years building the FR program in Denver. They even provided a spare hauler to help FR get to the track when their own truck wrecked on an interstate.

The union paid dividends at the race track as well. For the first time, the team had stability behind the wheel and in the shop. Regan Smith began running with the team in 2009 and his results over the next three years exceeded anything the team knew prior. The Darlington win was a breakthrough moment but in reality the entire 2011 was a breakthrough season for Smith and for Furniture Row. Aside from a couple wrecks, the team finished in the top half of the field most races. Their final points position suffered from those accidents but the steady growth raised expectations heading into 2012.

Those expectations never materialized and resulted in Smith, the team's driver since 2009, being replaced with Kurt Busch. Kurt represented an upgrade in driver talent and he's proven it since joining the team near the end of 2012. In 30 Furniture Row races, Busch has six of the team's nine top five finishes, 14 of its 22 top ten finishes and 368 of its 416 laps led. With less than one full season behind the wheel he's obliterated almost every team performance record on the track and been a huge force in driver meetings off of it. He's still the same old Kurt in the cockpit; angry, profane, competitive, and above all else, a wheel man.

Having Kurt Busch drive the car has given team owner Barney Visser his first true taste of being a player in NASCAR. He's seen his driver (and his company's logos) be a major part of pre-race interviews, in-race coverage, and post-race recaps. Instead of wondering whether his team will finish on the lead lap, Visser has a legitimate chance of ending the night in victory lane. Instead of making plans for a vacation after Homestead, there's a chance his team will make the short trip west from Denver to join NASCAR's championship celebration in Las Vegas. Having had that taste of success, will he be able to accept taking the step back that signing a lesser driver will bring?

Because that's the crux of the choice that's facing Furniture Row next season. Do they sign one of the bigger names out there that are still free agents for 2014? Do they sign a journeyman driver to control some of the rising costs associated with racing (remember, this team didn't run a full schedule as recently as 2009 due to financial problems)? Or do they roll the dice on a younger driver and hope they strike gold instead of pyrite? Each decision has its own advantages and its own concerns.

On the free agent front, several quality drivers are in the market for a ride next season. Ryan Newman is the name often bandied about in connection to both Furniture Row and their de-facto teammates at RCR. With Austin Dillon's unannounced but expected promotion to drive the #3 next season, RCR would need to expand back to four teams to add Newman. They've done that in the past but a more practical answer may well be to stash Newman over at Furniture Row. Newman consistently qualifies up front, is in Chase contention, and will pick up a race win or two over the course of a season. He's likely reached his ceiling as a Sprint Cup driver but he'd represent a major upgrade on what Furniture Row has had prior to Busch.

Juan Pablo Montoya is another interesting thought for the #78. Prior to this season his team ran the same engines as FR and RCR so he'd be somewhat familiar with the equipment. After being released from Earnhardt Ganassi Racing, Montoya will be strongly motivated to prove his detractors wrong. Montoya also brings a very different voice to the table that both teams would benefit from. Finally, it's worth noting that Colorado (where Furniture Row is headquartered) has a substantial Hispanic population; by percentage it's the largest of any state not sitting on a national border. Like Busch has, Montoya would also benefit from working in an environment with minimal sponsor obligations and maximum on-track focus.

The positives for either of those drivers are obvious. They bring a veteran presence and credibility to the shop and have a history of making an impact on the track. Neither will need to be hand-held through the season and both would bring a good deal of attention to the team. At the same time, there's a reason why these drivers are available in the first place. Their performance in top-shelf equipment has not met expectations and they've both had several years in place to try and get there. Both drivers would also come at a fairly steep contractual cost both in dollars and in years; if it doesn't work the team will be hamstrung for years to come with that albatross around their necks.

The team could instead opt for a middle ground. There are any number of veteran drivers available at a minimal cost. Their potential to win races and run up front may not be as high but neither would the commitment required to put them in the car. At the same time, their veteran savvy and experience would enable them to qualify for races and avoid the higher costs in wrecked race cars associated with a younger driver. Someone like A.J. Allmendinger, David Reutimann, or David Ragan would fit nicely into this category.

The third choice would be to find a young driver at one of NASCAR's lower levels, promote him to the Cup car, and make the long term commitment to grow together. Without question this choice would lead to lower on-track results in the short term; 2014 would essentially be dedicated to the learning curve necessary to acclimate a young driver. There would also be some work necessary in finding the right combination of driver-crew chief-spotter to ensure that the on-track results are maximized. The advantage with this choice is that it lowers your driver costs and also potentially builds a new “face of the franchise” that the team/sponsor can make their own. They've gone down this road before with Regan Smith and likely would be able to replicate or improve on that experience should they choose to do so again. Brian Scott, who drives the #2 for RCR in the Nationwide series, would be a particularly good choice in this respect.

The decision facing Furniture Row cuts to the heart of what this team wants to be (and fiscally can be) over the next decade. Will they be a team capable of winning races and competing for championships? Or is this year's flirtation with Busch merely a blip on the radar of competitiveness? Winning isn't easy and nor is it cheap. There's no easy answer to who replaces Busch in the #78; frankly, all parties involved would likely be better off had Busch stayed. Since that isn't going to happen, all eyes will be watching to see which way the team goes. More of the past- or upward in the future?

What kind of driver will Furniture Row hire to replace Busch?