How To Make Your Own Bio-Diesel And Save Money.

This is hard to believe, I know, but if you own a diesel vehicle have you considered converting it to run on USED Veg oil? Yes that's right, USED Veg oil.

In the following article I am going to give you the information you need to save yourself a fortune on the cost of your motoring.

Disclaimer, please note that the advice contained in this article is for information purposes only and the writer will not be held responsible for any damage caused to your engine should this arise. Certain common rail diesel engines may not be considered for converting to bio-fuel and the manufacturer should be contacted before using any diesel replacement fuel. If your vehicle is still under the manufacturers warranty do not use diesel replacement fuels as

this may void your warranty.

Check with the manufacturer.

Well with all that said I will now give

you the necessary information

on your motoring costs.

Watch the video and be amazed....I was.

Before I give you my recipe for your used veg oil fuel I recommend that you watch the video below which was made by Top Gear, a BBC television programme in the UK. What you see is a film of a Volvo diesel car emptied of fuel then filled with veg oil, started up and set running round the Top Gear race track driven by an AA Service Technician.

If you search on the internet for information related to used veg oil fuel you will find lots of great information.

What I have found is that it is probably best that you begin making only small amounts of fuel as test batches and mix it with your regular diesel to start with. That way you can gauge how well your engine will run using a mix of diesel and veg oil. I started making 1 litre batches adding it each time I filled up at a petrol station. The first thing I noticed was how quiet the diesel engine on my Renault Master Van became on start up and how smooth the engine would run.The reason for this is that the veg oil provides more lubrication to the moving parts of the fuel pump.

What I would say is that when you have driven for 2000 to 3000 miles on the fuel mix check your fuel filters and replace if necessary. It is possible that your filter could start to clog up if you are using used oil as it may not be completely possible to remove all particles of food left in the oil after straining. More on this shortly.

Whilst testing my fuel mix I quickly noticed that my fuel consumption was improving. On my Van there was a computer which worked out how economically the engine was running at any given time. Prior to using my fuel mix it would get around 28 to 35 miles per gallon. I was recording 37 to 42 miles per gallon using the fuel mix when adding 1 to 2 litres of veg oil when filling up at the pumps.

Because my vehicle was still under warranty I didn't want to take the risk of damaging the engine should the theories not be substantiated about using veg oil. My fears were put to rest once I had started using the veg oil.

If you look back to the time when the first diesel engine was developed you will find out that it was designed to run on peanut oil.

So where did and who started the petro-chemical industry we know today?

It is thought that the industry was formed around 1859 by native American Indians who discovered that they could make fuel from oil from the ground and medicines. Around the year 1860 oil wells were springing up all over Pennsylvania and by 1865 a man called John D Roosevelt began buying up these wells. He ended up owning 90% of the oil refining companies in the US.

In my view this is where the monopoly began and the birth of a monster which would inevitably cripple the planet with pollution.

A better decision would have been to pursue the use of Hemp as a fuel for use in diesel engines instead. Eventually the use of Hemp was made illegal. Why was this? Because it was a threat to the massive industry which had evolved around oil.

Another reason is that Henry Ford had become friends with Rockefeller and they had combined to produce engines only to run on this planet killer fuel. If the decision had been different and if Henry Ford had gone ahead and built engines which were capable of running on veg oil then the state of the planet would be very different today.

Veg oil is still a threat today and this can be seen with the hike in the cost of veg oil in shops. Not so long ago you could buy a litre of new veg oil for pennies. Now the price of the oil is more than the cost of a litre of fuel from a petrol station. Coincidence, I don't think so. Governments and the chemical industry would have quickly seen this and the amount of revenue they stood to lose. Petro-chemicals would lose massive amounts whereas governments would lose the tax revenue and in the UK this amounts to something ridiculous like 75% of the cost of a litre of diesel / petrol.

My veg oil recipe and how to produce it is as follows. Please note that you should check with your local laws regarding the production of fuel for your own use. In the UK you are allowed to produce around 2000 litres per year without having to pay fuel duty if it is for your own use. If you make more than this then you would need to register with the HMRC in order to pay the correct fuel excise duty to the government.

To make your first test batch of fuel you will only need a few simple household items.

Heat the used veg oil checking the temperature does not go above 72 degrees or until you see that all the water bubbles have stopped rising in the oil.

Carefully strain the warm oil through the sieve with a piece of kitchen towel inside the sieve to catch any food particles / debris.

Allow the oil to cool before adding the fuel additive and Turps / White spirit. Add around 5cl to 1 litre of oil and a cap of fuel additive.

Allow the fuel to mature out of sunlight for around 7 days. After this time you are ready to test your first batch and mix it with your next fill up of diesel. Put your test batch in your tank then fill up with regular diesel as normal. That way you will get the veg oil to thorougly mix with the diesel.

How much could you save?

If running your car completely from veg oil is not an option then go with veg/oil diesel mix to save you money. If your car is fitted with a 50 litre tank then work towards getting the right mix in termsof running and fuel consumption by drasdually increasing the amount of veg oil you mix with the diesel. A good amount to save would be 20% to 25%. A saving of £15 to £20 per tank would be a good saving.

Bear in mind you will also need to make contact with a supplier of used veg oil. Small hotels and restaurants are good sources of used oil. Make sure though that they do not use the blocks of animal fats as this is no use to you. It must be veg oil, sunflower oil, rapeseed oil. A check can be done prior to removal from the premises. The oil must not have sediment throughout the oil. Small particles of food is acceptable so long as the oil is reasonably clean and not contaminated with too much water. 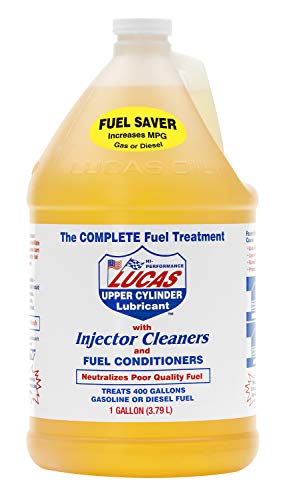 Copying of this article is forbidden

The copyright of the work of poshcoffeeco is protected. Please do not publish any work of Steve Mitchell without first receiving his personal permission. Any attempt to illegally copy his work will be subject to the laws of the land of Great Britain at the time of publishing.

Other great Hubs on Bio Fuels.