Late last week word leaked out that IndyCar driver Tony Kanaan visited the Joe Gibbs Racing shop in North Carolina to discuss the possibility of moving over to drive in the Nationwide series for JGR. Kanaan, who's driven in various open wheel series since 1996, is currently without a ride for 2014. IndyCar's own silly season has several pieces yet to fall into place and it's natural for any driver to feel unsettled at the prospect of not having a chair when the music stops. With three national touring series and television exposure for virtually every race, NASCAR provides a tempting alternative for someone of Kanaan's pedigree. If this is anything more than a negotiating ploy, Kanaan should remember that the grass isn't always greener on the stock-car side of the fence.

Obviously, Tony would not be the first open wheel driver to make the transition to NASCAR. Another Tony (Stewart) is the most successful recent example, having won 48 races and three championships since moving over 15 years ago. Other current stock car drivers with an open wheel pedigree include Juan Pablo Montoya, A.J. Allmendinger, Danica Patrick, and Sam Hornish Jr. among others. Owners such as Roger Penske and Chip Ganassi have teams competing both in NASCAR and IndyCar. So there's clearly a precedent for a making the transition from one type of racing to the other.

Check out this Kanaan scale size at Amazon 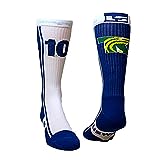 Yet the last 20 years are littered with examples of drivers who were unable to succeed once they climbed into a stock car. Perhaps one of the worst cautionary tales is that of Dario Franchitti. After winning the 2007 IndyCar series championship, Dario moved over to drive for Ganassi's Sprint Cup team. He'd competed in a handful of Nationwide events to close the 2007 season and with his talent much was expected in 2008. After all, he was a defending series champion with 18 wins (between CART and IndyCar) to his credit at the time. Yet he struggled miserably at the Cup level, averaging a finish near 35th place and was gone after the season's 17th race at Loudon. He returned to IndyCar in 2009 and since then has won three more series championships and 13 more races.

The drivers who have been successful recently in making the move from open wheel racing have had a few things in common. First, they've all be fairly young. Stewart was 25 when he ran his first Nationwide race, Allmendinger was 25 for his first cup race and Montoya was an ancient 30 for his. A younger driver is less likely to be set in their ways and has fewer driving habits to unlearn. They are generally more open to change and willing to make the necessary adjustments to their driving style to be successful in a new kind of car. Kanaan will be 39 when the next season starts, an age when drivers are closer to retirement than their debuts.

Another thing the successful movers have in common is their long term commitment to becoming a NASCAR driver. They recognize that being successful at the Sprint Cup level is not the work of a year or two. They may or may not spend time in the Camping World truck or Nationwide levels to become familiar with the basic car control differences. For those who don't, those first seasons in Cup are a recognized learning experience where the goal is finishing not winning. Ultimately, there is a long term plan in place that's measured in years, not months. That plan includes realistic goals and multi-year sponsorship agreements. In other words, moving to NASCAR is not an “experiment” or a trial run. It's their planned racing stop for good.

The Franchitti example again provides an excellent example of why this is necessary. Dario came to NASCAR essentially out of boredom. He'd dominated the IndyCar series the prior year with only two drivers finishing within 100 points of him. The racing world was abuzz on the topic of open wheel drivers moving to NASCAR with Sam Hornish Jr. and Juan Pablo Montoya both moving to stock cars. Franchitti, looking for a new challenge, did so as well. Yet he made the move without laying the necessary foundation to be successful in the long term. There were no sponsorship agreements in place. He ran only four Nationwide races prior to his Sprint Cup debut. The season itself was a disaster including several missed races thanks to an injury at Talladega. Ultimately, Ganassi saved Franchitti from further embarrassment by dissolving the team mid-season.

Another open wheel racer who made the move at the same time was Sam Hornish Jr. Like Franchitti, Hornish struggled making the move from IndyCar to NASCAR. Nicknamed “Dances With Walls” by the Yahoo NASCAR Race chat crew, Hornish also averaged a finish near the end of the field due to numerous wrecks. Yet his move was clearly for the long haul. He ran 11 Nationwide and two Sprint Cup events before running the Cup car full time in 2008. Pointedly, when he lost his Cup ride he didn't scamper back to IndyCar with his tail between his legs. He dropped down to the Nationwide level to stay in NASCAR despite having the pedigree and talent to move back to IndyCar at the top level. He's made tremendous improvements every year and is a real contender for this year's Nationwide championship. He committed to NASCAR and although it has taken years, he's becoming successful at it.

Tony Kanaan, for all his driving talent, doesn't have those years. While running for Gibbs would put him in championship-level equipment, he needs more than equipment to be competitive. He needs seat time- seat time that he's spent in an IndyCar for the last decade. The only thing in common between an IndyCar and a Nationwide are the four wheels they ride on. A driver's competitive spirit and desire to win may transfer but little else does.

In all likelihood, the meeting is little more than a negotiating ploy for the former series champion. He's approached a number of teams and been told that there is no room for him at those operations without sponsorship. Given his veteran status and track record of success, Kanaan probably feels he's better than that. A meeting with a top-shelf NASCAR team shows that Tony is in demand and worth taking a chance on. His on-track performance isn't what it once was; he's won only two races and failed to finish above fifth in the season standings over the past five years. At this stage in his career, Kanaan isn't looking to sign with a team that will further that slide.

But Tony should not be seriously considering a move to NASCAR unless he plans on finishing his career there. The move risks serious damage to his legacy if unsuccessful- and given past examples, there's every reason to believe it would be exactly that. There's a difference between seeking new challenges and tilting after windmills. Kanaan would be best served by remembering that the grass is not always greener on the stock car side of the fence.

Should Tony Kanaan try his hand at NASCAR?