One of the underlying tenets of all NASCAR punishment before this week was that no matter what the action was, they would never change the actual results on the track. The reason was simple; fans needed to know who won the race when they drove away from the speedway. With the dawning of the digital age, fans no longer get race results from the next day's paper. Most don't even wait for an evening sportscast. But the principle remained something NASCAR jealously guarded before this week. Another important touchstone was the refusal to review judgment calls. No matter how bad something looked on replay, once the race was over it was not reviewable. But with the penalty assessed to Michael Waltrip Racing, both of those principles have been tossed aside. Now NASCAR will have to live with the consequences.

There were very good and cogent reasons why these two principles guided NASCAR's decision making over the years. As Mike Helton noted, there's no possible way (short of re-starting the race) to control or rule over the ripple effect of an on-track event. It's impossible for NASCAR to accurately re-create the conditions at the time of the event; the cars have all gone onto the hauler, the tires disposed of, and the teams back to Charlotte. Even if it were possible to get the cars into a similar position, it's a logistical no-go for the teams to head back to Richmond and re-run the final laps of the Federated Auto Parts 400. 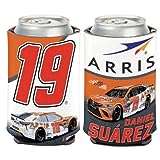 There's just no way to know what would have happened on absent Bowyer's spin. After all, NASCAR history is littered with events where something happened to the leader in the last six laps that turned the field upside down. It's easy to say Newman and Gordon were in when the spin occurred but were out afterward; yet there's no guarantee that's how they would have finished. Newman said it himself after the race. Had his pit crew done their job he still had every chance to win that race. Had Gordon gotten out to a better re-start he could have stayed ahead of Joey Logano despite the hijinx of the #55 and friends. That the race did not turn out that way doesn't mean it could not have. Therein lies the problem.

Before the Richmond race, NASCAR vice present Robin Pemberton told the drivers just how much officials hate judgment calls. “Do not put us in that position where we have to make the call. Because more times than not, it isn’t going to be in your favor – and we don’t want to do that, OK?” he said. Yet in levying one of the stiffest point penalties in NASCAR history, the sanctioning body made what is essentially a judgment call- and they did it several days after the race ended. Like the wins and Final Four appearances vacated by NCAA rules violations, the pictures from Richmond of a smiling Martin Truex Jr. will disappear. New group pictures will be taken and the old ones discarded. The events at the track will be rendered meaningless due to a decision made days later in an office.

And the story does not end there. Now word has come out that David Gilliland may have taken a similar dive for fellow Ford driver Joey Logano. Gilliland's team radio essentially told him to pull over for Logano due to the “big dogs” needing it. The spotter, clearly forgetting the availability of team audio to anyone, congratulates Gilliland for doing a good job in allowing Logano to pass. Then he tells his driver, “Hopefully we'll get something out of that.” On the surface, it's as much of a smoking gun as the comments Norris made that cost his teams 50 points apiece.

Gilliland team radio from late in the Richmond race

So what does NASCAR do now? They've already made one change in the Chase lineup so the possibility exists (however remote) that they will do it again. Even a 25 point pre-Chase penalty would drop Logano out of the playoffs and insert Jeff Gordon back in. That move would certainly please the legion of “Four Time” fans- and convince the legions that aren't NASCAR is still in Hendrick's back pocket. On the other hand, if NASCAR ignores the team audio they will be rewarding Penske Racing with a Chase berth for doing exactly what got MWR punished. NASCAR still has an appeals process, after all; that kind of wild inconsistency is exactly what arbitrators cite when reversing decisions. NASCAR ultimately put Gordon into the field to avoid that discussion.

The quandary is exactly what NASCAR wanted to avoid. Now every team that barely missed the Chase will be combing through whatever team audio and telemetry data they can get their hands on to make a case that someone else may have been cheating. When millions of dollars are on the line it's worth a few hours of time to listen through audio from races leading up to the Chase. And even if the teams are not, it's a safe bet that media organizations will be doing so. Anyone with tapes from last year's Richmond race will also be listening closely, trying to find a story in what anyone with sense knew long ago.

Who suffers in all of this? NASCAR does. Instead of building momentum to carry the sport through the playoffs, all the coverage centers around the integrity of the teams competing for a Cup. Instead of debating the success or failure of the celebrated Gen 6 car, commentators are discussing whether one team or another took a dive. No penalty NASCAR issues will be enough for some while others think any penalty is too much.

Moreover, another judgment call (the final restart, which Carl Edwards seemed to jump by a country mile), also gets thrown into the mix. After all, if NASCAR can “right” one wrong, why not another? With so few laps left in the race, maybe officials didn't have enough time to review the re-start that night, just as they didn't have the time to review the MWR audio at the time. Now that they've had the time, why does NASCAR not alter that judgment call and penalize Edwards by one lap? The answer to that seems easy- it would make the track results meaningless, something NASCAR has fought so hard to avoid over the decades. That's no small issue.

The biggest penalty- and the most lasting one- will never come from the sanctioning body itself. It will come from NAPA Auto Parts, Aaron's Rentals and Five Hour Energy. MWR is one of the few teams in NASCAR with sponsors who stick with the team throughout the entire season. In a sport so dependent on sponsor dollars, it's an absolute luxury to not have to worry about sponsorship for one or more cars. Between those title sponsors, virtually every race is accounted for at MWR. And it's not just about having a logo on the car. The team doesn't need to worry about funding an army of salesman to keep themselves in business. They can instead focus their resources on speed. Few other teams have one such luxury, much less nearly three.

At most, NASCAR can park a team or driver for a race. Even that requires a Busch-level action of misbehavior; the sanctioning body is far more likely to issue fines and point reductions. Those punishments are subject to an appeals process that NASCAR has lost as much as its won of late. But sponsors can park an entire race team for good. Running a competitive Sprint Cup operation costs upwards of $20 million per year. Waltrip cannot afford to do that out of his pocket; he needs corporate partners to foot the bill. Without sponsors, his team will wither and die in short order. That was precisely what happened as the #56 team closed its doors once NAPA moved on.

Corporate America hates controversy. In a day where boycotts are organized at light-speed online, no major corporation wants their name attached to bad publicity. Evidence just how much trouble Kurt Busch had in finding a sponsor after getting booted from Penske Racing in 2011. His talent hadn't changed but the corporate risk appetite for bad publicity had. If NAPA and the other Waltrip sponsors feel he's bringing them added risk and no reward they can and will bail out. The punishment may not be as satisfying to some fans but it would be far more final. Not to mention more just.

In the meantime, NASCAR is stuck with a problem that has no solution. They made a judgment call that Waltrip's team cheated. His cars didn't fall outside a template and there was no additive in the fuel this time. NASCAR just stated that they didn't approve of what MWR did and they changed the outcome of the Race to the Chase in the process. They've invalidated over fifty years of rules enforcement in the process and have left themselves open to similar calls to act in the future. No longer will NASCAR be able to say, “When you leave the track, you know who won the race.” The question is whether or not NASCAR even recognizes the Pandora's Box they opened in their ruling.