After a surprising start to the 2015 NASCAR Sprint Cup season, the series pulls into Las Vegas. It's still too early to tell who has the hot hand but without question there will be a few drivers looking to change their luck with the move west. If Atlanta's results are any indicator, the offseason rule changes won't do much to alter the teams running at the front of the field. So let's look at the recent history in the desert and see who will come out a winner in the year's third points-paying Cup race.

Before going any further, a quick note. We'll be looking at the statistics over the past ten races, all courtesy of racing-reference.com. Going any further back takes us into fourth generation cars and a completely different race environment in terms of competition on the track. We're also in no way advocating gambling in any way shape or form. These odds are purely for informational purposes only. Finally, you'll rarely see the backmarker teams as a sucker's bet. By their very nature those teams are unlikely to win and there's little skill in predicting a 35th place team won't win in a given week.

Rarely is any driver such a favorite in a 43 car field. But Johnson vs. the field is a 50-50 bet this weekend. He's coming off a week at another intermediate track last week at Atlanta. He's also won four of the last ten Vegas races and has the best overall finish at 8.7. Equally impressive is the fact that he's led over 16% of the laps run during that period, far and away the highest of any driver. He starts well and finishes better. There's no reason to believe he won't do likewise at this race.

Edwards is the only other driver with multiple wins in the last ten races here (two). He's also got five top ten finishes and the second best average finish at 9.2. However, all of those finishes came in a Roush Fenway Racing Ford. Can Edwards replicate that success at JGR? While his finish wasn't a good one, he ran in the top ten for most of the Atlanta race. The same could be said for Denny Hamlin prior to wrecking while Matt Kenseth finished fifth. The team has speed and the drivers- Edwards in particular- have a good track record at the track.

This year's Daytona 500 winner had an outstanding follow up effort at Atlanta, leading 84 laps and finishing 4th after spending all day near the front. He has five lead lap finishes in six starts at the track and his teammate Brad Keselowski is the defending race winner. While he has yet to win at the track, Logano has one of the better average finishes at 12.3 and an even better average start of 10.3. Vegas compliments his driving style and if anyone is poised to dethrone Johnson, Logano may be the man.

Vegas should be an excellent test of where Roush Fenway Racing is as a team. The lack of experience made Daytona and Atlanta difficult for the team- Daytona due to the draft and Atlanta for the ability to manage tires. Biffle has the 5th best average finish (12.0) over the last 10 Las Vegas races including seven lead lap finishes. He should be penciled in for another top ten here. If Biffle is unable to deliver, the team may be in even bigger trouble than most realize.

Harvick has a pair of second place finishes to start out the season and was a half lap away from a potential Daytona 500 win when the yellow flag flew. Over the past year, he has been the bright light at a struggling organization. Considering the equipment he's driving, Harvick should be in the mix once again in Vegas. It isn't one of his best tracks but those struggles came in part due to a poor average start (20.4). He's improved that start by 6.5 positions on average so he's been able to move forward. If he can navigate the group qualifying format better, the rest should take care of itself.

Kenseth is another former Roush driver with an excellent Vegas history while with that team. He's finished nine of the last 10 races there and been on the lead lap every time. With a pole start and six top tens, Kenseth has a keen understanding of how to avoid trouble here and be around at the end. As with Edwards, the JGR success at Atlanta should translate to speed at Las Vegas. A Kenseth win would be a mild surprise given some of the drivers listed before but he certainly will be a factor.

Almirola has gotten off to a decent start this year with finishes of 15th at Daytona and 11th at Atlanta. But Vegas has not been kind to him. Of the full time teams in decent (or better) equipment, his average finish of 31.3 is the lowest. He has no top ten finishes or laps led in his six races there. That finish is a full five positions behind his average start and he has only one lead lap finish versus three DNFs. If Aric can escape Las Vegas with a top 20 the team should be satisfied.

Like Almirola, Ragan hasn't had much prior success at Vegas. In eight races at the track, he's finished seven- only three of those on the lead lap with one top ten. His average finish of 26.9 is well towards the bottom of the list. And while he's been at Front Row Motorsports for the last three of those, five races came running alongside Edwards, Kenseth and Biffle at Roush Fenway. He didn't do much better while there with finishes of 37th, 7th, 42nd, 23rd and 22nd. There's little reason to expect anything more this weekend.

Patrick's intermediate track struggles include her prior races at Las Vegas. She has an average finish of 27th place in two Cup races and 17th in three Xfinity series events. Her best finish there was a 4th place Xfinity run in 2011 but since that time she's finished steadily deeper in the field. Outside of Harvick, the SHR organization doesn't offer much hope that this year will be any different for Patrick. 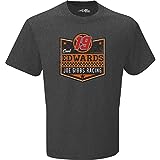 Who will win the Kobalt 400 at Las Vegas?