Nine drivers to watch for the AdvoCare 500 from Phoenix

With two races left to determine a Sprint Cup championship, it's become a battle of the home improvement giants. Jimmie Johnson and Lowe's lead Matt Kenseth and Home Depot by a slim seven point margin. Kenseth, however, owns the tiebreaker with seven wins; the Chase came down to that scenario only two years ago and may well do so again in 2013. Every position and every bonus point is precious so it's safe to say that both will be doing all they can to get up front and stay there. Will one of the two championship contenders take home the trophy? Or will someone else step up and claim the throne, if only for a week. Let's take a look at nine drivers to watch at Phoenix this weekend.

Before going any further, a quick note. We'll be looking at the statistics over the past ten races, all courtesy of racing-reference.com. Going any further back takes us into fourth generation cars and a completely different race environment in terms of competition on the track. We're also in no way advocating gambling in any way shape or form. These odds are purely for informational purposes only.

Another Chase race, another track where Jimmie Johnson is the favorite. He has the highest average finish of any driver starting on Sunday at 6.9 over the last ten Phoenix races. That includes two wins and eight (EIGHT!) top five finishes. He's led over 20% of the laps, far and away the largest number in the field. He's finished all ten races and that finish is nearly six spots above his average start. With every point being so important, Johnson is a good bet to charge to the front early and stay there throughout the afternoon.

Like Johnson, Carl Edwards has two wins over the last ten Phoenix races. He also has a pair of pole starts, four top five and six top ten finishes. His average finish is 3rd highest overall and he's been on the lead lap in nine of those ten events. Ford's biggest problems this season have come from either aero or horsepower shortages and neither comes into play in the desert. He'll have a solid chance to finish on a high note as 2013 nears its close.

Normally, Kenseth would not be anything close to a favorite at Phoenix. After all, he has only three prior top ten finishes (and a pedestrian 58 laps led) over the last ten races here. Yet he also had similar poor prior performance at Martinsville and New Hampshire, another pair of flat tracks in the Chase. He won in the northeast and bested Johnson at the half mile paperclip. He's benefited hugely from the Joe Gibbs Racing flat track program and with the momentum he's built in 2013, Kenseth has to be considered a factor wherever the #20 goes.

Speaking of JGR's flat track program, Hamlin has contributed plenty to its success. At Phoenix, Denny has the second highest average finish over the last ten races at 8.5- including a win and five top five finishes to go with leading nearly 10% of the laps run. That average finish is over five spots ahead of where he's started so Hamlin has no trouble moving forward as the race progresses. Whether he can find a way to overcome both his bad luck and being JGR's third wheel as 2013 ends is another matter entirely.

Mark Martin is the very definition of a sleeper. The last time Martin won at Phoenix he was in Hendrick Motorsports equipment... which, ironically enough, he's also driving this week. He also has three poles and an average start of 11.1 over the last ten races, third highest in the field. With passing being so difficult starting up front tends to help with finishing there (he has six top ten finishes). Martin hasn't made much noise since sliding over to Stewart's #14 but this may well be the race he reminds everyone that he hasn't forgotten how to race.

Yes, it's a long shot. Montoya will be leaving for IndyCar after Homestead to run for his current owner's sworn rival. A big reason why he's leaving is his failure to win on NASCAR's ovals and Phoenix, while not exactly round, is still not a road course. But Montoya has done best on the flat tracks and that history includes Phoenix. He's finished all ten of the prior events here (something he cannot say about most tracks) with a top five and two top tens among them. Seven of those races ended with Montoya on the lead lap and his average finish is seven spots of his average start. If he can qualify well, JPM has a shot to turn that track position into his first Sprint Cup oval win.

While the odds are against the Front Row contingent at any track outside of Daytona and Talladega, this week's stop in Phoenix is especially tough for Ragan. He's run all of the last ten events at Phoenix, some of them in RFR equipment that Edwards and Greg Biffle took to victory lane, yet he has only four laps led and one top ten finish during that time frame. He's finished seven of the ten events but done so on the lead lap during only two of those races. Any finish inside the top 20 would be a major accomplishment for Ragan this weekend.

Among the teams running win-capable equipment, Menard has the worst average finish of drivers with more than two starts over the last ten Phoenix races. What's worse is that he's finished all ten of those events but has been on the lead lap only three times (twice overall with a top ten finish). He's led zero laps and finishes nearly five full spots behind where he's started. His best hope this weekend probably rests in learning from pseudo-teammate Kurt Busch who has six top tens. But this is Busch's second to last race before departing for Stewart-Haas at the end of the year and his interest in mentoring soon-to-be-ex teammates has to be waning by now.

Speaking of drivers about to move on, Truex is in his next to last race for Michael Waltrip Racing. Over the last ten Phoenix races, he has an average finish of 20.7, nearly nine spots behind his average start. So while he's been able to qualify well, he hasn't been able to maintain that position. He has managed six lead lap finishes with three top tens among them, so hope is not completely gone for Truex. But with his tenure near a close, chances are good his car will be the guinea pig for any part or piece the team might be looking to test for 2014. Combine that with his history at the track and there's not much hope for one more Truex win for MWR.

Get your Martin Truex Jr. gear before it's gone! 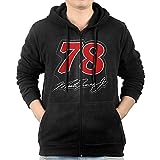