In 1989 the fourth generation Z was unveiled to the world, it was the 300ZX. The new 300ZX was a complete redesigned, very little was carried over from the previous model. To say the car was ahead of its time would be an understatement. For the first time in Z history, computer aided design ( AUTOCAD ) was used to design a Z car. The car looked like it came from thirty years in future with its long rounded edges and sharp curves. Looking at the 300ZX from the front you can tell it was wider with a more aggressive stance. The headlights can be considered the most striking feature of the car, they are almost trapezoidal, very exotic looking, so much so that they were used on the 1999 + Lamborghini Diablo's. In the center of the headlights are a projector type of lenses that was very modern looking at the time. Also, in later JDM models of 300ZX HID Xenon headlights were offered as an option. Large glass T-Tops were almost standard on the New Z, The "Slick Tops" were rare because few were produced. On the Twin Turbo models the most notable exterior features were the front fascia and the spoiler on the hatch. The Twin Turbo fascia had wider opening to provide more airflow to aid in cooling the turbo's.

If you think the exterior is amazing, the interior is three times more impressive. Taking up 95 percent of the engine bay was a 3.0 litter engine with a double head cam and optional twin turbos was the one of the most advanced and powerful of its time. Standard on Non Aspirated 300ZXs was a 3.0-liter V6 producing 222 horse power and 198 lb-ft of torque. On the Twin Turbo was a modified version of the same engine with intercoolers a Garrett turbo for each cylinder bank, that produced 300 horse power and 280 lb-ft of torque. The offered transmissions were either a standard 5 speed manual or 4 speed automatic. All this power was feed to the limited-slip differential which equally transferred the torque to the rear wheels. The zero to sixty times were 7 seconds on the N/A and 5 seconds on the Twin models. The Twin Turbo model had a selectable suspension and a 4 wheeled steering system called the Super High Capacity Steering. The Super HICAS was the hydraulically controlled on the 1989-1993 model then was upgraded to electronically actuated on the 1994 and later models. This 4 wheeled steering system greatly improved the handling of this powerful car on the curvy roads but limited performance on the track and limited your wheel offset in the rear. 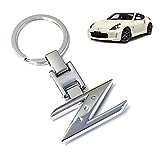 Standing the test of time the 300ZX is still a relevant car today. Many feel that the car was over engineered and that so much potential was hidden by the OEM equipment. On the internet there are many sites that provide OEM and aftermarket parts that help address this by providing HICAS delete kits, Larger turbo's, EGR delete plates, Intake Manifold Mods, body kits, aftermarket wheels and other parts. The 300ZX holds a land speed record, JUN Auto and Blitz created a 300ZX that reached 260.932 mph at the Bonneville Speedway.

One of the popular racing legends at the time was Steve Millen. Steve raced in the GTO/GTS classes for Clayton Cunningham Racing in the International Motor Sports Association(IMSA). His race modified 300ZX dominated the race track winning numerous awards and championships. Steve Millens 800HP 300ZX won his class in Lemans, Sebring, Daytona and other races. His success was almost unstoppable, many of his completion complained about his car and tried restrict him by complaining to the officials not allowing the use of Turbos. The 300ZX was more reliable and faster than the other cars due to its engineering. Steve and Cunningham Racing won races despite the rule changes. Sadly, on April 30th of 1995, his racing career ended, Steve was clipped by Ferrari at 175MPH hitting the wall, while he was trying to pull into the pits. His injuries left him with a broken neck, which took a few months to recover from. Once recovered he finished the season, then retired from racing.

There are many resources for your 300ZX below are a few places you can go for parts and technical knowledge.