Richmond race to be the purest form of checkers or wreckers

With only one race to go before NASCAR's playoffs begin, the picture of who's in and who's out has come into focus. Kasey Kahne punched his ticket with a thrilling pass for the win early Monday morning. Matt Kenseth and Ryan Newman did likewise based on their performance over the course of the year. But for a large group of other drivers, this Saturday night's race in Richmond will be a true case of checkers or wreckers. Win, and you're in the Chase for the Sprint Cup. Nothing else matters.

It was this very scenario that NASCAR had in mind when it first implemented the Chase back in 2004. Too many championship races ended long before the season did and NASCAR needed a way to reset the field. Fans of drivers ranked at the bottom of the top ten now had a reason to care. Just as important, fans of drivers 11-20 also had hope going into the end of the regular season. All a team needed to do was to get in the playoffs and then anything could happen.

Tony Stewart's 2011 championship run provided a crystal clear example of that. His team ran so poorly through the regular season that the decision was made to ax crew chief Darian Grubb at the end of the season. Stewart eked out enough points to make the playoffs- then ripped off five wins in ten races to take home the championship. It's a tale that every fan and every team knows well and one that they want the chance to replicate.

Making the Chase is also a financial windfall to the teams involved. Once the playoffs begin, the vast majority of media attention and TV time is devoted to the status of Chase participants. Other drivers, no matter how talented or successful, are the garnish to the contenders. Teams also often have escalators in their sponsorship agreements that can result in millions of additional dollars flowing into the team for making the Chase. In short, it's a big deal.

To see just how big a deal making the Chase is we only have to turn back the clock one year. With a Chase berth on the line, teams showed just how important it was to them to qualify. Never before has the phrase “Itch it” gotten so much attention as Clint Bowyer mysteriously spun out shortly after receiving that message over the radio. Cars with no need for repairs came down pit road and when the smoke cleared Joey Logano and Martin Truex Jr. were in the Chase while Ryan Newman and Jeff Gordon were on the outside looking in. Only extraordinary actions by NASCAR put those two in the playoffs- while Truex lost both his Chase berth and his sponsor by season's end.

So when the green flag drops Saturday night, it will all be on the line for a number of teams. A win guarantees them a chance to compete for a championship. And as that noted philosopher Reese Bobby once said, second place will be the first loser. With so much to gain (and so little to lose), the beating and banging should be constant all night long. It doesn't hurt that Richmond, as a short track, provides lower speeds and close corners that encourage aggressive driving.

The aggressiveness should be on display the moment the teams unload as well. A poor qualifying effort could potentially doom a Chase contenders chances before the race even starts. While Edwards won this race a year ago from the 26th starting spot, that kind of performance is not the norm. The average starting spot for a Richmond winner over the past ten years is 9.75, with ten of the 20 winners starting inside the top five. It's simply too easy to go a lap down early in the race and never catch up.

It's also worth noting that starting deep in the field puts a team at risk of being caught up in someone else's trouble. With so much on the line, the usual driver equation of give and take is bound to be skewed in the direction of take. The obvious result will be more contact, more spins, and more caution flags. No driver is talented enough to avoid every accident- particularly when they happen immediately in front of them. The best way to avoid that kind of trouble is often to be in front of it when it happens.

Get Chase Authentics gear at Amazon.com 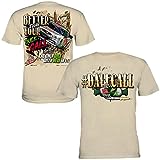 But on a track only .75 miles in length, no one is truly safe. Richmond isn't quite the conveyor belt that Bristol can become but it won't take long for the leader to catch the tail end of the field. By the midway point in the race, the leaders will likely be buried deep within the field, spending more time dodging slow cars than actually racing each other. Passes for the lead will involve knowing how and when to use those slower cars as a pick to block the leader in. And it doesn't take much for someone being blocked in to trigger a wreck trying to protect the lead.

NASCAR's reaction to the events at Richmond last year was to implement its “All in, all the time” rule where teams would be severely penalized for not giving their best effort to win. That shouldn't be a problem this coming weekend. But now, the sport will likely see just what it means when 10-15 teams are literally all in for a single race. Be careful what you wish for...

Will Saturday night's race at Richmond be exciting to watch?