Stewart Haas Racing in 2014: Too Much of a Good Thing?

In every sport there are teams who win the off-season championship only to fall apart once the regular season starts. For years, Washington Redskins owner Daniel Snyder was one of the worst offenders. He brought in several high-profile coaches and free agents with little thought as to how those pieces would fit together on the field. In hindsight it's easy to say that signing Albert Hayesworth for a $100 million contract was a bad idea but he was far from the only horrific contract the team doled out searching for a championship. In baseball, Albert Pujols is in year two of a ten year contract that will pay him over $200 million; thanks to an injury he's out for the rest of the season and his team is mired near the bottom of the American League standings.

These signings and many more like them represent a fantasy league approach to player management and they rarely succeed. The reason why is that a winning team is more than simply the sum of its parts. The various pieces fit together to make a complete whole. Not everyone can be the star player nor does it work when everyone tries to be. You need that lead blocker that no one recognizes to clear a path for the star running back. You need the second baseman with a solid glove to bunt the lead runner over. The star succeeds because the role-players all play their part to make it possible. Fantasy football is fun game for fans but it's a horrible way to run a franchise. 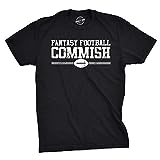 Tony Stewart and Gene Haas seem determined to emulate that model. Earlier on Monday, Stewart Haas Racing announced that Kurt Busch will join the team in 2014 to drive a car sponsored by co-owner Haas' company Haas Automation. The addition of a fourth team was something the team said was beyond their means just two months ago. After all, that's why “longtime friend” and fellow Hoosier Ryan Newman will be moving on next year- even though Newman already has partial sponsorship through Quicken Loans and is the organization's highest ranking driver right now.

Busch isn't the only driver who will join the company next year. Kevin Harvick, after over a decade at Richard Childress Racing, will come over to drive the #4 for SHR next year. Harvick isn't known for being shy and he's been involved in numerous on-track feuds over the years- including one with Kurt's brother Kyle that stretched throughout 2011 and left both bad blood and NASCAR probation on both sides. He won't have to look far to find a Busch next season as he'll share garage space with Kurt at SHR.

Like the stick and ball sports, a racing team is more than just a few individuals sharing locker room space. The truly successful ones incorporate the talents of all involved in an attempt to put everyone in a position to win. That means working together towards a common goal. While Harvick and Busch might not actively sabotage one another will they fully share all information they gain at the track? At their current rides, the two are essentially teammates at RCR and Furniture Row. Yet that situation was far more tolerable for all involved because of its short term nature. Harvick announced before the season he wouldn't be back in 2014. The clock on Busch's exit from Furniture Row began counting down the minute 2013 started. If they held back from each other under those circumstances, so what?

The leak from SHR was notably silent in terms of the other drivers involved. One can't help but wonder what Kevin Harvick thinks about the signing. Would he have agreed to come aboard if he knew Busch would be joining him long term? What about Stewart himself? He's been wary about expansion before and cautioned everyone that 2013 would be a work in progress thanks to adding Danica Patrick. By all accounts, the deal with Busch was extended in large part because Gene Haas is a fan of Kurt and is willing to spend his own money to get Busch into the SHR fold. Did Stewart actively work to recruit Kurt or did he simply acquiesce to the move after the embarrassment his Iowa wreck brought the shop?

It will also be interesting to see how adding Kurt Busch and a fourth team impacts SHR's most well-known (and controversial) driver. 2014 will be Patrick's second full season at the Cup level and the training wheels will be fully off. Expectations will be higher as she will no longer be a Cup rookie. Danica will also be in the last year of a long-term contract with sponsor GoDaddy. Poor on-track performance will make it difficult to re-sign the sponsor or attract a new one to the fold. She is going into a make-or-break year while the team around her will be going through significant growing pains.

UPDATE: It looks like Harvick is ready to give it the old college try. Kevin posted to his twitter feed @KevinHarvick his support for the move just a few minutes ago :

Hendrick Motorsports, with four of the most recognizable faces in Sprint Cup racing, is the gold standard for NASCAR teamwork. With ten Sprint Cup series titles, 215 race victories and nearly 900 top five finishes, Hendrick has a proven track record of putting together teams that know how to get the job done. He has created an environment where his teams share everything in the shop and compete ruthlessly on raceday. He's also proven willing to move on from talented drivers when the fit isn't right as proven by the departure of Brian Vickers and Kyle Busch in the last decade. For “Mr. H” it's all about what's best for the team. His current lineup has three drivers set to make NASCAR's playoffs and the fourth one good run away from joining the field.

Aside from Hendrick, no other team in the garage currently runs four full-time teams. Several have in the past and Joe Gibbs has long said he'd be willing to add a fourth team for the right situation. After two decades in NASCAR, he's still waiting for that right situation and for good reason. Managing two or three self-centered type A personalities (or “infantile egomaniacs” as Nicole Kidman's character said so eloquently in 'Days of Thunder') will challenge any owner's patience. To be competitive, sponsorship must be found that lasts across an entire season. There's also a finite number of support staff out there and taking on less-qualified individuals in those roles only dilutes a team's overall performance. Adding another team to the mix can help defray some of the research costs and add more data points for testing. But the consequences can bring down the entire team if the organization isn't ready.

Certainly there are reasons for optimism as well. Busch, for all of his known headaches off of the track, is supremely talented behind the wheel. He's taken basically the same equipment that Regan Smith struggled with last year and is inches away from making the Chase with it. He's been an asset to both Furniture Row and Richard Childress Racing thanks to his active participation in weekly drivers' meetings. He's a past series champion with the past champion's provisional if needed early next season. And while Harvick has had his run-ins with Kyle Busch, he and Kurt don't have the same level of history; besides, a number of drivers have feuded with Kyle over the years.

Another thing working in SHR's favor is that Haas himself will be sponsoring Busch. Kurt has done well at Furniture Row and a large part of that is having a unified message from owner and sponsor since the owner is the sponsor. Gene Haas has to know what he's getting in Kurt Busch; if Kurt melts down on an interviewer or on the team radio, that's the cost of doing business. If he and Harvick send each other into a wall coming to the checkered flag, that's just a racing accident. On the inside of Stewart Haas Racing, one would think those discussions were held and agreements made before the contract offer was extended to Kurt Busch.

On the outside, however, this looks like fantasy racing gone haywire. Tony Stewart and Gene Haas are adding pieces to the puzzle without a great deal of thought as to how those pieces will fit together over the long haul. Individually all four drivers have assets they bring to the table. The problem is that three of them (Stewart, Harvick, and Busch) are already on the hyper-competitive end even for professional race car drivers. The odds on them making through a single season without some sort of run-in on the track are slim to none. If that happens, not only will the team foot the bill for both wrecked cars but they'll also pay come Monday morning at the shop. That bill could ultimately include losing a Sprint Cup to a team that works with instead of against each other.