All you need to do is Google Stephen J. Ryan and Biosfuel and come up with all sorts of discussion, forum posts and other online signal to noise ratio strongly skewed towards the former, regarding Mr. Ryan and his "invention." It has now been more than two years since this piece aired on the New Zealand version of 60 Minutes (not Australia as claimed on YouTube), and what has happened since? Well... basically nothing.

It is interesting to note that Mr. Ryan continually refers to the fluid as a "water based fuel". Ok... I guess ethanol is a water based fuel since you have to water the field to have the corn grow.

Mr. Ryan, whose background is tellingly in investment, not engineering, did allow the motorcycle to be tested only for its exhaust. And... surprise surprise... the analysis showed exactly the same hydrocarbons you would expect from any internal combustion engine. The fuel being burned could have been ethanol and it would have technically fit the statement of "water based fuel" although it is a far cry from just sticking your garden hose into the tank of your motorcycle and riding away.

Mr. Ryan's biosfuel.org website is pushing all sorts of somewhat related products, including something called the EcoTube which is nothing more than a conventional fuel preheater just like the ones that have been around for decades, and several "fuel blends." Surprisingly (or not, depending on your own tendency to believe whoppers) there is little if any mention of the "water fuel." Geez... if I had the key to turning water into fuel in a way other than watering my crops I don't know how much time I'd spend developing a dollar-store auto part, but Mr. Ryan moves in mysterious ways.

If Mr. Ryan is reading this, I'll put forth this proposal. I will fly to Auckland on my own dime (I haven't been downunda for five years now and I really miss the meat pies), and sign Non Disclosure Agreements stacked up to the rafters. Then Mr. Ryan can take the seal off the bottle of Evian water I have brought over from my local Seven Eleven and have me watch his "secret process." I will continue to observe as he fuels up the Suzuki and then I'll take a ride. I will have my friendly neighborhood Suzuki mechanic on hand who will then tear down the bike right down to its bolts and give me a full report.

Why would Mr. Ryan do this? Easy. I have a good old friend who is now a venture capitalist in Silicon Valley. He has informed me that his people would be more than happy to write a check for a minimum of $500 million to Mr. Ryan to license the technology. $500 million in cash is a lot more than he can make hawking fuel preheaters off of a Kiwi website, so only a fool would pass up that opportunity. His website states that his amazing bio fuel is a "propiotry process" thus he can spend just a small portion of his half a billion dollar windfall on a spellchecker.

However, Mr. Ryan is most certainly not a fool. But he might think that the people listening to his pitch very well may be. 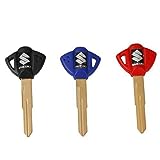