The Off-Roaders Dream - The Bowler Wildcat

Being a Jeep lover and driver, the Bowler Wildcat is like a wet-dream, and from the moment I saw it, I knew that I only had to count the days until one would be mine.

At only $50,000-$80,000 in most places, this thing is a steal, and although I can't yet afford one, I can still tell you why it's such a steal. And even if you don't agree on the price, I doubt anyone who reads this hub will be able to say this is not one of the coolest vehicles you've ever seen.

You know, I can't say that I've ever gone off-roading and thought, "Gee this is too slow!". Then again, I usually take my well under-equipped jeep on crawling challenges more than dirt obstacle courses. Though I also know my wranglers limits, and most of the time it preforms the best and breaks the least when I'm careful with it. Sure, if I had the funds I'd say "who cares" to breaking anything and just trash it on my way though the dirt jungles.

Either way, I can tell you that once I saw a test run of the Wildcat, I felt the need for speed. It was like a stretch of the imagination, taking you into numerous possibilities of what you could do with the right equipment - the right vehicle.

Did you know that the Bowler Wildcat can do 0-60 in 4.8 SECONDS? If you didn't know that, I bet you also didn't know that 4.9 was previously the fastest take off time by the worlds fastest Austin Martin. Cool? I think so! Especially after you see it pulling top speed while turning around bone crunching bends and smoothing flying down pot-hole filled roads made up of the most punishing materials.

You know, growing up a tom-boy, surrounding by testosterone infused enthusiasm, especially about cars, I'm pretty sure I know what it is that men find so awesome about the raw power that oozes from certain vehicles.

For women though, it's a whole different came. That raw power fills you up with such an intense passion and fervent energy, that it's hard to explain. I'll give it a try though. It's like explaining the different powers of the Goddess and God. To be that ultimate masculine energy is to be ever striving to be more, be strong, be secure, be the best. But to be Goddess, to be that supreme energy, the one that fills you up, is more before it needs to be, is calculated, cautious, preemptive and tenacious. There is just something more ultimate about that Goddess energy, and that is what the Bowler Wildcat emits.

Now, I don't want to suggest that the Wildcat is a women's truck. By all means, there probably is not a large population of women who have even considered driving onto the sidewalk by accident, let alone purposefully pioneering through the wilds of nature in a near-tank of a vehicle. Yet that doesn't make the energy any less Goddess filled. The Wildcat is a calculated risk, one that you can safely take beyond the limits of any other vehicle. It's a tent-popping drop dead sexy vehicle, full of curves, style and a juicy rear-end. I can already imagine putting my hands all over it... Maybe a new rack could go there... Or a tow hitch..

Truthfully, you can't deny that the big power that comes out of the small stock 4.6L apsirated V8. If it were a masculine power, it'd have at least a 5.0 or some sort of new super-hemi in it. Though as we know from most Goddess, large power can come from what seems like the smallest places. And at 300HP, with plenty of room for upgrades, this isn't something to laugh at. At least, you might serious want to consider not snickering at anyone who own's one of these, as the Bowler Wildcat was designed by the same engineers who have been producing all-terrain attach and recon vehicles for the military overseas.

You know, I'm sure that the overall style of the Wildcat could have used a bit more attention, but for what it was created for, this vehicle is more than daring. Most vehicles of it's class are made from various high-grade metals used to protect the inhabitants of the vehicle from outside forces. The wildcat, takes a different by having it's shell formed out of fiber-glass with an integrated roll cage that doesn't take away from accessing the vehicle through the doors. Now, I know what you're thinking - Fiber Glass? Really?! That's what I thought to, how could fiber glass stand up to the punishment that this vehicle is supposed to be able to take?

Now, I haven't yet found a measurement, but the designers have developed such a thick load of fiber glass, that you can push the envelope of what was previously expected. Regardless of what you know or don't know about the strength of any thickness of fiber glass, this beast can take up to TEN TONS of weight on the roof alone - that's equal to the weight of 2 of the worlds largest African elephants! Want to be even more amazed? The Wildcat can carry those elephants off of a 40 foot drop and not even develop a limp in the process!

The seats are built in with the safest five-point harnesses, there are three paddles for quick control-access and the suspension is fully adjustable for those off you who want a lift. Really though, what I like most about the Wildcat - is part of what I love about my Wrangler - it's street legal and more than capable of handling most regular activities. Bonus - It's made to be more fuel efficient than any other vehicle in it's class (that is, if it isn't in a class all it's own).

Truthfully, the interior is rather limited, so there isn't a whole lot that I can say about how much effort they put into that side of the Wildcat... Still though, there are other accessories that come with this panther of a vehicle, that ever off-roader wish they had installed on their toys. Take, for example, the built in hydraulic lift on the chassis. This nifty feature was created to help you get your tires unburied from deep mud, difficult climbs or just changing a tire without the frustration of jacks.

The Wildcat also comes with a built in fire extinguisher and water reservation system, to allow for heavy heated driving in the dessert, if you have any plans of hitting the dunes anytime soon. 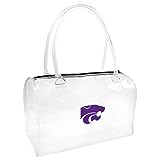