The season ahead: Who will be NASCAR's 2014 Rookie of the Year

Much has been made over the past two years of the aging of NASCAR's driver base. The answer has been in the pipeline the whole time and in 2014, several of those answers will get their shot to run full-time at the Sprint Cup level. While the Sprint Cup points battle will be the focus for most fans, the rookie of the year battle this upcoming season may have the larger impact over the long run. Another Left Turn takes a look at five contenders and who might win the RotY battle this coming season.

A lack of talent isn't keeping any one of these three outside of the top five; funding and equipment is. Cole Whitt will be running Swan Racing's second entry while fellow rookie Parker Kligerman drives the team's primary entry. Swan as a team is improving but it's a safe bet that Whitt's #26 will run fewer laps than Kligerman's #30 over the course of 2014. Driving for BK racing, Bowman will be in an interesting place. The team has a full time sponsor in Dr. Pepper and nowhere to go but up. Yet like Whitt's place with Swan Racing, Bowman is the second rookie in a two car outfit and Truex is the driver with the big name and anticipated bright future. Unlike most of his fellow rookies, Annett is closer to 30 than 20 with several prior seasons at the Nationwide level under his belt. Tommy Baldwin Racing will give it their best shot but Annett will need every ounce of that experience in 2014.

2013 Performance: Unlike most of the other drivers on this list, Truex did not have a full time ride on either the Truck or Nationwide level last season. Thanks to prior medical issues and sponsorship problems, he's only had the opportunity to run spot races at the NASCAR national level lately. Yet Truex has been around racing since an early age (older brother Martin Truex Jr. is a Sprint Cup veteran) and won back-to-back series championships at the K&N East level in 2009-2010 as a Michael Waltrip Racing developmental driver.

Outlook: This is Ryan's first opportunity to run for a single team over the course of an entire season and he'll be doing so at the Sprint Cup level for a (relatively) underfunded team. So it's highly unlikely that Truex will be able to compete with some of the more heralded rookies. Yet his talent level is obvious and he has virtually nothing to lose. Running at BK Racing with fellow rookie Alex Bowman, the two will have little veteran experience to lean on but also little in the way of bad habits to unlearn. A final points position of 30 to 40 is likely but if things break just right, a top 25 finish is possible.

Bone up on your NASCAR knowledge as the 2014 season begins 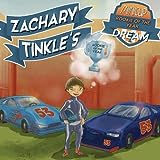 2013 Performance: Kligerman ran the full Nationwide schedule for the now-defunct Kyle Busch Motorsports #77 team. He finished ninth in series points in his first full year running at the Nationwide level, scoring three top five and 13 top ten finishes over the 33 race schedule. Kligerman also had an impressive showing in his first Sprint Cup outing, running 18th at the fall Texas race (one of the best finishes of the season for his team).

Outlook: While unlikely to win a race or qualify for NASCAR's Sprint Cup playoffs, Parker Kligerman is a driver to watch over the next two to three years. He's gained plenty of experience running second-line equipment during his time in the Truck and Nationwide series the past few years so he should be ready for the challenge at Swan. His only prior year in top shelf equipment came in 2009, when Kligerman won nine races and finished second in ARCA series points. Given the inherent limitations of the cars he's driving, a top 20 finish in points would be noteworthy. However, 25-35th is probably more likely. Anything better and it's likely Kligerman will be fielding calls from plenty of teams in the years to come.

2013 Performance: Allgaier finished inside the top six in Nationwide points for the fifth straight season last year (in five overall Nationwide seasons). While he failed to win a race, he had six top five and 16 top ten finishes overall. He also ran a handful of Sprint Cup races towards the end of the season after Harry Scott completed his purchase of Phoenix Racing from James Finch. His finishes were nothing special; the best was a 24th place showing at the fall Talladega race. Yet if Allgaier were ever to make the jump to the Sprint Cup level, now is the time.

Outlook: Allgaier's Sprint Cup performance at the end of 2013 is not indicative of what should be expected from him in 2014. Phoenix under James Finch was long an underfunded team, having never truly replaced Miccosukee Casino after the Indian tribe pulled its NASCAR sponsorship. The team's technical alliance with Hendrick Motorsports was hamstrung by budget constraints that saw the team run aged chassis and worn out engines. The team has a new owner, a full time sponsor, and a veteran crew chief in Steve Addington to go with a solid if relatively unknown driver. Allgaier's past experience should help him avoid some of the rookie pitfalls and the team should expect a finish inside the top 25.

2013 Performance: After a thrilling title battle with Sam Hornish Jr., Austin Dillon brought home the Nationwide series title for 2013. It was Dillon's second championship at the NASCAR national level, having previously won the Camping World Truck series in 2011 (his second full season at the Truck level). In 2012, Dillon took home a third place finish in series points in his first full season as a Nationwide regular. With brother Ty pushing from below and Harvick's defection to Stewart-Haas Racing from above, the time had come to elevate Austin to the Sprint Cup level.

Outlook: If nothing else, Austin Dillon will command attention on the track in 2014. It's never easy to follow a legend and yet that's what Dillon has done in bringing the #3 back to active NASCAR competition. He's done the number proud by winning races and championships at every prior step and there's no reason to believe Dillon cannot be competitive at the highest level. He's also conducted himself in such a way as to leave those opposed to running the number little ground to stand on beyond invoking the name of Dale Sr. Is the pressure too much for a 23 year old Sprint Cup rookie? It hasn't been so far. Given the equipment involved (make no mistake, Dillon's #3 is the primary focus at RCR for the foreseeable future), a top 20 finish is not only appropriate but expected.

2013 Performance: Much like Tony Stewart, Larson is an “anything with an engine” type. He spent the past year running races from Sprint Car to Sprint Cup. It was his first full season at the national level, finishing ninth in season points for Turner-Scott Motorsports' Nationwide team. This came on the heels of a 2012 season where Larson won two races and the series championship at the K&N East level.

Outlook: As a NASCAR driver, Larson is relatively inexperienced and probably could benefit from another year or two getting more accustomed in how stock cars react on the track. Yet with Chip Ganassi's decision to part ways with Juan Pablo Montoya, it was time to promote Larson whether he was truly ready or not. His talent is enormous and several drivers have commented on how that talent will translate better to the extra horsepower inside a Sprint Cup machine. Like a quarterback drafted #1 overall, he's the future of your franchise; the sooner he gets out there and starts learning, the sooner he'll be able to carry the team to victory. He'll have a long-time EGR driver in Jamie McMurray who (in no small part due to a recent contract extension) views Larson as an ally, not a competitor. He'll have Hendrick power under the hood- the same power that's won seven of the last eight championships. EGR should expect a top 20 finish in points and if Larson can continue to accelerate his learning curve, a Chase berth is possible as well.