The best 4x4 by today's standards, maybe not.

We needed something that would take us from Melbourne, Australia all the way to Germany.

This included crossing desserts, mountains, rivers and anything else in between.

These pages will be only about the truck, and its pro's and con's.

The Book is on Amazon as a download, and for a hard copy, you need to contact me

Please enjoy, and take the time to see "My Book" page "From Australia to Germany"

What we found after buying at auction

Before and After changes

After buying our International Harvester from Australia Post auction, we took it to our workshop. Expecting the worst, we were happy to find that motor had only ceased on one cylinder, and no damage to the cylinder wall.

It was a huge straight 6 cylinder petrol engine.

After taking the motor apart and replacing piston rings, the motor was as good as new.

We took the truck up bush around Melbourne for a few test drives, to see if it was up to the long journey ahead. It passed with flying colors. But little did we know at the time, it had a major, major design defect. And our short test drives would not reveal this defect.

Because we would encounter all sorts of weather conditions, we had no intentions of cooking in the rain or snow. The trucks rear barn doors were fitted out in such a way that we could cook and clean up from the inside as well as the outside.

With the doors open, we had a gas top burner which folded out. The gas was supplies from our gas bottle just behind the front seats in the cupboard. The cupboard was well ventilated to the outside in case of any gas leaks. In the other door we installed the kitchen sink. It had cold running water, supplied by a hand pump from a fibre glass tank. We used this for washing up after our meals.

You can just see one of the doors open in the photo. I will replace it with a better one as soon as I find it. You will also notice the lovely curtains we installed on the side and rear windows. These helped keep out the hot summers sun in the Australian Outback. Thanks Mum.

For a six month trip, things needed to be changed

After getting the motor going, we concentrated on the interior of our truck.

Since it was going to be our mobile home for to the next 6 months, we needed to

The first thing we did was to rip out the front bench seat, and replaced it with two RECARDO

driving seats. These would be more suitable for long drives and kept ones bum in place on tight cornering. Both the driver's and passenger seats were made so they could be swiveled around so they faced the back of vehicle. This way we had comfortable seating in our lounge room. Behind the seats we installed a cupboard with build in fridge. This cupboard also contained our on board entertainment equipment. A radio and cassette player.

Further into the interior of our van, we built two single beds. One on either-side. They were basically two timber box's with a lid, where we could store things. Between the two fixed beds, we also had a third bed which assembled quickly over the two others.

Because we would encounter great extremes in temperature, from the dessert heat in Central Australia, and the ice cold regions of Europe. In saying that, even in the dessert, the temperature can drop below zero. We filled all the hollow parts of our trucks cabin with fiberglass insulation. 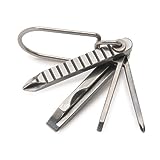 For the Australian Outback, it is standard to have bull bars fitted to the front of trucks and sedans alike. So we made our own. From 50 mm galvanized pipe and 120mm steel U channel.

This was going to be strong enough to take on any Kangaroo or stray camels we might encounter. Unfortunately, we had no idea at that time, that the extreme weight of our bull-bar would highlight a significant fault in the trucks steering design. When finished, we made provisions for a large vice and huge metal hooks for towing.

The same was done at rear of truck. At the front, the steel structure was painted white, and black from the inside, or the drivers view, to stop the glare from our headlights.

Talking about headlights. We installed two extra Halogen Driving lights fitted on two air cylinders. These were placed at the front, under the mud guards. This protected them when not in use from stones thrown up by on coming cars, and would be thieves, as they could not be seen when they were retracted.

We installed an air compressor and air tank. This would help us to blow up any deflated tyres, of we we had many. But the air compressor was also used for our 10 foot fiberglass antenna. This lay flat down on the roof when not in use, but could erected vertically whilst driving by a air operated cylinder on the roof rake. Please have a look at photo.

Road Trip " From Australia to Germany " - Book with DVD. Film was made with 16mm Film Camera

My Road Trip is about an epic journey that began in Melbourne.

Traveling 4000 km's on dirt roads and tracks to the the

RED CENTER ( Ayers Rock ) and on to Perth in Western Australia.

Then by freighter too Ceylon ( Sri Lanka ) and India via Indonesia and Singapore, and on to India.

Then we traveled again by road through Taliban Tribal area's in Pakistan, Afghanistan, Iran. Then into Europe via Turkey Bulgaria and Austria all the way to Germany and Holland.

But that meant we needed to have dual brakes and clutch as well.

This worked out very well. But we had a problem with the Gauges still in on the right side of

vehicle. So that all the gauges and lights could be seen no matter where you sat, we took the dash apart, and installed all the important instruments in the center. This included all the new switches for our air cylinders, as well as the extra switches for the extra fuel tanks we installed.

Because we would be sleeping in the truck in some colder parts of the world, we needed

to install a heater that ran independently from the motor. After much searching, we found a VW heater the best option. They were easy to come by, and were reliable.

Now that the cold problem was rectified, we turned our attention on the cooling of the truck.

In Central Australia, the temperatures could easily rise above 45 degree's C during the day.

An air conditioner would have been nice, but it also had its drawbacks. Space, weight and reliability needed to be factored in. We came to the conclusion that a sunroof would have to do. And since none were available off the shelf for our truck, we started making our own.

Unfortunately, it never was completed in time. Our departure date was getting closer quicker and faster than expected, and we concentrated on more important things instead. 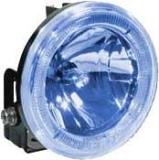 I am still in the proccess of making two short films from the original movie. - As soon as I have them ready, they will be up loaded

Apart from Nikon and Cannon camera's, we also had a 16 mm film camera.

I will finish this section later. Off to bed