Following Too Close? Tailgaters on the Highway Are Outlaws!

I am thankful that I was able to take and pass the Defensive Driving Class offered by the American Red Cross. It gave me several tips for handling other drivers who follow too closely.

Safe Driving - Important During Holidays and All Year

The highways all around Franklin County in Central Ohio are growing more dangerous by the day. This is because over 45 additional vehicles begin to cruise our highways every 24 hours according to the Ohio Department of transportation in 2016.

In total, we have and additional 300 or more vehicles every week on our roads and at least 1,350 more cars and trucks to contend with every month. This is a lot of vehicle traffic in an area where road-widening efforts take a long time.

The addition of massive traffic makes a lot of new opportunities for disaster, especially in poor weather conditions, at night, and during some bouts of our famous ongoing road construction.

In Central Ohio, tailgating other drivers is becoming an intense nighttime activity. On roadways with a double yellow line down the center, aggressive drivers in a hurry turn on bright lights and race up to the bumper of drivers obeying the speed limit, blinding the innocent travelers.

Are Our Highways a Day at the Races?

The problem of tailgating - following too closely - is escalating. Drivers of all ages, ethnic groups, and genders race to nearly touch your back bumper, honk and scream for 10 seconds, and then switch lanes or take the next corner.

The phenomenon is either a statewide mental issue or a fraternity stunt, as advice columnist Ann Landers used to say. I'd like to know what fraternity accepts both 16 year old girls and 90 year old men, because people of all ages are causing the problem.

I hate to have another driver tailgating me on the roadways, but I have heard a variety of methods for foiling the tailgater.

Some drivers advise that you should apply your brakes briefly in order to cause your vehicle's brake lights to illuminate, then look up into the rear view mirror and hold your stare a few seconds as a sign that you do not appreciate the tailgating. This may work in some instances. It may also inadvertently result in the tailgater striking your vehicle, so use your best judgment, case by case.

If the weather is snowy or rainy, I pull off onto the side of the road and allow the other driver to pass. This will work in some cases. However, if the other vehicle stops as well, drive off again immediately and find the nearest law enforcement station. The other driver is likely a robber, a modern highwayman with a car instead of a horse.

Sometimes, another driver tailgates the driver just ahead on a three-lane highway when there is no other traffic nearby. I do not understand this. This may be an attempt to run another driver off the road in order to rob that person.

If you suspect that that might be the case when someone is tailgating you, then take the next highway exit and drive to the police or sheriff's department. If unable to do that, call 911 on your cell phone and report the tailgater, along with the make, model, color, and license plate number of the vehicle behind you. If you have a service like ONSTAR, use that to make the report.

If the other driver is a law enforcement officer himself, he would probably flash a warning light of some sort and/or siren and have his badge out in the open as he approaches our car. If not, you can always drive off, call 911, report the vehicle and have the officer on the line check to see of the other driver is actually a law enforcement officer.

Solutions to the Highway Tailgater

Tailgating is dangerous and car crashes are not an event for humor. However, humor can help relieve the stress caused by an annoying tailgater after the experience is past.

After a particularly annoying case of tailgating one afternoon on a road trip, I came up with the following script that I would sincerely enjoy being able to broadcast aloud from my car via a large loudspeaker mounted on the hardtop. If you ever develop that capability in your own automobile, please feel free to use the script, with my compliments.

For additional fun, access the link below the script, which leads you to a talking greeting card of a tabby cat, and cut and paste the script into the dialogue box. Listen to it as the voice of "Catherine", a sophisticated lady from the UK. Then have fun with other voices.

You can't send the card via email without a fee, but it's fun to hear -- Imagine a digital screen display of the tabby popping up from the back of your vehicle and speaking to your next tailgater. You can also choose a walrus.

Tailgating is not allowed. Stop now.

Ultimatum for a Tailgater

You are tailgating me. This is not allowed.

I will call the Highway Patrol.

I will slam on my brakes and you will be sorry.

Police helicopters will gun you down with rapid fire if I call the Highway Patrol.

Do not make me dial the number.

I will throw spikes onto the highway and your tires will explode.

Your license will be revoked.

You will be taken away and your car crushed for scrap metal.

You will be housed in a cell beside OJ Simpson.

You will not be employable, even under Stimulus Funding.

Other Ways to Avoid an Accident With a Tailgater

AretThe Streets in Your City Highways or Race Tracks? 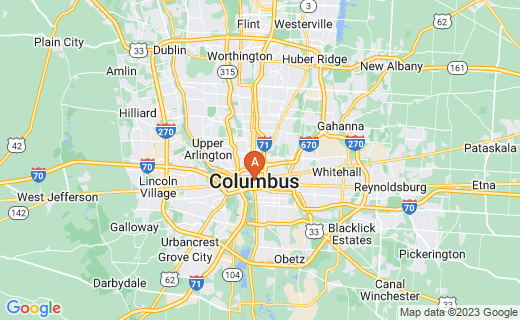