What you need to know about obtaining your license

Obtaining the driverâs license for one or more categories of vehicles implies, according to Romanian legislation, attending special practice and theoretical classes. The practice classes refer to the actual road driving practice, on city streets in the company of an authorized instructor while theoretical classes focus mainly on solving theoretical driving tests known as DRPCIV and studying road laws currently in practice.

Solving tests should only be attempted after having read the road law book that includes every aspect of pedestrian and vehicle behavior on public roads at least twice. Although the web is filled with driving tests claiming they are the absolute best, it is highly recommended to only use the official DRPCIV tests for practice.

The DRPCIV driving tests are the official tests that are also used during the theoretical exam that needs to be passed by any person wishing to obtain a driving license for one or more categories of vehicles. This DRPCIV tests are provided for practice purpose by specialized websites.

The solving of this type of online driving tests is recommended during the study period for the theoretical exam as being the official tests , they are guaranteed to contain no mistakes while their format is identical to the actual exam, working, essentially, as a simulation of sorts. It is why solving as many DRPCIV tests as possible creates a routine that guarantees future drivers will feel less stress and will therefore be able to focus better during the actual exam as they become acclimatized with the actual exam format and particularities before even entering the exam room.

Ever solved DRPCIV tests before the theoretical driving test? 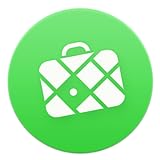 MAPS.ME — Offline Maps and Navigation
Physical map that’s indispensable for those who like to take long trips with their car.
Buy Now

The theoretical driving test has a time limit for 30 minutes and requires the future driver to solve a DRPCIV driving test on a computer.

The tests has 26 questions out of which 22 must be answered correctly in order to pass the test. After each answer, the test taker is informed weather the answer was a correct or incorrect one as well as the number of incorrect answers thus far. Once 4 mistakes are made the test stops and the test taker is considered rejected. The computer test was introduced in order to avoid any human mistakes during the grading process and ensure absolute transparency.

If the practical exam can be failed on more or less doubtful criteria, the theoretical exam cannot be contested. Passing or failing is only influenced by the test taker’s level of knowledge. Being well prepared should guarantee success invariably.

3 steps for a future driver to study efficiently

1 .Studying the road law – reading it and extracting the important aspects regarding driving on public roads, such as areas where stopping is prohibited, where turning is illegal, the maximum or minimum speed for certain areas, first aid in case of accidents and so on. All this details can be found in questions in the DRPCIV tests.

2. Learning what each traffic sign means – for quicker learning it’s recommended to sort them by category ( mandatory signs, prohibition signs and warning signs)

3. Solving theoretical driving tests up until the rate of success is high enough - the fewer questions are given a wrong answer during this mock tests, the greater the chances of passing the actual exam.

The driver’s license can be obtained for a number of vehicle categories including motorcycles, 4 wheeled vehicles, vans, trolleys and car towing vehicles of different size and weights. For each category the questions and tests are different.

A category - this category includes many subcategories and its mainly intended for those that want to drive motorcycles, tricycles and scooters.

B category - for future drivers that want to drive vehicles with a maximum capacity of 9 passengers including the driver and a maximum weight of 3.5 t

C category - which includes various subcategories and is intended for future drivers that wish to drive vehicles heavier than 3.5 t but not destined for public transport.

E category - with a number of subcategories intended for drivers that will be driving a B, C, or D category vehicle that tows a trailer of different dimension and sizes depending on the category of the towing vehicle.

Anything to say? - Do not hesitate and let us know how the DRPCIV driving tests have helped you.