Convenience stores are pretty...well, convenient. They are so prevalent, in fact, that we probably take them highly for granted. With that in mind, I thought it would be worthwhile to look at some of the stats relating to convenience stores. Some of the facts here may actually surprise you.

Convenience stores sell an average of 11 million cups of coffee every day. 11 Million! In conjunction with that, they also sell, on a daily basis, millions of danishes, donuts, muffins, etc. 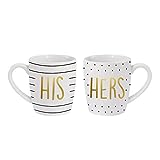 Approximately $1 out of every $23 dollars spent in America is spent at convenience stores. That's the equivalent of about $1.7 billion dollars daily. (With those kinds of numbers, it almost makes you want to buy a franchise.)

You may have noticed that convenience stores often appear very similar in in terms of layout. It may actually surprise you to know that this is completely intentional, as convenience are generally designed to have 3 zones:

This is basically the entry of the store. The intent is simply to allow the consumer to see the entire store in not much more than a glance.

This zone is comprised of the things that customers are exposed to upon entering and exiting the store. For instance, the coffee, sandwiches, etc. that are up front. Needless to say, the hope is that you'll buy certain things on impulse that you may not have

This area is basically the periphery of the store. It's for customers who are looking for something specific (e.g., a carton of milk or beverages). These are deliberately placed at the back of the store so that customers are forced to pass through other areas (and by other products).

The name of 7 Eleven convenience stores is derived from their original hours of operation: 7am - 11pm. It is the largest operator, franchisor and licensor of cenvenience stores in the world.

Circle K got it's name when Fred Hervey bought 3 Kay's Food Stores in El Paso, Texas in 1951. Hervey, who would later serve two terms as mayor of El Paso, changed the name to Circle K. It has the second-largest number of convenience stores (after 7 Eleven) in the U.S.

There are 144,000 convenience stores in the United States. Most are open 24 hours per day, 7 days per week. They account for $28 billion in annual transactions.

Convenience stores sell a whopping 2 billion gallons of beer every year - approximately one-third of all beer sold in America. (I fact, beer accounts for 10% of in-store sales.)

When was the last time you visited a convenience store?