Boosting the US Space Program

The new practical mandate for NASA activities from 2016 - 2020 was amended by the Trump Administration to include:

Partnerships between NASA and private aerospace companies in America began forming before 2011 as the NASA Commercial Crew.

In addition, the USA and Japan formed a combined air force to eliminate space litter and patrol the heavens beginning 2017 - 2018.

America's dozen spaceports ensure that space tourism meets its potential to become one of the largest aerospace industries of the 21st century, perhaps aeven head of profitable asteroid mining.

In fact, privately held spaceports are under construction in Texas and elsewhere on on the Gulf Coast.

Joining these spaceports and aerospace enterprises along the Gulf States to Florida and up to Cape Canaveral creates a long, effective, and lucrative expanded Space Coast

Spurred on by science fiction in the late 1800s, related fan clubs that began in the 1930s, the post-WWII Space Race, the American Moon Landing, and the world of the Mars Society, tourism in space is a reality, though an expensive one in the first two or three decades of this century. 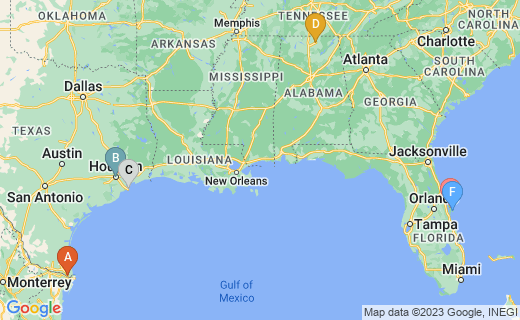 Space Tourism: Restaurants at the End of the Universe

In the early 1970s, the parent company of Ponderosa Steakhouses in Dayton, Ohio purchased or leased the first restaurant spot to be reserved on a US space station, but the Russian space station MIR (either "World" or "Peace" in translation) was first to go up.

The Ponderosa contract expired before either the Russian space station could offer room for it or the International Space Station could be completed. The ISS still had no room aboard for a restaurant, although it received its first espresso machine in 2015, some 40 years later when many of the steakhouses had closed.

As a result, the only restaurants in space at the start of the 21st century have been the fictitious Restaurant at the End of the Universe, by Douglass Adams and one that was likely in the space hotel of The Great Glass Elevator by Roald Dahl, the canteen in Star Wars, Quark's on Deep Space Nine, and a few memorable others.

With the advent of restaurants and hotels in space, Hospitality and Accommodations jobs will join space travel occupations in the Space Tourism Industry. This is all a branch of the Aviation and Aerospace Industry, which boomed in 2015 with a contract between Boeing and China for commercial airplanes.

Pilots are suddenly in short supply in the early 21st century. Although they pay well, these pilot jobs are among the most dangerous jobs available.

From 2015 - 2016, Astronaut and ISS Commander Scott Kelly spent a year in space with a colleague from Russia, Cosmonaut Mikhail Kornienko. Hundreds of experiments and measurements were conducted to learn about the long term effects of space travel on the human body. All of this is necessary if humans are to pursue careers in outer space and related jobs on the ground.

The founder of Amazon.com, Jeff Bezos, announced on 9/15/2015 that he will build a rocket manufacturing plant with Blue Origins company next to the Kennedy Space Center and to rebuild a Cape Canaveral Launch Site, competing with Elon Musk's SpaceX company. The space center and launch complex are part of one of America's spaceports that are open for business. 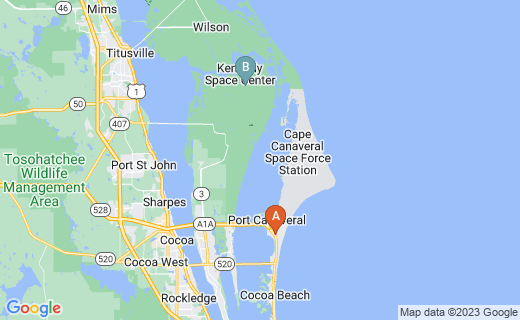 Thoth Technology has developed a space elevator that shuttles payloads up the outside or the inside of a tall cylindrical elevator shaft to a point above the drag that spacecraft would normally feel from the Earth and its atmosphere. This is a big cost saver.

The Canadian company in Pembroke received a US grant to further develop and put into use their space elevator.

Thoth Technology is building a 12-mile high tower for its space elevator in Canada. 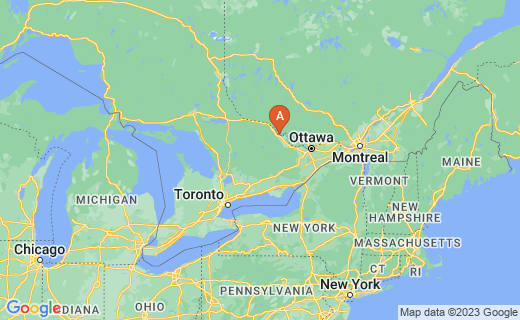 The career fields and occupations in aviation and aerospace may be divided into the following sectors:

Faith of the Heart -The History of Space Flight

Paul Allen's SpaceShipOne was the first privately-funded spaceship able to reach and maintain height of suborbital space - twice in five days. It was the grand prize winner of the Ansari X-Prize in 2004 and $10,000,000.

The much-sought X-Prize commemorated the a $25,000 prize purse claimed by Charles Lindbergh when he flew the first solo transatlantic flight, from New York City to Paris in 1927.

Paul Allen's Science Fiction Museum and Hall of Fame is a testament to the dreams and drive of individuals who could imagine space travel even in the 1800s. Science fiction or futurist thought often leads to science fact. It is a drawing board of the mind and literature, an architecture for the future. related to this, the opening montage of the television series Enterprise, set to song in Faith of the Heart is a tribute to that dreaming and drive.

Three categories of occupations are the most visibly increasing and will continue to increase in jobs created and offered through 2016. Given the emergence and rise of private sector space flight and exploration , we can expect to see a surge in new jobs within these categories through 2040 or beyond, if the private sector continues to develop and expand.

These are individuals that design, develop, and test aircraft, including spacecraft, and missiles and oversee the manufacture of all of these. The aeronautical engineers are concerned with aircraft and astronautical engineers with spacecraft. Looking at numbers and types of related job openings and results of successful job resumes and applications, I find that both types of engineers under this heading are finding jobs in the airplane and spacecraft engine manufacturing business.

Aerospace engineers provide new technologies for aviation, defense systems, and space exploration. Some of them specialize in

Some aerospace engineers specialize in a specific line, including

For example, one could specialize in instruments and communications in spacecraft or guidance systems for missiles. Other areas of specialty can include acoustics, aerodynamics, celestial mechanics, propulsion, and thermodynamics.

These engineers need at least a bachelor's degree and may require a masters or PhD for some endeavors. They also need an engineering license from their US state or District of Columbia. Growth in Aerospace Engineering jobs will provide 10% or more new jobs through 2016 and will expand further as commercial spaceflight gains credence and practicality. Space Exploration and Defense initiatives in the US Government will also provide positive impact on job increases. Median salaries in 2006 were over $87,000 and salaries topped out at over $125,000.

Engineers from other fields cross over into Aerospace, including Chemical, Civil, Biomedical, Electrical, Industrial, Environmental, Materials, Mechanical, Nuclear, Petroleum, Plastics, and Safety. For these purposes, Architects can can also be considered engineers for Aerospace and the Aviation/Aerospace Drafters their technicians.

These pros build, test, and repair & maintain aircraft, spacecraft and related vehicles such as experimental craft. They design and implement maintenance and test schedules, analyze test results and make accurate, detailed reports. In addition, they calibrate equipment, run regular diagnostic checks, and troubleshoot machines and tools. Computer, mathematics, and database literacy are required and important to the work of these technicians.

These technicians often work closely with engineers and scientists in a narrowly focused project. They may be employed in research and development (R & D), manufacturing, sales, building, inspection, and repair/maintenance in the aerospace and aviation sectors.. Most of these technicians must have a training certificate or 2-year associate's degree. Through 2016, the numbers of these jobs is set to increase in both the commercial and government sectors to match or surpass that of Aerospace Engineers. Median salaries in 2006 ranged from $40 - 50K and have topped out at over $73,000.

Computer software is a vital part of the operation of aircraft and spacecraft, demanding increasing numbers of qualified Computer Software Engineers. These individuals design, develop, and test software, coming up with faster, more efficient, more correct programs for spacecraft and aircraft operations and maintenance. This expertise reaches farther, into missiles and defense, satellites and space stations, the Space Elevator, Lunar Living Modules, weather tracking systems, and several other areas. Jobs for these engineers are increasing by at least 38% between 2006 - 2016. Median salaries hit $70,000+ in 2006 and have topped at over $100,000.

A number of schools provide certification and training programs in software engineering, but some vital personal qualities are needed. Computer Software Engineers must be able to analyze and figure out problems and communicate clearly and precisely in a responsive way. They must be able to focus, concentrate determinedly, and attend to details.

Occupations parallel to the ones listed above are emerging in the Space Tourism Industry. Growth may be slow at first, because of the high expense of space travel.

Aviation at Spokane Falls Comm. College & U of ND Aerospace

It is difficult to become a US Government, NASA astronaut and this is not a High Growth Career. However, the possibility for "Private Sector Astronaut" as a career choice may become real as Paul Allen et.al., Virgin Galactic, and others expand their work and businesses.

In fact, from 1959 through 2008, only 321 NASA astronauts have been hired. That is an average of fewer than 7 per year, although astronauts are not selected every year but only occasionally in groups known as classes .

The 2008 NASA Astronaut Class of 11 individuals includes two math and science teachers (one middle school, one high school), two pilots, a Navy SEAL, two engineers, a flight surgeon, a high school science teacher, an orthopedic surgeon, and a a private pilot in charge of health at the ISS. They range in age from 28 to 43, various nationalities and ethnicities, and two are women.

The 2013 NASA Astronaut Class is assigned the Mission to Mars. They are four men and four women in advanced science and medical professions. Several are physicians. They are training to land on Mars before 2035.

The NASA astronaut selection process is available at the following contact:

It is possible to become an astronaut and never fly in space.

NASA astronauts not only journey into space, but also work on the ground in support positions and as educators in the NASA Astronaut Educator program that coordinates with communites around the US to aide in the instruction of STEM core classes (eg mathematics, statistics, and sciences) and recruiting young people in to math and science careers (not necessarily with NASA).