Popponesset Island, according to US Census figures, is the 4th richest place in America.

At the same time, it is the smallest community on the list of America's Top 10 Richest Places. Popponessett Island is a Census Designated Place or CDP, defined by the US Census Bureau and located within the

Popponesset is in Mashpee MA 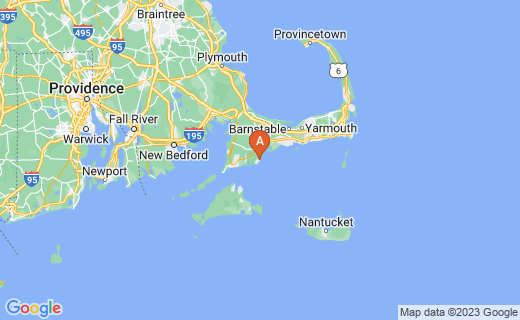 Significant employment opportunities are listed in the community of Mashpee (kids will call it "mashed peas"), named after Indigenous Peoples' cultural traditions. T

he Cape Cod National Seashore is several miles to the east and Hyannis Port is nearby to the east. Mashpee sits on land with 5 miles or more of natural, recreational beaches on the waters called the Nantucket and Vineyard Sounds; and along Waquoit and Popponesset Bays (in which sits Popponesset Island). I

n addition, there are 4 large ponds for recreational use in the area. Mashpee also offers three world-class championship golf courses.

Cape Cod is an ongoing green and sustainable area where walking is enjoyed and encouraged. Cape Walk annually has developed from efforts of the Cape Cod Pathways network that romotes development of a trail system from one end of Cape Cod to the other. People walk the length of the cape in the yearly summer event in increasing numbers.

What Is A Cape?

What is a cape in the field of geography?

Cape (geography): From the 14th Century

-- A point or extension of land jutting out into water as a peninsula or as a projecting point; from Middle English cap, Anglo-French cape, Old Occitan cap, and Latin caput (head). Reference.

Bald Eagles are found in abundance at Mashpee Pond and Popponesset Bird Sanctuary is maintained just to the east of Popponesset Island. Fishing and boating are also popular.

Mashpee, rather central in location on the Cape, is a good base from which to start outdoor adventure activities that include whale and seal watching from a number of local cruise providers. Nothing is written about many of the natural areas of Cape Cod around Mashpee and Popponesset Island, although they are marked clearly on maps. Walking and hiking in less-developed area is a local pastime.

At one time, the island was rented as camping grounds for visitors to the larger town of Popponesset, which was separated from the campgrounds by just a shallow amount of water. Further top the west, Cape Cod itself was separated form the rest of Massachusetts by a government action. In 1914, the Cape Cod Canal, a man-made waterway (photo below), was dredged out to make that separation. Popponesset was returned to the City of Mashpee and the Island became a CDP and actually, a private neighborhood of only 39 residents in the 2010 US Census (2 persons moved away in 2010).

The Wampoanug Nation applied for US Federal Recognition as a Native American Nation and governmental unit back in 1960. They are one of several in the Untied States that are not officially recognized, but which continue to pursue their goal.

Mashpee Commons is an outdoor shopping and business district in the center of the city on Cape Cod. As such, it becomes the center of activity for residents and visitors.

As far back as the 1980s, a strip shopping center sat on part of the land, being redeveloped to look more like a New England town square. A continuing supervised plan sees that the commons becomes increasingly walkable, with mixed-use properties. The overarching goal is to make all goods and services withitn easy reach of one another on the commons. Businesses and housing has been added and developed since 1986, with more to come.

Stores in this district are open until 6 PM weekdays, and 5 PM Sundays, without nighttime activity. However, dining is continued into the night in a range of cuisines, with cafes open until the late afternoon. 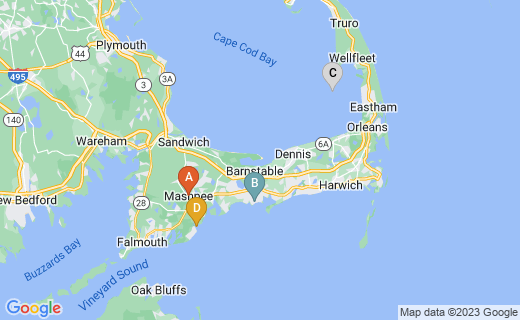 When looking for work near the island, you'll find approximately 5,700 job openings in Febuary 2011. The larger portion of these jobs are located nearby the community in Mashpee (largest number), New Bedford, Hyannis, Plymouth, Falmouth, and Fairhaven; as seen on the map above. Most of these jobs are in Healthcare and pay from $20,000 - $59,999 annually. The largest number of jobs are in the $20,000 - $39,999 range.