Art Laffer and Germans Don't Know Cause of the Credit Crisis?

Gary has published Will Rogers, From Great Depression to Great Recession on Amazon. He can explain the house bubble and credit crisis.

Hard to Believe: The Predators Blame Borrowers and Governments

Art Laffer was on Larry Kudlow on CBNC on January 31st, 2012, and amazingly said that the housing crash, which occurred in many European countries and in the United States, didn't cause the budget deficits. This guy is the financial guru of the Republican party! Truth is, if Laffer were to blame the housing crisis, he would be blaming himself as the architect of supply side economics, of hot money economics.

Dean Baker was on Kudlow too, and was more than amused. I think he was shocked at Laffer's comments which are plain wrong. Any chart on Business Insider will show how economic activity and revenue declined rapidly because of the credit crisis triggered by easy money lending and artificial house price rises that were not sustainable.

Supply side/easy money caused the housing bubble in the first place as hot money flooded into the United States and securitization swept crappy mortgages into the hands of investors through CDO's. For Laffer to say that this bubble and crash is not responsible for the budget deficit must mean he lives in a parallel universe. His trickle down didn't work, and neither does the analysis that motivates it. Trickle down lines the pockets of the wealthy at the expense of everyone else. Hoover called it percolation. The Whigs probably invented trickle down economicsbefore they became extinct!

I hope the Republicans become extinct like the Whigs, before it is too late for this nation. It was amusing to see that the Whigs were actually pro banker, just like the Tea Party Republicans! Supply siders, in the tradition of the Whigs, want to line the pockets of the bankers for sure. That is why I often wonder why Ron Paul wastes the time of day with them. The only reason I can figure out is that he likes the bankers too!

We know that libertarianism has always supported the deregulation of the banks. And this has always resulted in crony, supply side capitalism, that rapes main street and makes Wall Street fabulously rich. So, while I am not defending the Democrats here, there is a need to rein in the banking system and the Republicans are incapable of doing so.

The Democrats are feebly trying to rein in the monster. We need to give them support and make sure they follow through. Otherwise, it is time to dump the Republicans as a party and start a new party in opposition to the Democrats. That party must be for real regulation. No more libertarian gobbledygook in third party talk. They had their chance since the UK Big Bang of deregulation in 1986, and look where deregulation of the lenders got us!

Most of us are agreed that no more housing bubbles should be allowed against main street. However, we are divided as a people regarding solutions to the credit crisis that lives on because of the last housing bubble. It seems to me that there is risk regardless of what way we go. There are three ways to solve the budget problem that have been put forth:

1. Austerity: The Libertarian/Austrian folks want spending stopped for safety nets. Hence, Ron Paul wants food stamps cut 66 percent. In Ireland, austerity is causing massive unemployment. Austerity in the United States would be accompanied by another housing bubble. That is the plan, to kickstart securitization again. Many Republicans and some Democrats support this scheme. Banks want lending loosened as long as guarantees by government are in place.

2. Big Stimulus Spending: The Keynesians want more spending. Perhaps the stimulus was not large enough. Maybe Krugman, who has been vilified by the libertarians, is right. But it all depends on the prospects for growth.

3. Jubilee: The forgiveness of debts has been a hallmark of economic miracles. After the first world war, Germany had to pay reparations, and an angry country attacked the world. After the second world war, the financial elite forgave Germany much of her debt, and an economic miracle was created.

No one has a crystal ball:

A. Austerity could work if a strong business class emerged to grow the economy. But often, that does not happen in mature societies. Worldwide austerity is a pretty dangerous and risky idea.

B. Stimulus could work if there are factors in existence to grow the economy. This has worked often in the past, but the risk is no growth and massive debt. It seems to be working now, but not fast enough for the Republicans.Stimulus arising out of a credit crisis is necessary, in moderation, and only if efforts are made to stop commodity inflation and speculation.For me it is a matter of degree.

C. Jubilee could work, except that there are so many credit default swaps that threaten necessary defaults, that jubilee could now take down the entire financial system. The nation and Europe as well, are held hostage by the banks. This has become a reverse stick up!

Without jubilee, without debt forgiveness in some form, economies will bump along in a zombie like state for who knows how long. Unless the CDS universe is crushed, there will be no miracles. Germany, who owes the miracle to debt foregiveness, is loath to allow a dime of foregiveness in the PIIGS nations. That is just greedy.

Tea Party Republicans are like the Germans, and they want everyone to pay back every dime on their mortgages, no matter what easy money scam made them unaffordable, and cannot accept the fact that the banks caused the housing bubble. They blame the borrowers because it makes them feel superior, even though an IQ of a guy who blames the borrowers in the face of a mountain of evidence showing the banks are at fault, cannot be that high.

Germans and Tea Party Republicans are just not that bright on this issue. As long as the Germans think that their highly levered easy money banks aren't at fault for the PIIGS credit problems, they will be like Art Laffer, and will never come to the right solutions. It is one thing if we all get the analysis correct and differ as to the solutions. It is another to miss the analysis entirely like Laffer did.

But the Republicans and the Germans can't even get the analysis correct. The housing bubble was the root cause of the credit crisis, and the banks loaned out too much easy money because they had a scam in place, in the UK, Ireland, Spain, Greece, the USA and on and on. The scam took slightly different forms, with liar loans as the basis of much of the easy money, but had the same credit outcome the developed world over. 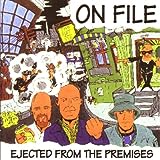