These jobs emerged largely in colleges and universities around Bryan and College Station. However, Tourism and Hospitality added several hundred jobs in that same month. Government, Education, General Business, and Tourism with all its associated business sectors (Retail, Accommodations, Entertainment, others) bring a growing economy to this region of Texas. During March 2012, approximately 4,000 jobs openings were available and the total of job listings increased to 4,700 in February 2014.

The area around Bryan and College Station, Texas is near Houston and comprises a metro area of over 206,000 people. This metro area is considered one of the Top 25 Small Cities for Jobs and Business in America by financial and economic publications and analysts.

New jobs are being created by growing and start-up businesses and the expansion of sustainability that has become popular in lending a boost to that economic stimulus. The cost of living in Bryan-College Station is generally lower than the national average and the unemployment rate has been generally about 3-4%, which indicates jobs going unfilled, because enough workers are not available in the area.

In South Central Texas, this metro area is home to the prestigious campus of Texas A&M University, which is all of a land-grant, sea-grant, and space-grant institution. In short, it has a lot of financial backing and produces a large number of graduates that find employment in high paying careers immediately. 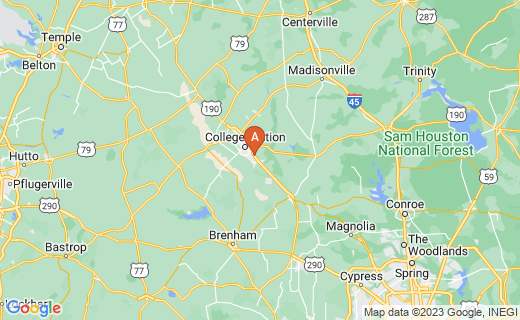 The most quickly increasing jobs in this part of Texas focus on Construction (including green methodologies), Tourism & Travel related sectors, Education, Computers/IT, General Business, Engineering & Technologies, and even Childcare (which indicates a growing population of younger families).

Additional fast growing jobs in this metro include:

Higher Education for the Twin Cities

A postsecondary institution that focuses on diversity and sustainability, TAMU or Texas A & M can be visited online at http://www.tamu.edu/index.html. Athletes and student of the school are nicknamed "Aggies" (for agriculture) at this prosperous institution that is a land-grant, sea-grant and space-grant school all in one. It was the first college or university established in Texas in the 19th century and is the 6th largest school in the USA in enrollment size.

Branch campuses of TAMU operate in Qatar and Mexico as well as in Italy, and faculty over all of the facilities include Nobel Prize Winners and other notables that have brought high funding amounts to various departments.

The TAMU Corps of Cadets is the largest college level student body of uniformed individuals in America, representing the US Army, Navy, Air Force, and Marines.

The Historic Downtown Byran has been revitalized and hosts a series of festivals each year. Every November Historic Bryan is home to the Brazos Valley World Fest. This is a one day festival that highlights international cultures and customs in numerous displays and presentations by strolling artisans.

International Storying telling is a big event in this festival, as is the presentation of foods and recipes from around the world. The Brazos Valley Bombers Baseball Club is on hand for sports action as well.

Cultural displays and presentations include those from Africa, the UK - including pipes and drums - Eastern Europe, South America, East Asia, Krishna Consciousness gatherings, Arab cummunitites, and several other diverse offerings; all sponsored and hosted by Texas A & M University and community business partners.

Other festivals includes Planet Earth Celebration, the Texas Reds Steak and Grape Festival (celebrating beef and wineries), and others.

President Bush 41 and President Bill Clinton have been very active in charity and community service projects in the last several years, both overseas and right here in the US, during Hurricane Katrina and Hurricane Ike and other disasters and national and international needs.

This George H. W. Presidential Library and Museum began a new tradition in November 2008 with its first annual Star Party to view and celebrate the constellations and visible planets as seen from Texas.

The Star Party promotes astro-sciences and the work of NASA and the Privatized Space Industry with the Brazos Region Astronomy Service Society (BRASS). This gathering promotes the elegant Museum exhibit called Beyond the Moon: NASA's Continuing Mission.

This NASA exhibit covers early achievements through the 21st Century and is done in partnership with the LBJ Presidential Library and Museum and NASA. The exhibit hosts a continuing schedule of different science fiction films, along with scheduled guest speakers in aerospace and aeronautics as well as geo-sciences.