Canadian Beers Molson Labatt and Moosehead and Their Canadian History

A fellow human who loves his planet and beyond, with interests that match and never end. One life. One love. Appreciate everything.

Canada and it's Beer

Canadian beer is one of my favorite alcohol products to consume. Canadians are known for being big beer drinkers and quite frankly we are damn proud of it.

Of course there are other alcohol products we like to consume like whisky, wine, beer, rum and well pretty much anything that has alcohol in it. The topic of this Hub though is Canadian Beer not Canadian beer and other alcoholic drinks Canadians enjoy.

You can find delicious beer from all over the world in Canada but I prefer Canadian made beer. Whether it is a lager or pilsner or Canadian ale. My favourites are Moosehead lager and Alexander Keith Amber Red Ale and IPA.

I do enjoy some of Labatt and Molson products and even some of the other national or micro brewery beers. The Beer I mention in this hub is not the only Canadian beer available in Canada as there are numerous micro and regional breweries from just about every province in the country.

I am writing about my favourites and about the larger breweries with some of their beer history.

When you mention Canadian beer people might think of companies like Molson or Labatt which are huge and spend a great deal of money marketing their products but there are other large and not so large breweries that are very popular companies that maybe do not market as much but are definitely worth trying. Here are the big players in Canadian beer.

Moosehead Beer is currently one of my favorite Beers so it makes sense to tell you about this one first.

Moosehead Brewery started back in 1867 and is currently the largest independently owned brewery in Canada. The Moosehead brewery originally started up in Halifax Nova Scotia by Susannah Oland who arrived from England in 1865.

The name of the brewery when they first opened was The Army and Navy Brewery. In 1870 Susannah’s husband John passed away and she was forced to sell the brewery.

7 years later she opened a new brewery called S Oland Sons and Co. In the first 8 years of business with the new brewery Susannah lost the brewery twice to fire.

In 1886 Susanna Oland passes away and her sons John JR, George and Conrad take over the brewery and rename it Maritime Brewing and Malting Co. In 1917 one more tragic event hits the Oland family as the Halifax Harbour explosion kills Conrad and injures John JR and destroys the brewery.

In 1918 George Oland takes his insurance money and moves to New Brunswick and opens a new brewery with his sons. George made one more move to a bigger location in 1928 where the Moosehead Brewery currently sits.

Moosehead currently has 11 different beers they produce with Moosehead Pale Ale and Moosehead Lager probably being the more popular lines. They also have a Moosehead light and light lime. Alpine Lager, Alpine Light, Cold Filtered Light, Moosehead premium dry, Clancy’s Amber ale, Moosehead dry ice and Cracked Canoe which is a light lager that has less than 100 calories a bottle.

Every one of Moosehead’s Beers that I have tried I have enjoyed. 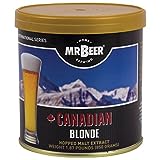 Labatt Breweries has been brewing up delicious beer for 160 years. The company is owned by giant Anheuser Busch InBev.

Labatt also brews Budweiser beer in Canada and has been doing so since 1980. Budweiser is one of Canada’s best selling beers. Labatt Blue has to be mentioned because it is actually the best selling Canadian beer in the world and I think quite tasty.

Labatt also brews Kokanee Beer in British Columbia, Blue Star in Newfoundland, Schooner in Nova Scotia which was originally owned by the Oland family who you read about in my Moosehead information.

Labatt has numerous National Domestic brands, Regional Domestic Brands and International Premium Brands. Make sure to check your favourite bottle of beer no matter where you are in the world and see if it is a Labatt product.

John Molson the founder of Molson Canada was born in England and moved to Canada in the 1700’s. He founded Molson in 1786 which is Canada’s most successful brewer.

John founded the Montreal General Hospital and he was also a big part of Canada’s 1st railroad. Unfortunately John never saw the railroad being constructed as he passed away just as the railroad was getting started in 1836.

Molson which is partnered with Coors now is even more massive and brews many different lines.

There are even more than that but I think you get the point that Molson has a huge diversified line.

If you are ever in Canada make sure you try some of the Beers I have mentioned in this Hub.

There are also many other popular smaller breweries in Canada like Great Western Brewing in Saskatchewan, Alley Kat brewing in Alberta, Granville Island Brewing in British Columbia, Fort Garry Brewing in Manitoba, Mill Street Brewery in Ontario, Old Montreal Brewing Company in Quebec and many more all over the country.

In Canada we love our hockey and we love our beer. I hope you enjoyed reading about the biggest brewers in Canada.