Chevy Chase, Maryland - One of the Richest Places in America

This section is an incorporated village located just northwest of Washington DC on the map below, but also inside the I-495 Beltway. Traveling to this area about once every five years, I enjoy driving around the entire Beltway to look at the scenery and visit communities surrounding it.

The median household income in Chevy Chase is 367% higher than the national average. 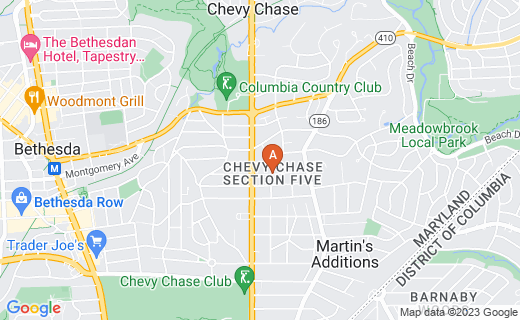 SECTION FIVE of the village is home to 225 homes and a single upscale restaurant called La Ferme (see link below).

This portion of Chevy Chase became a Washington DC residential suburb outbound via Connecticut Avenue at the end of a streetcar line during the second half of the 19th Century. This is a historic time and place in Maryland as well as in many American communities. The setting is one that created memories, movie ideas, background material for some of the short stories of Ray Bradbury, and ideas for NBC's 2010 - 2011 first season of the action show The Cape.

As with many trolley lines in America, the streetcar company in the DC area built an amusement area with a carousel, ballroom, park, and other features at Chevy Chase Lake. Riders happily rode to the lake for a day of fishing and relaxation, dance in a ballroom, and opportunities to listen to the current tunes of Eubie Blake and John Phillip Sousa.

Chevy Chase Lake, like Central Ohio's Clintonville Olentangy Amusement Park, is part of a commercial complex now. The former is an area near a high rise business at a traffic circle off Connecticut Avenue and the latter is an upscale apartment complex north of The Ohio State University on High Street in Columbus, Ohio.

In Columbus long before my birth, the passenger trains operated up from Downtown's Union Station and straight into the huge back gate of the well laid-out Olentangy Park. It had many of NYC's Coney Island rides and amusements.

Today, the Half Price Books shop a bit farther north includes a hallway hung with enlarged postcards of the park and a full mapped layout. Disney attempted to purchase the former park and lands from the old park to thirty miles north of it and all the way to the Scioto River, 10 miles to the west, but was unable to purchase all the homes and properties in the early 1970s that stood on that 300 square miles. 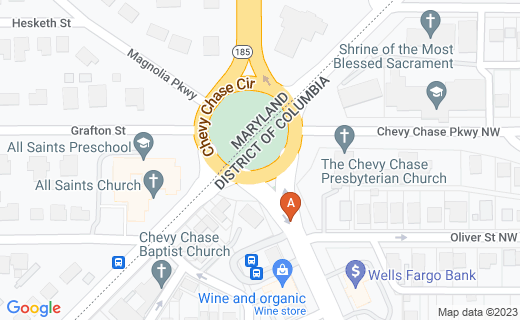 What is Chevy Chase?

The term "Chevy Chase" encompasses a number of villages, an incorporated town, and one residential unincorporated place (CDP) in Maryland, northwest of Washington DC along Connecticut and Wisconsin Avenues. In the 2010s, Supreme Court Chief Justice John Roberts has lived here, as well wealthy business people, Senators, Congressmen and others.

Just 5 miles from the middle of Downtown DC, all of Chevy Chase is walkable and accessible by train, light rail rapids, bus, limousine, car rental, and airports. 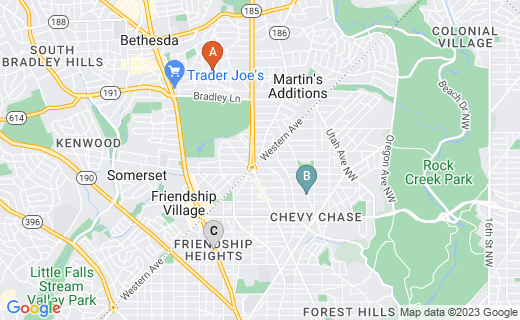 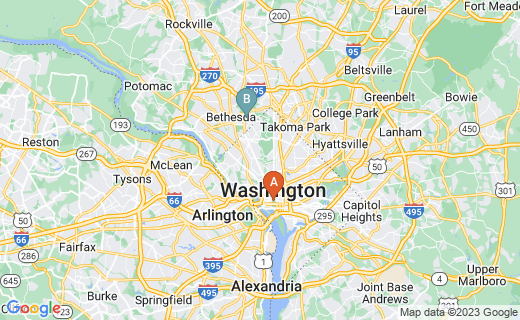 The following are companies that maintain 1,000 to over 5,000 job listings in this market area:

The most frequently listed job titles in this market area are involved in Information Technology and Healthcare industries, as listed below.

The data provides comes from by the US Census Bureau and US Census2010. Data for based median household incomes is found in these surveys administered from 2000 - 2019.

All of these median incomes are higher than competing publications' findings from other sources. The richest communities according to Forbes.com are the following: