Coca-Cola is one of the most widely used soft drink in the world. The company has very efficient and extensive distribution system in the world. There is a great variety of brands offered by Coca-cola throughout the world like Diet coke, sprite, Fanta, Rc cola, Minute made etc. you can find the Coca-cola soft drinks anywhere in every country of the world.

The 'Coca-Cola' brand has been adopted the strategy of global marketing. They are considering the whole world as single market place and uniform marketing strategy was being used Coca-cola for many years, but now the trend is changing and different marketing campaigns are being designed for different regions of the world. . Business decisions are made on a domestic basis to fit in with the culture and needs of the domestic community. In 1919 Coca-Cola decided it was time to go global. The Coca-Cola Company decided to take its operations beyond national boundaries and marketing research was started in central America, china and many other countries of the world. Because of successful and efficient marketing research Coca-cola was able to produce globally in different regions of the world.

Coca-cola has got such an intensive distribution and bottlers system that its products are available everywhere in the world, starting from Middle East to Australia. You can find coca cola product on every retail outlet

There are many reasons why company decided to sell its product in international market. The prospect exists to sell 'Coca-Cola' worldwide, because 'Coca-Cola' is a product which can be used by everyone irrespective of age and gender, all over the world. Marketing globally demand the company to have a marketing team in line with a country's consumers so effective sales can be made and good relations with the abroad key employees can be maintained.

If we look on advertising perspective of Coca-cola, advertising has created a demand for 'Coca-Cola' worldwide. However, advertising has to be in line with the domestic culture. An adapted marketing mix means adjusting the mix with the prevailing culture, geographic, economic and other differences in different countries. Different languages and cultures caused problems.

In addition, according to Bettman, et. al, Coca-Cola’s bottling system is one of their greatest strengths. It permits them to do their business on a global scale while at the same time maintain a national approach. The bottling companies are domestically owned and operated by independent business people who are authorized to sell products of the Coca-Cola Company. Because Coke does not have complete ownership of its bottling network, its main source of revenue is the sale of concentrate to its bottlers (Bettman, et. al, 1998).

.Brand image is the significant factor affecting Coke’s sale. Coca-Cola’s brand name is very well known all over the world. Packaging changes have also affected sales and industry positioning, but in general, the public has tended not to be affected by new products. Coca-Cola’s bottling system also allows the company to take advantage of infinite growth opportunities around the world. This strategy gives Coke the opportunity to service a large geographic, diverse, area. (Arthur A. Thompson Jr., A. J, 2005)

Now there is the threat of new vital competitors in the carbonated soft drink industry is not very extensive. The threat of substitutes, however, is a very real threat. The soft drink industry is very strong, but consumers are not necessarily married to it. Possible substitutes that continuously put pressure on both Pepsi and Coke include tea, coffee, juices, milk, and hot chocolate.

Even though Coca-Cola and Pepsi control nearly 40% of the entire beverage market, the changing health-awareness of the market could have a serious affect. Of course, both Coke and Pepsi have already diversified into these markets, allowing them to have further significant market shares.

The increasing health consciousness and emphasis of healthy lifestyle not only in developed nations, but also in developing nations, have slowed down the sales of Coca-Cola’s carbonated soft drinks. In response to this health consciousness issue, the company introduced Diet Coke in 1982. Such change of consumer life style had also led to the introduction of its bottled purified water. (Murden, Terry, 2005)

Coca-Cola’s’ brand personality reflects the positioning of its brand. The process of positioning a brand or product is a complex managerial task and must be done over time using all the elements of the marketing mix. Positioning is in the mind of the consumer and can be described as how the product is considered by that consumer. When researching the positioning of a product, consumers are often asked how they would describe that product if it were a person. The purpose of this is to develop a character statement. This can ensure that consumers have a clear view of the brand values that make up the brand personality, just like the values and beliefs that make up a person. Many people see ‘Coca-Cola’ as a part of their daily life. This similarity between the brand and the consumer leads to a high degree of loyalty and makes the purchasing decision easier.

It is of a lot importance to create the right brand image that closely in lines with the consumers’ life experiences and feelings. Sponsorship is one way of building these associations (Arthur A. Thompson Jr., A. J, 2005). Through events such as ‘Coca-Cola’s’ Form and Fusion Design Awards and sporting events a brand manager can ensure that its product image is made relevant to the target audience. An element of the marketing mix that involves making aware the customers. The promotional mix will often include sales promotion, advertising, direct selling and public relations elements

The progress and advancement in the field of technology in the fields of soft drink raw material, production, manufacturing, information and communication technology and logistics have great positive impacts on the operations and sales of Coca-Cola. The availability of new soft drink ingredients enables Coca-Cola to introduce new variety of its products to its existing consumers, not forgetting to attract the new consumer groups. The use of the latest information technology has made able the company to attract the new generation of soft drink consumers with the latest features of song downloading. Also the existence of company website has enabled the world to be in touch with the latest progress, promotions and offers of Coca-Cola.

If you have any suggestions or questions feel free to comment below. 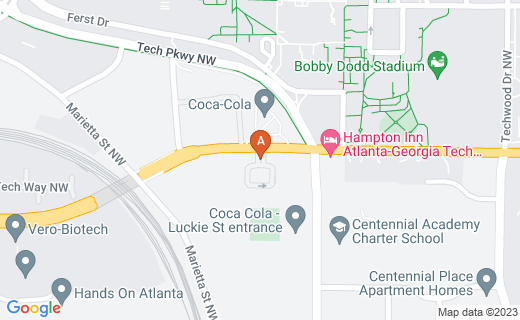