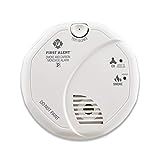 Money. Wealth. Life Insurance.: How the Wealthy Use Life Insurance as a Tax-Free Personal Bank to Supercharge Their Savings
Buy Now

Life assurance differs from the fire and marine insurance in the following respects:

It is an ordinary contract whether it is simple or pure but the principle of indemnity does not apply in its contract.

It is a contract of indemnity.

It is a contract of indemnity.

The event (death) that is considered in life assurance is a certain event which is bound to take place sooner or later.

The event (fire) that belongs to this contract is uncertain which may or may not take place.

The event (sea perils) that belongs to this policy is uncertain which may or may not take place or which may happen partially.

The whole of the assured sum becomes payable on the maturity of the policy.

Under fire insurance contract only the actual market value of the property or gods destroyed by fire can be claimed from the insurance company. In other words there is not any profit motive.

Under marine insurance contract, not only is the cost of goods destroyed the sea perils but also 10% to 15% margin of anticipated profit plus shipping charges payable by the insurer.

Life policy covers a larger duration and cannot be canceled by the insurance company.

The duration range of such type of insurance is from 10 days to 12 months. However it can be renewed after the expiry of period.

Some types are issued for particular voyage but other policies cover a period of twelve months maximum.

The determination of premium rate is simple. Same rate of premium may be charged for all the persons falling in the same age group.

It has surrender value after three years of its existence.

It does not have is surrender value.

It does not have its surrender value.

It involves the element of protection only.

It involves the element of protection only.

Insurable interest must exist when the policy is taken but need not at the time of the loss.

Insurable interest must exist at the time of the loss but need not present when the policy is taken.

It can be assigned to another person after serving notice to the insurance company.

As it is personal contract between the insurance company and assured so he assign his policy without the prior consent of the insurer.

As the goods may change several hands during the voyage so policy may be transferred along with the transfer of the ownership in goods. It is not essential to serve notice to the insurer at the time of assignment.

The word “Insurance” is generally used along with fire contract due to its uncertainty of events.

The word “Insurance” is generally used along with marine contract due to its uncertainty of events.

The principal of subrogation is not applicable to life assurance.

The principal of subrogation is to be applied to this type of contract.

The principal of subrogation is to be applied to marine insurance.

As there is surety to refund the amount insured so life policy holder can obtain the loan against his policy in time of need.

Fire policy holder cannot enjoy the credit facilities against his policy due to absence of surety to refund the sum insured.

Marine policy holder cannot enjoy the credit facilities against his policy due to absence of surety to refund the sum insured.

The value of the insurable interest in life assurance cannot be assessed in monetary term. So there is no maximum limit of contract and the loss arisen by the death cannot be evaluated and consequently cannot be compensated.

The value of the insurable interest may easily be explained in term of money. So there is an upper limit for contract and the loss arisen by the fire can be indemnified.

The value of insurable interest may easily be explained in term of money. So there is an upper limit for contract and the loss arisen by the sea perils can be indemnified.