What you think about GCC

What is your opinion about GCC

Dark Side of Employment 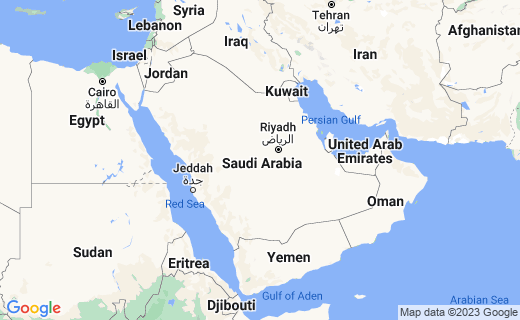 GCC which is constituted of six countries is a single largest block for expatriate employment. These are the rich countries and single largest exporter of oil and gas in the world. GCC consists of Qatar, Kuwait, Saudi Arabia, Bahrain and Oman. Saudi is world’s top rank oil exported and Qatar is way ahead in gas. These countries are fully dependent on expatriate workers for the skilled and non-skilled jobs.

Kingdom of Saudi Arabia is biggest of all countries. The KSA population is 27 million of which almost 18 million or 70 percent are Saudi’s and 30 percent or 9 million or less are expatriate population.

Kuwait is third biggest country with 3.3 million population of which 1.1 million or 33 percent are Kuwaiti’s and 66 percent are the expatriates. Kuwait is one of the biggest oil exporter in the world and economy is basically driven by oil.

Oman is relatively poor of all countries with around 3 million populations. It is not a big exporter of oil and its position is more coming from mines and mineral industry. Nationalization is highest in Oman.

Qatar is around 1.5 million population. The economy and population is fastest growing. Qatar is fast growing state which has known fast going after big sporting event. Qatar was the first Middle East country to host Asian games in 2006 and will host FIFA world cup in 2022. Qatar is biggest exporter of gas in the world.

Bahrain is smallest of all with around a million or less in population. Financial sector along with oil and gas plays important role in growth of Bahrain.

These are the rich countries with Qatar standing as second richest in the world as per the IMF 2011 data with more than $ 100,000 per capita income, others are not far behind with UAE the world rank 4 and then Kuwait, Saudi and Bahrain.

Employment visa is issued based on the size of company and its capital. Every local can establish and business enterprise and can get visa, these may be big companies or may be small shops. The law always favors owners.

The underlying principle of GCC countries is “hire and fire”. GCC countries have failed to establish internationally acceptable standards for migrant workers. Most GCC countries’ labor and immigration laws facilitate and validate inhuman treatment towards migrant workers. These laws are abusive, and as a result they control, restrict, and infringe on all internationally accepted standards of “fair dealing” towards millions of migrant workers. Employers frequently withhold wages for months and confiscate passports as “security” to keep workers from quitting. The combination of “recruiting fees” and abusive work environment constitute “forced labor” in this region.

Sponsorship – This is system where if employee wants to change his job and join another job he need the permission from his present employer or change it. Unless and until permission is granted jobs cannot be changed. Transfer of sponsorship is allowed in restricted categories only. The issues affecting expatriate workers in the Gulf region are different from the migrant population in other regions of the world. The most important difference is the “temporary status” of the expatriate workers in the Gulf countries.

Trading in Visas – This one more phenomenon where local national provide to the expatriate worker and takes a fixed charge every year. He is not responsible for any thing of the worker. Local nationals establishes companies may be fake or real and sale these visas. A worker buys visa and is self-employed.

The marginal labor – Cleaning company workers and construction workers along other marginal workers are highly exploited class. They paid least between USD 150 to USD 250. The wages are very irregular. Sometimes they are delayed for six months and sometime never paid. These are highest number of workers. Those who work in small shops are usually paid USD 250 to USD 500 depending upon working hours. Cost of living is very high. 20 to 30 marginal workers live in single apartment of 2 bedrooms. (700 sq. ft. – 850 sq. ft.) Saving is very difficult in this situation.

Blue Collar Jobs – These are the jobs of companies or self-employed. They are paid USD 750 to USD 1750. In this category the heavy and super heavy drivers and all kinds of mechanics and machinist are in demand. Their exploitation is relatively less than the marginal workers.

White Collar Jobs – These are best jobs, usually offered by good companies or relatively better one. Accountant, engineers, doctors, and investment banker are the best profession. Teaching is good option but salaries of the school teachers are not lucrative enough. College and university professors are senior or retired professors of Europe. They are most in demand at university level. They are available relatively at less cost compared to young professionals.

The salary structure varies a lot. A fresh accountant start with USD 700 to USD 800, experienced CA, CPA, CMA depending upon qualification and experience gets between USD 2000, Chief Accountant, Finance Managers, AVP and VP can fetch USD 3000 to USD 10000 and above. CFO can get up to USD 10000 to USD 20000 per months.

Engineers are the second in demand. Construction is one of the most important industry of the region and has very important role to play.

The best industry to work is Oil and Gas. This is the industry is at core of the wealth of the GCC region. It is best paying industry in the region. These are Government owned industry or subcontractor to the industry.

This is most exploited class of workers. They work in homes or they buy it and work outside. Every national family gets five such visas. They can get some more by paying nominal extra money to the government. This class of workers does not covered by labor law.