SpaceX Is A Super Company

Space Exploration Technologies is the full name of SpaceX. It is a privately held company that manufactures rockets and launches them into space in partnership with NASA.Hence, they agreed to become part of the NASA Commercial Crew of private companies that will explore and work in outer space. They will help mine asteroids for iron ore and water and help promote and supply the Mission to Mars. SpaceX is already helping to supply the International Space Station.

On December 8, 2010 the company was the first only commercial enterprise globally to send and return a space vehicle into and out of Low Earth Orbit.

The Falcon 9 Rocket carried the SpaceX Dragon vehicle into approximately two orbits. Dragon then fired its own thrusters via computer programming and returned to Earth in the Pacific Ocean. All this took only about 3 hours, 20 minutes. America is back in space to stay!

Contracts were signed for $4 Billion through 2017 before the final launch of the last US Space Shuttle, Endeavor, during July 2011. In 2012, SpaceX notified the public of the Greater Brownsville Area that a new project involving a launch area or space port was planned to arrive on Chico Beach under the supervision of SpaceX, being with it new jobs and businesses.

The Brownsville Area was one of several communities considered for construction of a launch site in the early years of NASA, Cape Canaveral being chosen. In the 2010s, Brownsville received its second chance at space. 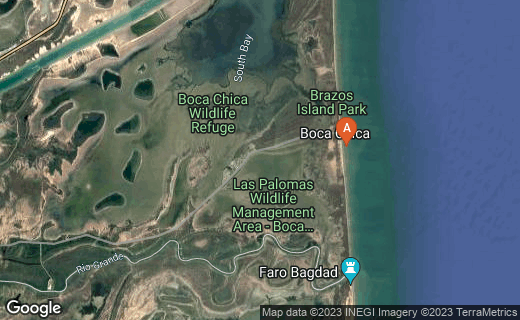 Opened in 2002, SpaceX operates in California. It was opened by Elon Musk, co-founder of PayPal. As a commercial and privatized space flight specialist company, it received money from NASA under the space agency's Commercial Orbital Transportation Services (COTS) to develop and perfect commercial cargo transport to the International Space Station (ISS).

The SpaceX Dragon capsule will dock unmanned at the ISS after launch atop a Falcon 9 at Cape Canaveral Air Force Station in Florida on April 30, 2012 inn a 2-day event. Manned flights will follow quickly (reference: NASA.gov).

By October 2014 SpaceX owned 110 acres of land at Boca Chica Beach near Brownsville, Texas for launch sites. Another new office is scheduled to open in Seattle, Washington with many Microsoft engineers jumping shop to join the aerospace force.

Interestingly, Boca Chica Beach is just a couple of miles north of the Mexican border, on the Gulf of Mexico

SpaceX Falcon 9 and Dragon Flying Model Rocket Kit
A historic first. This is a model of the first rocket to carry a successful commercially launched space vehicle.
Buy Now

Boca Chica Beach, Cameron County, Texas is the only site left in the state after testing over a dozen locations for the possibility of using them as effective space ports and launch pad locations.SpaceX is proud to operate there.

The SpaceX Falcon 9 is the premier space vehicle of the company, but others are manufactured by SpaceX, with additional models in the design stage. The area of Boca Chica Beach to be shaped into a launch site is all grass and sand, from where rockets and capsules will launch over the Gulf of Mexico.

The caveat to this location is that Boca Chica Village is a vacation property and fast becoming a retirement community, located just two miles from the launch pad. The project and installation could become as busy as or busier than Cape Canaveral has been at the height of the US Space Program. It is likely to be louder as well. Increasing business and jobs has the side effect of increasing noise in a previously tranquil area.

Las Palomas Wildlife Management Area might also be affected, but Cape Canaveral has maintained wildlife on its properties for some time successfully. Most government installations of this kind do promote and protect wildlife. For instance, state funded observatories in my own state have wildlife sanctuaries on their properties. SpaceX has demonstrated its expertise in handling sea turtles and similar wildlife at its other successful launching sites in Florida at Cape Canaveral, and in California and Texas.

Like many school districts in America, the Brownsville Independent School District includes STEM classes as major components of its curricula. STEM = Science, Technology, Engineering, and Mathematics. The launch site in Chico Beach will becomes a part of the STEM thrust in educating America's youth for global competence. 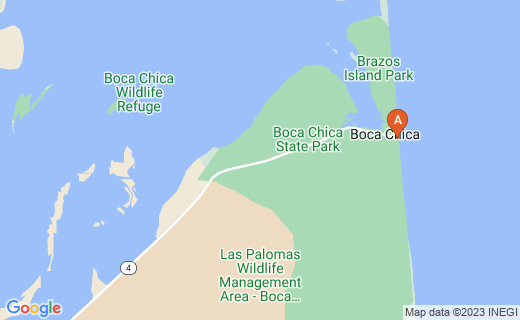 This village has only 6 permanent residents in 2016, several more absentee property owners, and a total of 32 houses built long ago. Some people consider it a ghost town, located just one mile north of the mouth of the Rio Grande and near a couple of state parks or wildlife refuges.

The place is pretty desolate and the beaches undeveloped, much like the area around Cape Canaveral in the 1950s. Birding has become a big pastime on the beaches, though, with people on Internet bulletin boards encouraging others to come to the beach to add species to their lifetime viewing lists.

Boca Chica Beach would need to be closed for a few hours around the time of each spacecraft launch. Special considerations and accommodations for the permanent residents will likely be considered. 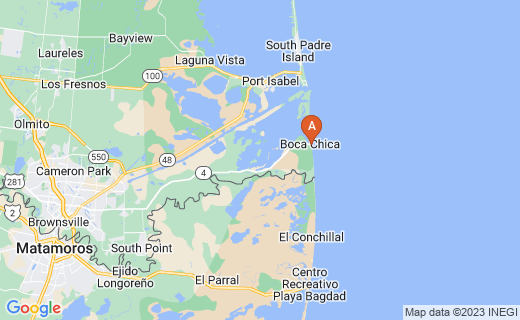 Over 100 jobs are connected with the launch pad after construction, which building requires a larger number of jobs already. Soon after the launch site is functional, the Brownsville and SpaceX authorities feel that perhaps thousands of related jobs will emerge quickly as employees, families, and new businesses move into the area. 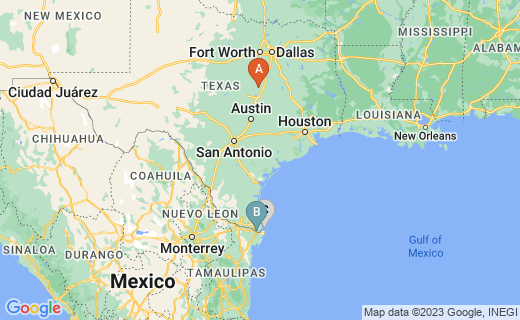 This site is one of the busiest for new SpaceX job creation.

Highest Demand Jobs Aside From SpaceX

I find over 2,000 jobs listed in Brownsville, with highest demand for the following occupations:

A new trucking manufacturing facility opened in 2012 with 300,000 ft2 of space. A new Industrial Park in North Brownsville includes 75 acres of land. Several organizations have named Brownsville a Best City in Texas in 2010.

SolarCity leases rooftop solar-power systems and Tesla makes battery-powered automobiles. The first Tesla car, the Model S is planned for release in July 2012 (price tag $57,000+). SolarStrong is a $1 Billion project to place solar energy into up to 120,000 military living spaces.