Escalation of commitment refers to the psychological condition whereby people continue to support or believe in something that is repetitively failing. In managerial decision making escalation of commitment can refer to either continuing with a failed or dud project. It may also refer to overestimating one’s own managerial capacity or ability. This is an extension of problem solving where people do not accept they do not have a solution or they have to let go. With escalation of commitment there is a compulsion to not let go. This can be where you have an emotional, psychological or financial investment that may be failing and has led to an irrational compulsion to stick with it or even escalate your commitment.

You may see it in gambling as you chase losing bets. You may see it in the military with the escalation of losing wars. Here the cost is human lives. You see it in business and government with escalation of commitment despite changed circumstances. This would explain so many ‘white elephants’. Other examples are in auctions for art and houses where an emotional attachment combines with ego. Managerial decision making in these circumstances can be disastrous. 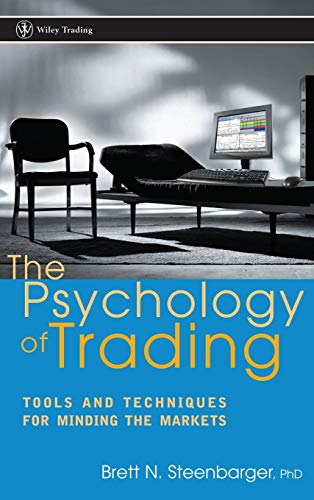 The Psychology of Trading: Tools and Techniques for Minding the Markets
Buy Now

Escalation of Commitment in Investing

A very common escalation of commitment managerial decision making is when people manage personal investments. Despite best laid plans that start out with seeking positive returns when an investment turns to loss sometimes individuals feel compelled not only to stick with their decision but to escalate the original investment. There are a few factors at work here there is the psychological attachment through ego, inability to admit you are wrong. There is an emotional attachment at play.

For some there is a reactance psychological effect, where you take the polar opposite to what logic would suggest. For example taking a loss on a bad investment. Selling a stock because the circumstances changed but you hold on because you react to the reverse of what you would be expected to do.

There is also the herd mentality affect. This is most common in the stock and property market. People stay in a bad position because everyone else is. People buy property because everyone else does despite being unable to afford it. This is the very basis of the US subprime financial crisis where escalate of commitment from the homebuyer with no income to the bank to the ‘ponzi’ financial instruments that Goldman Sachs was sued for fraud over the abacus CDO.

Many make the decision to escalate their commitment because they have already sunk costs into their business.  A typical example is people save up to buy a restaurant because they love cooking and want to work for themselves. They have no business experience and have not developed a market. They sink their savings in the restaurant and quit their job. After six months the restaurant is struggling, the hours are longer than you thought and you have a lot of empty tables. You are at that point where you have tried it but the restaurant is just not going to make it.  Logic tells you to “cut your losses” and close the restaurant.

Now you have the sunk costs of your life savings and an emotional attachment from your dream restaurant venture. So what do you do you escalate the commitment and invest even more money. The hope is the additional cash will see the business turn positive. You may even borrow and further scale the commitment. Many of us just can’t admit we are wrong, worry about what people think and become fixated on material gains and losses. This has become a very common occurrence in modern society which until the global debt crisis credit was given out like candy.

With the escalation of commitment people ignore the course of action based on future benefits minus any costs. Their whole decision is based on the sunk costs in the project.  Managerial decision making needs to take into account of the going concern and when to terminate a failed project. This is also the danger of starting a business without a budget or drop dead level.

When make an investment decision and it has been vindicated it may well be that an escalation of commitment would be the correct decision. That is increase the investment, horizontal or vertical integration for example to escalate the success. Managerial decision making involves recognizing when a decision is working, when it isn’t and how much time should be given to a decision that hasn’t. How long do you continue to sink costs into a failing project, a superseded invention or a bad stock position?

The decision becomes a lot easier when recognizes past present and future with emotional detachment. We must recognize this in relation to costs that have been spent, are being spent and will be spent. With this a proper understanding of sunk costs is possible. If it is a cost that has already been incurred or there is a contractual obligation to incur it than it is a sunk cost. Like a sunken ship the money is spent, it is sunk. Unlike the Titanic there isn’t a Rupert Murdoch to back the movie for a billion dollar profit. In other words going forward recognizing escalation of commitment means recognizing the cost is sunk and won’t be coming back.

Thus any decision in investing, a project or invention is to be based on costs that are reasonably expected in the future.

Again I reiterate monies spent are gone and are irrelevant to costs that you will spend in the future. This is important to recognize and will take out the emotion of cutting losses. Thus future gains can be matched against future expenses. This will enable a decision made on viability not of hope. Recognizing escalation of commitment can live you to fight another day with money in the kitty.

Whilst it is easy to avoid the pitfalls of escalation of commitment in theory rational thinking can be blurred in actuality. This is because of the tangible costs and intangible costs. Tangible costs after the time and money spent or sunk. Irrational costs are the psychological and emotional charges spent. These are not as easily recognized and therefore acknowledged. This is where irrational influences can influence the rational. It is breaking this nexus between the tangible and intangible costs that needs be done to enable rational managerial decision making.

We see this clearly in stock markets where people average down into bad stock market positions. Where there is only a small percentage will escalate their commitment profitably. That is adding to a profitably stock position as it goes up. Many wouldn’t even think of that strategy. The herd lets losses run, or adds to it through escalation of commitment. The herd also tends to cut their winners too quickly. You can apply this stock market analogy to so many other things in life.

Almost anything where a person feels the need to justify their position and lets ego get involved carries this event risk. This leads to an irrational decision after a rational decision has failed but the manger is blinded because of the previous rational thinking and sunk costs. It is imperative to separate the emotional and psychological factors from the costs already spent your sunk costs. Once you have done that you can avoid the escalation of commitment.

There are many examples of escalation of commitment in the consumer market. The biggest would be Coke and Pepsi. Remember the money spent on the Michael Jackson commercial by Pepsi. The failure of “New Coke”. We saw the same in the instant coffee wars with Maxwell House and Folgers. With film we saw Fuji, Polaroid and Kodak. We see it with cars, failed movies like 1942 and Waterworld.

These happened with a combination of incredible ego and managers overestimating the impact of their managerial skill and that of the advertising companies. This s also referred to as managerial conceit which leads to an illusion of control. This is why these obvious failures (in hindsight) spiral so hugely out of control. One could also look at the recent bailouts in the Untied States which have failed to turn the U.S. economy around despite the trillions spent. Brand addled terms are even used to justify these actions such as QE (Quantitative Easing). 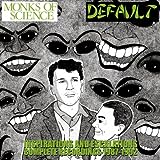 The term escalation of commitment first came to prominence in 1976 when Barry Shaw wrote a paper “knee deep in the big muddy: A study of escalating commitment to a chosen course of action” The term was used to describe investments in failing technology; you can track the evolution of the computer industry like that. Let’s just take the last few years. We have Microsoft losing Market share to Linux and Apple. We saw the failure of the Kin phone by Microsoft though they did not escalation commitment cutting the phone after a few months of failure

Military spending and wars are a very good example, where egos get involved significantly. Think of the Vietnam War, the Soviets in Afghanistan and more recently the Coalition in Iraq and Afghanistan. There are many civil wars going on around the world that are classic examples of the escalation of commitment. Of course the cost is much more poignant here, it is human lives. Emotionally the largest irrationality leading to escalation of commitment is gambling, in casino games and horse racing for example. The term “roll the dice” is a perfect example of irrationality.

Take the time if you could to feel out the poll below to help determine the frequency of irrational escalation of commitment.

Have you been affected by escalation of commitment? 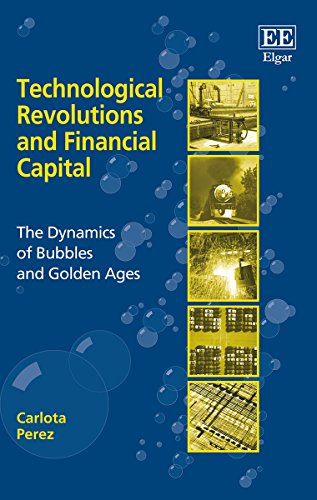 Irrational Escalation of Commitment in Bubbles

An example of an irrational escalation of commitment is in an auction. The crowd situation helps feed the manic setting. People bidding up a house beyond their safety level, the recent record prices at the million dollar comic auctions, jewelry auctions, wine auctions and art auctions all have the hallmarks of the escalation of commitment. In the financial markets the most glaring example is the current gold bullion mania. Just get on to a Gold Bugs forum and you will see what I mean. Rationality goes out the window, previous limits are ignored. Each new level is brought with a new self justification.

The history of any bubble is the same. The most recent is the U.S. subprime fueled property bubble which sent the world into financial crisis and saw the collapse of Lehman Brothers.

Perhaps the best example is the rise and fall of the Canadian entrepreneur Robert Campeau who went bankrupt after buying Federated Stores in 1988. Federated Stores owned Bloomingdales. He paid over’s as his ego drove his decision making which a huge Leveraged Buy Out. He paid over $600 million over what his debt financing could cover. This was a particularly powerful example of escalation of commitment where the Reichman brothers bought Bloomingdales went bankrupt also. Bloomingdales led to two groups to become irrational and their egos clouded reality.

The Wall Street Journal reported at the time on the Bloomingdales purchase as follows; "we're not dealing in price anymore but egos. “ Frank Black released a single about 17 years ago “Hang on to your ego”. He could have been writing about rule number one for escalation of commitment managerial decision making.