Great Place to Work and Retire

Fort Myers - Cape Coral comprises an area that is recognized as one of the Top 25 Best Cities in America for Jobs and Business.Interestingly, it is located just the the northwest of the large Everglades region.

Unlike other parts of Florida, this region not as much of a retirement mecca, but is home to working age individuals largely 25 - 55 years of age.

Florida has long been a retirement center for senior citizens, but in the 2000s, seniors began retiring more often to Tennessee and North/South Carolina, instead of to Florida. The reasons for this change in retirement migration include the devastation that resulted from hurricanes in the region from 1991 - 2008. However, this area of the coast has been repaired and new hurricane preparedness policies put into place. 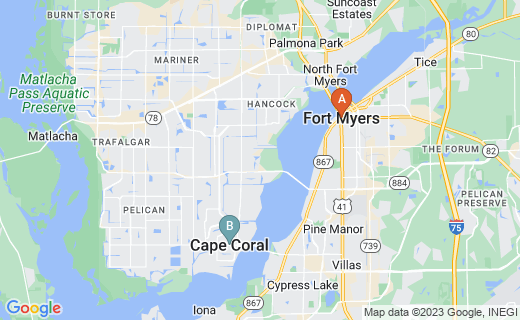 Hurricane Andrew in 1991, Hurricane Katrina in 2005, Hurricane Ike in 2008... further, summer weather in Florida is very hot and humid and the state is not far from Cuba from which refugees migrate into the US. However, Fort Myers-Cape Coral floods much less than the remainder of the state and is further away from Cuba. The crime rate is low.

Healthiest Industries In the Market

Walt Disney World and Busch Gardens, as well as a Universal Studios park dominate the entertainment sector in the state, leading to consistent growth of the industries of

All of this action brings visitors to most of the Florida regions. Because of all of this, some retirees wish to move to a quieter locale and some even migrate back home to New England.

These events support the fact that service industries are growing in Florida, along with market areas like Fort Myers & Cape Coral. US labor statistics forecasts show that services will continue to grow through 2022. This includes the healthcare industry.

Healthcare is presenting a growing demand for Registered Nurses and Licensed Practical Nurses long-term, including travel nurses. In addition, many visitors combine travel enjoyment with health care services in the 21st century, drawing more tourist and healthcare dollars to Florida.

The larger Combined Metro Area of Fort Myers & Cape Coral is located at opposite ends of three causeways and the Midpoint Bridge across the Caloosahatchee River. It also includes unincorporated North Fort Myer Beach. Together, the three entities are home to over 500,000 people at a median age in Cape Coral of 30 and Fort Myers, 39. Retirees are increasing in this area, though.

According to the US Census2000, the population of the three towns largely between 25 - 55 years of age, which is all workforce range. Of the three towns, Fort Myers Beach is home to a larger proportion of seniors ages 56+, but is the smallest-populated of the three places.

Cape Coral, One of the Top 10 Fastest Growing Cities In America Through 2022 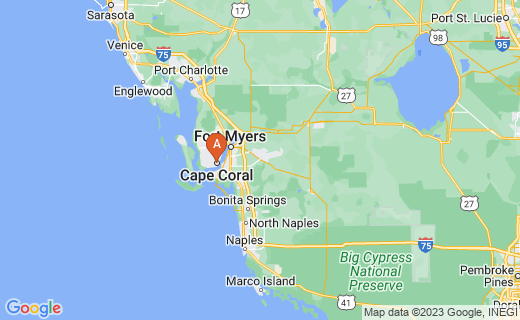 The Birds of Fort Myers Beach

Early Spanish explorers may have ventured into the area of Cape Coral and Fort Myers in the earliest 1500s, finding Native American Nations established there since several thousand years previously. However, in the 1700s, British maps first began to clearly illustrate the Lee Island coastline which is now in the Greater Fort Myers Area.

Pirates based themselves in this southwestern part of Florida at the time, gunning for cargo ships sailing to New Orleans.

The actual military Fort Myers was built on the Caloosahatchee River after 1821 as a protection point during the Seminole Indian Wars and was maintained until 1858, but was re-manned during the Civil War.

It was in the Cape Coral area across the river that the most southerly located battle of the war took place. After that, Fort Myers became a town supported by cattle shipped to Cuba and by pineapples, logging, and agriculture.

Thomas Edison constructed a house and laboratory on the Caloosahatchee River in Fort Myers and Henry Ford bought the house next door.

Edison and Ford promoted the community toward greater economic growth, Edison taking the greater part in this movement.

Largest Employers In the Market Area 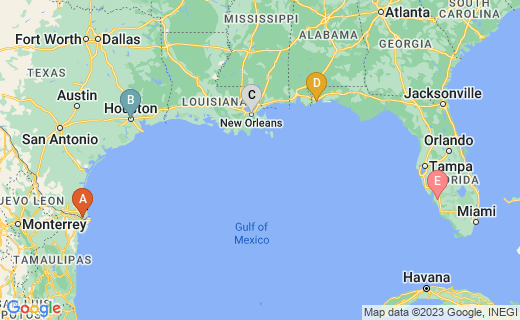 Flying To Far Side From the Gulf

The Michoud Assembly Facility at New Orleans is NASA's 832-acre space park. In 2016, the US Congress awarded NASA $2 Billion, much of it toward the rocket built by Boeing to take us to Far Side (far side of the moon).

All Levels Of Drivers Needed At These Companies