General Ned Ludd and the Luddite Movement of 1811

Several groups of workers around Europe rebelled against the Industrial Revolution for reasons that included a suspected loss of jobs and income through automation.

We experience this attitude among us today in the 21st Century, in America at least, as certain factions protest that there is no Aerospace Program, or at least that there should not be.

All of these people, past and present, could be called "Luddites", who were famous for using wooden shoes for sabotage against advanced technologies in the weaving and textiles industry.

Sabots are wooden shoes in the Netherlands (Holland). Textile workers of the 1400s threw their sabots into the wooden gears of the powered textile looms to break the cogs. They did this, because they were afraid that automation would cost them their jobs. (I never heard this in a classroom, but learned it first from a Star Trek® film, confirmed by library research later.)

Sabotage in industry occasionally has been encouraged in protest of poor working conditions by the union called the International Workers of the World (IWW), founded in 1905 and having headquarters now in Chicago (reference: Jimthor, Stablewars, May 2008). The ealy 1900s' French railroad workers seemed particularly good at protesting by walking off the job or "doing everything wrong" and "going slow."

Another example of sabotage appears during WWII in the film Schindler's List. Schindler makes sure that his factories manufacture metal parts for German warfare that slightly do not fit the machines that are already place. Who Was General Ned Ludd?

Although many sources place the beginning of the concept of Luddite sabotage in 1811, we see above that weavers as early as the 1400s wrecked machinery, because they felt that to do so would save their jobs.

From late 1811 through early 1813, the Luddites challenged the Industrial Revolution in England (see references to the right). Author Kirkpatrick Sale is one of the founders of the New York Green Party. He examined the principles of the Luddites the industrial and legal reaction to their destruction. In his book, Sale goes after computers as if they were the weaving looms of old; but first, he provides the Luddite story.

The English legend Ned Ludd (supposedly mythical) hated his work in the textile factory. His boss whipped him and he took revenge in the destruction of his own knitting frame in late 1811. In 1812, he amassed followers among guilds of weavers, combers, wool dressers and others. They joined to fight a war with farm implements and guns. The Luddites stormed a Nottingham factory owned by William Cartwright and suffered long term retaliation. At least 21 workers were hanged by the government and many others transported away to prison.

Sale book, long and well researched, the takeaway is that Luddites are premeditated in their destruction of technology, moving out of fear and anger that their jobs may be eliminated by machines (technology).

Note: Some people refer to the Amish as Luddites, but the Amish do not go out from their communities and destroy technology. In fact, they go out to borrow it in times of emergency. That does not seem like the Luddite mindset.

Regardless, Ned Ludd became a general in UK legend and even King Ludd, inhabiting Sherwood Forest in Nottingham like Robin Hood. 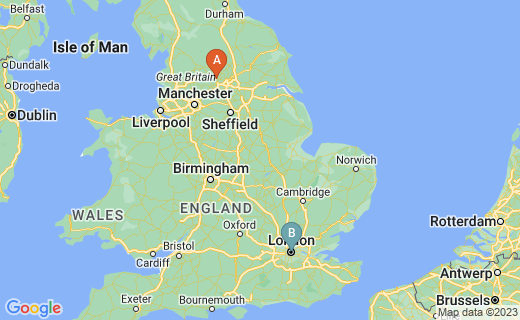 Luddites broke machinery in West Riding Yorkshire as well in 1912, south of Nottingham (1811 riots) and in other districts.

In Yorkshire, the complaint was that power looms for cotton and wool textile making had eliminated jobs. In Nottinghamshire, the wages of workers was reduced upon the introduction of power equipment - people could no longer afford to live.

Those in Nottingham were so enraged as to attack not only the looms, but also the factory owners and even food merchants. Actual short term battle occurred between Luddites and thousands of government soldiers. Guards were stationed around the factories and the government purchased information about the Luddites' movements from stool pigeons of that erea. Breaking a machine became a capital crime.

Food prices inflated, because the price of wheat increased and by 1815-1816, the price of textile products decreased markedly because of the increasing speed of production and the decrease in numbers of people having enough money to but textiles, including the textile workers themselves. The current and former textile workers did not have food or money enough to sustain life and the Combination Act forbid collective bargaining, which allowed the surprise wage reduction mentioned for Nottingham. The Luddites seemed to be correct in their fear of the loss of livelihood, at least in their own minds.

Again, this does not sound like the Amish. The Luddites of the UK were attackers, moving out of rage and fear for their lives.

Industrial sabotage does not always stem from the anger and fear of employees. Some companies in America have been said to perform acts of sabotage against competing companies. In addition, an entire section of law in the US is involved in trade secrets and related matters. 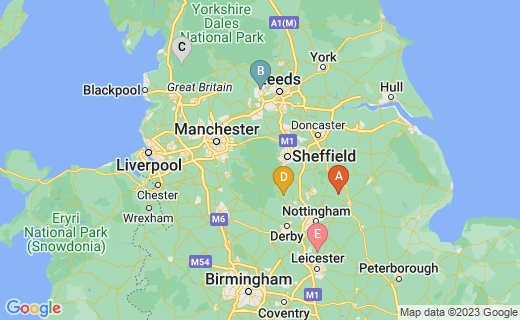