John D. Rockefeller was in my own opinion, the best entrepreneur ever. He was born July 8, 1839 in Richmond New York, and during his lifetime he was regarded by some as a tyrant and a ruthless business man, but in reality, his life was focused was on the betterment of the U.S. economy by supporting promising businesses, and elevating the standard of living in America.

His business life began at an early age. His father, William A. Rockefeller, made every effort to teach his sons how to be sharp. He taught everything he had learned in life to his kids. John had a natural aptitude for numbers and accounting, and from his very first pay cheque, he made charitable donations of 10% (Christians believe in giving 10% to charity) of his total earnings to charities, and by the time he was 20, that figure rose to 20%.

In 1859 Rockefeller set out to start the company that would become Standard Oil, which was founded in 1870. John D. Rockefeller recognized the growing need for oil in modern times. He built an oil refinery and marketing company, and eventually bought out his partners, positioning himself to take full advantage of the post war prosperity and westward expansion which would be possible with railroads and an oil fueled economy. Because of Rockefeller's sharp mind and unrivaled business intellect, he was able to create several schemes to take control of the oil industry. In four months of smart investing, business deals, and improving company efficiency, Standard Oil took control of 22 of its Cleveland competitors in what was known as The Cleveland Massacre.

In 1877 Rockefeller created a price war that the Pennsylvania railroad just could not win. The conflict ended with the railroad selling all of its oil interest to Standard oil. By 1880 Rockefeller controlled all oil in the United States.

Standard Oil cut prices and in improved efficiency, making oil available to all Americans. Rockefeller made frequent contributions to business and various organizations, motivated by his belief that he should invest in the progress of the United States, and he dedicated his life to good business, while at the same time, becoming the richest man in the world.

Andrew Carnegie was certainly one of the best entrepreneurs in history. He was born on November 25th 1835 in Dunfermline, Scotland to a poverty stricken family, and became one of the greatest, richest, business leaders ever.

His family set their sights on America for a new life, and In 1848, the 12 year old Carnegie and his family arrived in New York, before heading for Pennsylvania. Andrew quickly got a job as a messenger boy and by age 18 was the superintendent of Pennsylvania Railroad Western Division. At the age of 20, Andrew became the bread winner of the family following his father's death.

Carnegie had very little formal education but, studied all he could in the local library. Andrew spent 12 years working at the railroad, and made contributions to the Union Army, while making small investments.

In 1865 he moved from the railroad company to start both the Keystone Bridge Company, and the Keystone Telegraph Railroad Company. The Keystone Bridge company used iron instead of wood to build bridges. In two years Carnegie started the Keystone Telegraph Company which had special permission to run wires across Pennsylvania Railroad polls. He tripled the return of investors by merging the companies. Within 5 years from 1865-1870 Carnegie made over one million dollars by selling bond commissions . He was a millionaire before his 30th birthday.

The first railroads were iron, which cracked. Carnegie now began building railroads out of steel. In 1875 Carnegie opened his first steel plant and cut costs of earlier uses. He eventually had a sophisticated plant and produced 10,000 tons of steel as per week compared to competitors at 70 tons per week. He continuously pumped profits back into the company which made way for three important things. Cutting more production costs, making improvements, and driving out the competition.

Andrew and Henry Frick, of H.C. Frick & Company, merged companies in 1880 to gain the maximum profit. Frick became chairman and oversaw management while Carnegie controlled costs and expansion. It was at this time that vertical integration was being used to further build the business, and maximize profits. Carnegie's net during this period went from $4 million in 1893- $40 million in 1900.

Carnegie Retired at age 60 and sold his properties to J.P Morgan for almost 500 million. In turn United States Steel was created.

Carnegie published The Gospel of Wealth in 1899, preaching not to show off wealth and to give money to the greater good.

In 1891 he gave Carnegie Hall to New York city and the Carnegie University to Pennsylvania, and numerous millions to education, and libraries. At the time of his death in 1919 at age 83, he had given away over 350 million which was about 90% of his fortune.

The History of the Standard Oil Company: All Volumes
Buy Now

J. Paul Getty; How To Be Rich 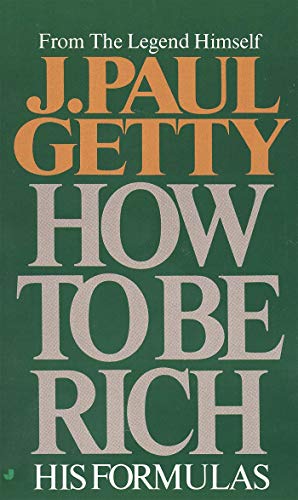 How to Be Rich
Buy Now

The name J. Paul Getty is well remembered today. Even those who have not taken an active interest will know that this name is connected to extreme wealth. What is forgotten about this man and what separates him from the other entrepreneurs mentioned is that his father, George Getty was the one who started the family legacy. His son was educated formally with degrees in economics and political science. J. Paul Getty, like Donald Trump, worked in his fathers fields while attending school. While many like to discredit children who are born to wealth I believe that children who go on to make even more money that their rich fathers did are just as impressive as those who have a rags to riches story. Somehow they still managed to stir up hunger and fire to work hard instead of loafing their lives away.

J. Paul Getty became the modern Entrepreneur- He founded the Getty Oil company in 1957, and by 1966 was considered to be the richest living man in the wold. Worth approximately $1,200 million.

By the time of his death he was worth $2 billion. His degrees were in political science and economics.

He invested his resources and acquired Pacific Western Oil Corporation in the early 50s, and learned to speak Arabic which enabled his expansion to the Middle East.

His grandson, J. Paul Getty III, ran wild, and without the guidance and education of the dangers of having a name like "Getty", he tried to fit in with the hippies and irresponsible youth. He became hooked up with left wing protestors and eventually was kidnapped in Rome and held for $17 million ransom. Because the young Getty had a history of trouble, the family believed this to be a ploy of his and his hippie friends to gain drug money, and his ear was cut off and mailed to the family with further threats of sending his body piece by piece until the ransom was paid.

J. Paul Getty eventually owned the controlling interest of nearly 200 businesses. He died at 83 in 1976.

How to be an Entrepreneur

Famous entrepreneurs are always a great place to begin learning how to train one's own mind to think like a millionaire. The best entrepreneurs have several things in common. They think big, they are determined and find a way, and they know the value of money. Some of the best and well written entrepreneur books are Rich Dad Poor Dad, The Millionaire Next Door, and The Millionaire Mind.

Link To All My Hub Pages 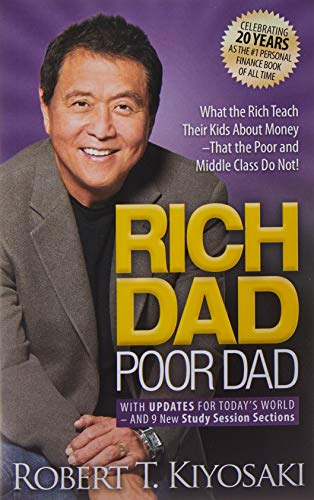 The Millionaire Next Door: The Surprising Secrets of America's Wealthy
Buy Now