Feedback is intended to be a user generated metric that shows the transaction history and satisfaction level achieved by buyers and sellers in the eBay marketplace.

After a transaction is completed, meaning a buyer has successfully won an auction and paid and a seller has received payment and shipped item successfully to buyer: feedback should be left by both parties.

A Neutral feedback level should be interpreted as a negative when evaluating a seller or buyers feedback history.

A user may enter their own specific comments regarding the auction. Commonly users simply enter some ass kissing remark like:

How to judge a sellers honesty/reliability via feedback:

It would seem a rather easy system to understand,

Unfortunately, its not quite that simple.

Generally, I would do my research before bidding on a seller with less than a 99.6% feedback rating, perhaps if the seller has a rather low transaction history and only one negative that has severely effected their percentage, i may be willing to give a second chance.

So all though this seller has over a quarter million successful sales and a high percentage, they still have close to 10,000 dissatisfied customers.

I find that to be unacceptable.

This example is an old screenshot, the seller is still active and has in fact raised the feedback level to 98.7%, so lets see what the unhappy buyers had to say:

Well, considering the seller seems to close literally hundreds of auctions a day, i can understand how some may slip through the cracks, but how does the seller respond, after receiving negative feedback do they attempt to fix the problem, it seems like no.

There is no follow up feedback, explaining or apologizing for the issue, and no feedback removed (which can be done if a buyer and seller negotiate a compromise).

So in conclusion, this sellers high transaction volume allows them to leave a wake of dissatisfaction and still maintain what appears to be an acceptable honesty level.

I would not bid.

How feedback comments should be managed

Positive feedback should be left if a buyer pays.PERIOD, but the comment can perhaps state how long the buyer took to pay?

But, in no way does that promote the seller, so perhaps.

Get all your movies quick from Moviemarz Quick payment appreciated!

As a seller you should take every opportunity to release your brand into the marketplace, after 90 days the details of your transaction are gone -so use your comment to push your products!

As a result of this option, I feel buyers should use comments to help their peers further by adding important details.

packaged so well an infant would have survived!

Received item but was shipped via Media, i paid for priority! 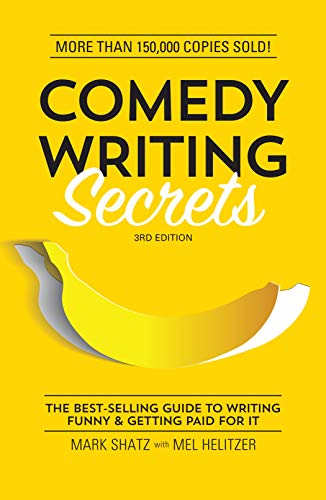 Comedy Writing Secrets: The Best-Selling Guide to Writing Funny and Getting Paid for It
Buy Now

Sellers can no longer leave negative feedback, so a buyer can in fact say just about anything they want.

So now that I have explained how feedback should be managed and interpreted,

What if you just wrote anything you felt like:

Well that's exactly what this comedic genius does:

Meet: tryork5ifp - The funniest man on eBay and the number one search result for "funniest feedback ever", multiple diggs and blog posts relating to his work cover the net!

Can you imagine opening up your eBay account to read your latest feedback and seeing this!

GREAT! As promised, just 3 drops in her drink and she was mine for the night A+

YES, I LIKE IT!!! Now stop calling me every 5 min and asking if I still like it!

Please take a moment to scroll through the screenshots, please refrain from attempting to eat or drink during this time

Apparently, eBay caught on to this genius and began to pull his comments

He responded by reposting in his ebay blog!

Which is also a sidesplitting read.

He inspired copycats (this comment was previously on his feedback profile)

I contacted him and requested an interview, he said yes and sent me his phone number!

This is Volume 2 of eBay from the very beginning, if you are new to eBay and need assistance registering, understanding paypal and the eBay consoles please read Volume 1.

The screenshots may not be legible on lower res monitors, I will replace them with close ups shortly. For now just read directly in the feedback console.

Do you know about eBay or perhaps another topic - earn money from writing about it here at Hubpages! Ive cut back on my eBay sales dramatically based on the passive income I have created here instead!

Does humor have anyplace in feedback ?

baby, I sold your dog on eBay