Simple Briquette Press Should Be Cheap and Easy To Make

A simple briquette press is a briquette compacting press that can be made from minimal materials that are within reach of the low income groups in virtually every country. A Simple Briquette Press should be cheap and easy to be made by everyone who is interested in making briquettes. Homemade briquetting presses are of many designs and made of many different building materials. Some homemade briquetting presses are made of materials that are expensive whilst other presses are made of materials that would require only a few dollars to acquire. And then there are the big commercial briquetting machines that will make thousands of briquettes per hour. These are expensive and you will need to buy/import them from reputable manufacturers. You can buy/import good briquetting machines that can make 2000 briquettes per hour from China for $6000. $6000 is a lot of money beyond the reach of millions of low-income individuals who might be interested in making their own briquettes from waste materials in their localities.

In this illustration, we shall look at how to make a simple briquette press that should cost you less than under $15 to buy the materials and make the press. In many countries, $15 can not buy more than two 45 kg bags of lump charcoal.

Step by step guide on how to make homemade simple brequetting press. You will proceed as the following steps:

Get a 1.5” diameter steel pipe preferably those used for water. Cut a uniform length of 6” using a hacksaw. You can buy a ready cut piece from used pipes/scrap metal dealers.

Cut a circular piece of metal sheet 1.6” in diameter such that it can carefully be welded on to one end of the steel pipe in (1) above. The sheet metal should be thick and strong like the gauge used in making metal drums - gauge 20 or so. Fix and weld the metal sheet on the pipe to make something that look like a can. Let call it a Cup. 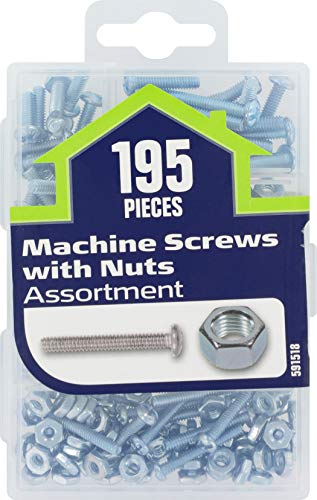 Buy two nuts and bolt 6” long - like those long screws used to fasten a bedpost to one of the adjacent side pieces.

Cut two other circular pieces of metal sheets each 1.4” in diameter, just like in 2 above, such that each circular metal sheet can easily be moved through the inside of the pipe above (1) without sticking on the sides. The sheet metal should be thick and strong like the gauge used in making metal drums - gauge 20 or so.

5. Weld the Nut and Bolt to the Circular Metal Sheets

6. Make a Hole for the Nut and Bolt

From 2 above, you did make a metal can/cup by sealing one side of the open steel pipe with a sheet of metal. Get that can/cup and at the centre of the end closed by the metal sheet, make a hole just wide enough for the nut of the bolt used to pass through. You make the hole using welding flame. 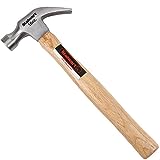 8. Get or Buy a Carpenter’s Hammer

Get or buy yourself a carpenter’s hammer. This should cost you about $2. A hammer is meant to hit the bolt that deliver an impact on the briquette paste in the cup made of pipe to form a briquette.

9. You Have Now Completed Building a Simple Briquette Making Press

You have now completed building a simple briquette making press. I do not expect you to do the welding by yourself. Instead hire the services of a welder like those who weld widow and door grills to do the job for you. He or she may charge you $1 or $2 for the job. What remains is to know how to join these parts to press the briquette. You should proceed as follows:

i) Put the ejector into the can/cup such that the bolt protrudes out through the hole at the bottom of the can.

ii) Put the protruding bolt through the hole on the stand such that the cup together with the ejector sits on the timber stand.

iii) Put the briquette paste into the cup that you have just sat on the stand. You can use a separator made of disposable plastic if you want to make two/three shorter briquettes at once. Disposable plastic glasses can be cut with a razor to make nice separators. Short briquettes have a higher surface area that provides more oxygen for a faster burn of the briquette.

iv) Place the plunger on top of the paste that you have just put in the cup such that the attached bolt is facing upward.

v) Hit the bolt of the plunger with a hammer several times (3/4 times) until it can’t move any further down the cup - the compression of the briquette(s) is now complete.

vii) Remove the briquette(s) and put them on the sun to dry for three to four days. Drying time will depend on atmospheric temperatures, wind strength and relative humidity (amount of moisture in the atmosphere).

viii) You can build a small greenhouse to control temperature and relative humidity for faster drying if you live in a place with less solar energy and you are endowed with sufficient resources. 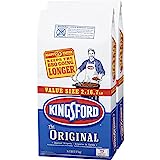 Make Your Own Briquettes for Home Use

This is the simplest it can get. You should spend about $15 to set up this simple briquette press. Make use of it to make your own briquettes for home use, and pass this knowledge to the next person, especially those in the developing countries where there is uncontrolled cutting of trees to make lump charcoal. If you can use it, and use the raw materials of charcoal fines thrown away as waste, or waste paper, or any other waste to make your free briquettes, then, we shall have succeeded in what we aim to do – to have a clean environment for everyone.

If you have liked this article, and you would want this page to keep up and improved, you can help in any way you can. A free way to help would be to link back to this webpage from your web page, blog, or discussion forums.