How To Make Money Without Work

The Internet and the classified ads in weekly newspapers and the back of magazines on the newsstands of the world announce in large letters that You Too can make money at home Without Working! Splashy Internet and full-page magazine ads show a happy couple int heir 30s or even in their 50s with a touch of grey in their hair, floating on a colorful inflated raft in the sea of the coast of Mexico. All of their time is free time because they struck it rich in the No-Work Income Rush. Most of this is propaganda to persuade - or manipulate - individuals and couples to spend money on some type of get-rich-quick program that rarely pays off.

Individuals that invest money in any number of financial products, stocks, real estate, and several other items can sometimes make a fortune, but less often than most people imagine. There are a few ways of making money without working, though likely just enough to "get by":

Company Retirement Funds - Work for a company for enough years and retire with a pension. These pensions are reducing in some areas and may be reduced in the 2010s, while some companies have eliminated them. The hero pilot of the Hudson River offered in interviews after he landed his plane safely in that body of water that pilots' (and his own) retirement income had already been reduced by the company.

Social Security Varieties- In America, SS, SSI, SSDI are funds that pay retirees and disabled persons in certain classifications. During the Reagan Presidential Administration, the majority of recipients (my former patients being a sample) of SSDI and SSI were cut off and had to reapply. During the Bush Administration, additional people were cut off. Retirement age for collecting full SS retirement is increasing steadily, according to a plan already established, but can be increased faster. Any of the Social Security designations are not the best way to make money without working. Certain companies sell books that outline how to collect from these funds, but the price of the book itself is not worth the information provided. SSI and SSDI processes and cases have become increasingly tedious and stressful, because steadily increasing numbers of them spend much time in the courts.

Public Assistance- "Welfare" is not a really profitable means to securing income without work. The amount of time and effort required to prove need and to "be followed-up on" regularly and to re-prove need every six months are all exhausting to the point of producing mental illness in some of the recipients.

Clinical Trials- Near teaching hospitals, major universities, and other medical research facilities, individuals may volunteer for week-long or longer inpatient participation in clincial research projects, including trials of new treatments. This is a short-term income of up to a few thousand dollars, if the volunteer qualifies for the research. he or she spends free time in the clinic or on a ward floor, and often has blood drawn several dozen times within a 24-hour period. Paperwork is sizable and volunteers are now asked to permit their DNA to be kept and used in future research. Still, it is a possibility for income. (Selling blood is another version of this medium, also short-term. People read or watch TV while donating in my town.) See this link for an astounding war-time version of such clinical trials: Starving for K-Rations.

Inheritance - Some people do, in fact, inherit large amounts of money and invest it very shrewdly. All their time becomes free time, especially if they hire honest people to handle their finances - and the people remain honest.

Individuals occasionally marry a partner - or become a non-marriage partner of someone - in order to access that partner's income. Sometimes this results in a sizable amount of monthly income or allowance and sometimes it results in none. On the other hand, some spouses and partners feel that their significant others linked up with them expressly to use them for financial support when that is actually not the case. The love of money and the lack of money can both cause a lot of problems.

In the 2010s after the Recession of 2008 - 2009, America is finding more of the Depression Era type of room renting everywhere than was the norm before the turn of this century. If you remember films of the 1930s that depicted three families living in a two-room dwelling in Russia, with sheets hung to form additional walls, then you can see the vision a few people have for the future of the American 2010s.

Regardless, in these arrangements both in Russia and USA during the 1930s, one or two people in a large group might be able to work and bring home money, while the rest did whatever they could to earn a dollar or a ruble, and some did nothing and were supported by the group. This replayed in 1980s Siberia, where railroad workers and teachers could not be paid for a full year, but the grandparents and youth in the extended families received small, usual, government-funded student and aged stipends. In this case, however, working adults worked and made no money at all; but the non-working people made money and supported them. 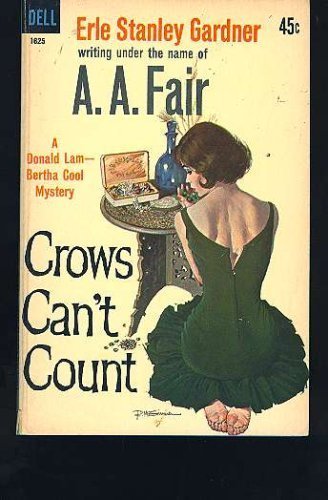 American prison administrations often assign prisoners to work-details in the facilities and pay the inmates a trifling amount. Some inmates held in sentences meted out for incorrect convictions spend a lot of time in prison, but gain a large amount of money in legal settlements upon released. For just one example, Raymond Towler of Ohio served 29 years for rape, was cleared by DNA evidence, and received a settlement of $1.075 million in 2010.

Attorney Erle Stanley Gardner originated the movement to gain release for the wrongfully convicted like Mr. Towler above in his Court of Last Resort in 1950s magazines, books, and television programs. Today this initiative is part of social work, criminology, and law classes in our leading universities and colleges.

In one of Gardner's novels, written as A.A. Fair: Cut Thin to Win, a criminal means of making a hefty income without work is represented by "Tessie the Tumbler." She makes a living by throwing herself into cars parked closest to the crosswalks at red lights, then flinging herself to the ground and portraying severe nerve damage to gain a large cash settlement.

Tessie had to "work" only once a year or so. Hers was an above-average yearly income in the mid-1960s and she was based on real-life cases known to Attorney Gardner. This scheme is not a viable one for the 2010s, however -- Frivolous lawsuits are frowned upon and frame-ups like insurance fraud are prosecuted.

This is an incredible case of "making money without working." In a particular UK prison, inmates were physicallly capable and willing to work at jobs in the facilty industries. However, there was no work for them to do. Therefore, they received £2.50 per week in Unemployment Compensation.

The standard benefit was actually £130 a year for each inmate. In addition, in 2008 it was reported that inmates are paid holiday cash for bank holidays and religious festivals. (Daily Mail UK Online.) The citizenry of the area are not pleased.

Few methods of making money without working exist, even among the thousands of passive income schemes that abound. Check any program thoroughly, including BBB and State Attorney General reports, and if they require investments, be wary.

Producing regularly appearing, high-quality content in a community like HubPages will accumulate income when effective online promotion is done in tandem. This increases revenues from Amazon, EBay, and AdSense for individuals that put n the work up front and continue to follow-up. This work can become less strenuous when organized correctly, and income can rise accordingly. One Hubber makes enough to pay monthy rent and another earns enough for a regular car payment. Some others earn more.  Check it out.

Get Organized, Work Less, Be Hubbalicious!