The ability to influence others is at the center of success in life. Nowhere is this more important than at the workplace. Irrespective of whether you are a leader or are dealing with peers, your success will largely be dependent on how many people you can influence and how many friends you can win.

To succeed in a new role, you must possess highly adept skills at influencing people and winning friends. One of the mistakes many people make is to enter a new role with a “know it all” attitude. It is one thing to be an expert, it is quite another to toot your own horn and make your co-workers feel like idiots. This certainly will not win you any friends and soon you might find yourself under siege. The best way to influence people and win friends in your first days at a new assignment is to listen and pay attention. If you have a contribution to make in any matter always listen closely first and make your contributions in the form of questions. For example, a statement such as,
“No, that cannot work. You will incur unnecessary losses. It is better to use x instead of y”, could better be worded as,
“What do you think of x in comparison to y?”
This way, your co-workers will feel like they made the suggestion themselves and you will have influenced them. Later on as you grow in the organization and you have gained respect and trust from your co-workers, you can assert yourself much more.

One of the other mistakes that people make in an organization is to outshine their bosses too early on. The first law of power from “The 48 Laws of Power” by Robert Greene and Joost Elffers states,

“Never Outshine the Master
Always make those above you feel comfortably superior. In your desire to please or impress them, do not go too far in displaying your talents or you might accomplish the opposite – inspire fear and insecurity. Make your masters appear more brilliant than they are and you will attain the heights of power.”

The first few months at a new assignment are critical. The last thing you want is to upset somebody above you in the pecking order. If you are to succeed, you must influence your bosses and win them over. Like the first law of power states, avoid instilling a sense of fear and security.

To influence people and win them over, you must genuinely be interested in them. Most people will easily see through any cosmetic attempts to appear genuine. Lend moral support where needed. Say something motivating and encouraging every now and then. Avoid criticism and do not be heard complaining about any issue. Maintaining a positive mental attitude at all times will turn you into a magnet and people will find themselves inexplicably drawn to you; this will be a good way to begin influencing people and winning friends. 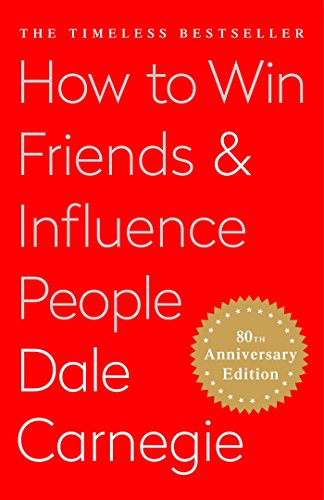 How to Win Friends and Influence People
This grandfather of all people-skills books was first published in 1937. It was an overnight hit, eventually selling 15 million copies. How to Win Friends and Influence People is just as useful today as it was when it was first published, because Dale Carnegie had an understanding of human nature that will never be outdated. Financial success, Carnegie believed, is due 15 percent to professional knowledge and 85 percent to "the ability to express ideas, to assume leadership, and to arouse enthusiasm among people."
Buy Now