Is the customer always right?

The Customer Is NOT Always Right

Why is the customer always right? The obvious answer, and one I can attest to as a former gas station attendant: they aren't. Don't get me wrong, customers should be treated well and with a base level of politeness and respect. But that doesn't mean you should have to eat donkey s*%! from some loudmouth who tries to give you an expired free Pepsi cap for a Cherry Coke, insisting that it is: (edited for content)

"You (copulating) (Biblical pack animal) (copulater), they're the exact same mother (copulating) thing, you (less than intelligent) (excrement-head). It's free and I'm (copulating) taking it, and I'll beat your (posterior) into the (copulating) ground and skull (copulate) your (copulating) corpse if you try to stop me you spineless (excrement) eating (homosexual racist slang)."

So is that customer right? Never minding even the swearing from this angry tiny person who eventually would try to lunge over the counter, but he swears up and down that the Coca Cola Corporation and Pepsi Corporation are the exact same thing, and any of you readers who disagree him are (excrement) eating (insert most insulting profanity imaginable).

There's no way that customer is right. Ditto with the twenty year old trying to distract me on one side of the counter while his buddy stuffs bottles of cheap wine down loose jogging pants. They don't know they're going to jail because I can see the thief's reflection on the front window, but it still ticks me off. What about the arrogant customers who insist that sales tax doesn't apply to them? Or the ones who complain that 1.49 9/10 cent gas should round down to 1.49, and they want a ten penny refund?

I'm all about being polite and courteous, and if the display has a different price than what the register rings up, I was always more than happy to help the customer out, and sometimes even give sales prices he/she weren't entitled to just to help out. But there are people out there who seem to think the entire universe revolves around them and that they are entitled to treat every fast food worker, cashier, and waiter/waitress like absolute crap.

On behalf of everyone ever put into that situation during there job, we all have two words for those types of people...we're just usually not polite enough to say it, and often fired right afterwards if we aren't.

So is the customer always right? If they're respectful and reasonable, sure, I'll do my best to see that the customer is happy and satisfied. If the customer thinks they are the center of the universe and the rest of us are there to either serve them like slaves or are just minor inconveniences, then no. That customer is not only not always right, but that customer is one more comment from me banning them from the store for life.

As for lost business? When was the last time someone who created a huge headache actually made a major purchase you couldn't do without or left a tip worth putting up with that type of crap for? The idea is nice, but until most customers treat service sector workers like fellow human beings, the customer is not always right. 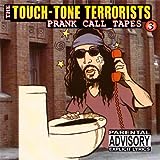 I Call it the "Fairness of Treatment Service Sector" Law

While working as a gas station attendant, a friend and I after a particularly bad night came up with a law that we thought should not only apply to gas station attendants, but basically to anybody who has worked a long time in the service sector and had their share of horrible days.

The law would be based around this thought: ever gotten to the point where you were pissed off to the point of rage over:

Complete Jerks who have it coming, but never seem to get it

Someone who just looks like they can use a good beating

This would be the beauty of this law. Under this law if you worked on the low totem poll of the service sector, then in fairness for all the terrible treatment you have to endure (and possibly all the nights wondering what went wrong) you get to legally assault two people a week. One for being an obnoxious jerk, and one for being stupid. That's it. I know many of us could beat up a lot more in a week, but you only get two.

This adds a nice dimension. If some people are just jerks, you get to legally give them what's coming to them. Same with stupid people...but you only get one of each a week, so that's where the gaming and strategy comes in. Is that person annoying you enough on Monday to use your only beat down for the week? What if that rich guy you've been wanting to hit for two years comes in on Friday? What level of stupidity trips the trigger?

But what if it's a good week and you don't get to use your legal beating if you pass this one up? This could be the most entertaining reality show ever. I hate reality TV and I'd watch this - you could even have statistics cards for % of successful weekly conversions (SWC), degree of beat down, % of increased kindness out of fear (IKF). You could also have blooper reels of when you bit off more than you could chew.

The jerks and idiots have to gauge you and decide how far to push the line. You have to respond with strategy in return, or restraint if you already used your beat downs.

Strangely, a good number of my friends (mostly female, well-adjusted, and far better individual people than I) were appalled at this notion. Yet every coworker I ever had immediately yelled yes, clapped me on the back, and promised to write Congress. So I guess we shall see.

But I'm telling you - this could be a great thing ;)

This Job Would Be Great if It Wasn't For the Customers