The Cleveland sports sector enjoys a regular fan base boosted by travelers coming in from Pennsylvania and elsewhere to enjoy team rivalries with the Cleveland Browns and the Cleveland Indians.

Visitors may also stop by the Football Hall of Fame in nearby Akron and the Rock and Roll Hall of Fame in Cleveland itself. Other travelers arrive, looking for the great seafood on this city on Lake Erie or to stroll through the Museum of Art. 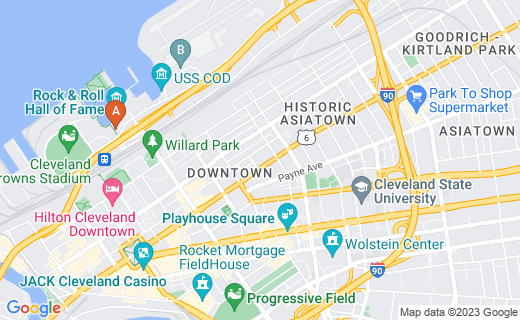 Ohio Governors Ted Strickland and John Kasich have been serious about job creation, with startling results. Manufacturing is increasing in Northeastern Ohio since 2012, including auto parts and aerospace rocketry. In fact, the Aerospace Industry supports over 1200 companies in Ohio alone.

Technologies are keys to the future in Ohio, especially in the eastern cities and the Ohio Space Corridor running from Cincinnati to Dayton and Columbus, our Number One Technology City in the nation. The John Glenn space center is part of NASA in Cleveland.

Numbers of job listings for Cleveland Metro from 2012 - 2015 increased from 2011 - 2012 and again from 2014 - 2016. Manufacturing was boosted by auto parts, aerospace parts, and drones. Mining in NE and SE Ohio was boosted by large investments in Oil & Gas. Truck Driving boomed with new jobs beginning in 2014.

This is all to spike economic growth and job creation in the Greater Cleveland Area and elsewhere in Ohio. Check the news for announcements of grants, project start-ups, and emerging new jobs quickly.

Approximately one quarter (25%) of these jobs are in seasonal sales and delivery positions, the rest being long-term career jobs.

Rapid Transit is a Key to Economic Growth

The largest employers - those having the most employees - in the Greater Cleveland Area include those that are the largest companies in the whole state of Ohio.

Two Cleveland Ohio area companies are in the Top 100 Fastest Growing Companies of America list of Fortune 500. These include:

This is a 160-year-old iron-ore mining company. The company supplies ArcelorMittal and other steelmakers.

Demand for titanium in the Aerospace Industry propelled this specialty-metal maker to fast growth. This includes the Cincinnati-Dayton Aerospace Corridor spanning Southwest to Central Ohio.

According to the City of Cleveland and State of Ohio, at least 75% of new job growth in here in through 2024 will continue to be in healthcare professions and will require training beyond the high school diploma.

In 2005, the USA graduated 1.5 million students with bachelor's degrees, while China graduated 3.5 million that may come here to fill American jobs left vacant by an inadequate employee pool.