Flint was made famous in 2004 by city native Michael Moore's film Fahrenheit 9/11 that portrayed the city as having few jobs and a lot of depressed people. Since that tie, the city has had major ups and downs.

During the late 2010s, the city experienced a disaster of contaminated water supplies that sickened residents and workers. Next, the COVID-19 pandemic of 2020 added additional sickness and unemployment.

By mid-August 2020, a preliminary agreement in the many water-contamination lawsuits filed offered a state-sponsored settlement of $600,000,000 to the people affected by the 2014 transition from its public water supply to the Flint River. The funds were largely to go towards claims to help children affected. This is expected to help the local economy as well.

After job listings tripled for this market area in 2012, listed jobs remained steady through the end of 2013. Additional increases resulted in 11,000 job listings in early 2014 and 16,660 listed positions open by the end of October 2014.

After a slight decline in early 2015, over 15,000 Jobs were offered in listings by June 2015. Business closures and sicknesses based on contaminated water and COVID-19 illnesses and state shutdowns from 2015 through July 2020 resulted in jobs loss, but approximately 6,000 job opportunities were listed by mid-August 2020.

ConnecTech is an association for Michigan's Technology Professionals. It provides a professional network for employment and industry news as well as for lifelong learning opportunities.

ConnecTech chapters meet in the various counties and metro areas of Michigan, especially Flint, and the homepage supports podcasts and relevant online articles. Webinars are also available. Contact them on the web-form at their homepage site.

Flint, Michigan is the home of millionaire Michael Moore. He has made a number of films and raised a substantial amount of controversy in political and social issues. At the same time, other ask why he does not inject some omney into Flint to help the economy and create new jobs.

I happen to pass through Flint several times a year for travel and business. About 18 months ago, I could not find an open gas station off I-75 on the main streets of the city. About 6 months ago, I found a few operating gas stations, which is a better sign. Another good sign is that while Borders Books closed down many of their stores in the MidWest, a very nice one remains open in Flint.

The Greater Flint Metropolitan Area covers the Michigan counties of Genesee & Shiawassee and is near the Midland-Saginaw-Bay metro area, just to the southeast. It is also very near the Thumb Area. I-75 North and South run cleanly through Genesee County and Flint, major renovations to that highway being completed from 2003 - 2008.

Driving through this area several times a year, I find the trip pleasant, with smooth roadways and little traffic congestion. Flint itself has undergone growth and new commercial and public works contraction visible o each trip.

This region was made famous in 2004 by Flint native son Michael Moore's film Fahrenheit 9/11.The Flint area was portrayed as having a dearth of jobs and a seeming majority of depressed people. However, since my visits to Flint began to increase in earnest in 2004, I've seen that evidence of some economic growth is mounting and new jobs are coming soon.

While it is true that manufacturing jobs have been disappearing from the Flint area, Green Collar and Healthcare Industry jobs have begun to emerge to replace these numbers.

MichiganWorks! is available in each county and each larger metro area to help individuals with career assessment and to provide some level of education and training to individual job seekers. When using the services of MichiganWorks!,the job seeker must be dedicated and persistent with follow-up to ensure they receive the best attention from the MichiganWorks! representatives.

Service Centers for Job Search and Placement, Childcare and Insurance options, Education & Training, Transportation and several other supportive services are offered. Major Service Centers are located in each county.

Since 2004, a master plan for lifting up the community of Greater Flint has worked to bring cultural and economic advances to this region.

The revitalizing of Downtown Flint is accomplished through the Uptown Reinvestment Corporation and Uptown Six - six individuals that are coordinating downtown development and expansion. Greater Flint is progressing in the same manner as Bridgeport Connecticut, which has made surprising successes. Included are such projects as:

The M-Club and the Alumni Club of University of Michigan at Flint make strong connections with area students. These clubs provide money and other support for scholarships to current, prospective, and newly-admitted students of the U of M who are from Greater Flint. The University of Michigan-Flint

To enhance education and the economy of Flint, the Flint Children's Museum, located on the campus of Kettering University has constructed an outdoor learning center that includes gardening, nutrition, and physical fitness.

Kettering University also partners with employers in Greater Flint to connect students with well-paying jobs. For example, the Kettering Undergraduate Co-op program places 2,300+ undergraduates in a co-op/internship with UPS, General Motors, Walt Disney World, the CIA, Biomet, Detroit Diesel, and others. Nearly all Kettering undergraduates work in a co-op program and present a thesis connected with their employers and their jobs.

Ninety-Eight Percent (98%) of Kettering graduates receive good job offers, many thankfully to the co-op program. In addition, US News & World Reports has named Kettering's as one of the Top Engineering Programs in the country.

I interviewed with Davenport University in Flint in 2006 in order to learn about their programs, jobs, and staff development for the future and was much impressed by their facilities, staff, and programs. A new, up to date facility and parking lot welcomes students and visitors with a good initial impression. The well designed interior is filled with cordial yet professional staff that are there to assist the community. The receptionists are of the highest caliber I have met in any industry. The staff and faculty are dedicated to improving the lives of individuals in the community. To that end, a new learning center and computer laboratory was opened at the end of 2005, with markedly positive results.

In 2008, DU began offering the program of Global Project Management (GPMT) with a BS in Computer Information Systems (CIS). It offers the chance to delve into finance and healthcare as well as CIS alone.It will prepare students to complete the Project Management Institute (PMI) certification exam.

The 15-credit specialty, offered through the School of Technology, prepares students for IT positions such as

The IT program is also available at DU Online at www.Davenport.edu. Check the website for specific bachelor's degrees and certificates available in Flint.

Several Native American peoples settled in the Great Lakes region of America, particularly in the Michigan and the Genessee - Siawassee county areas.

Today, Native Americans operate a number of successful businesses beyond the resort-hotel that many have expected to see on the reservation. The following list is some of the local merchants and organizations of the local nations: 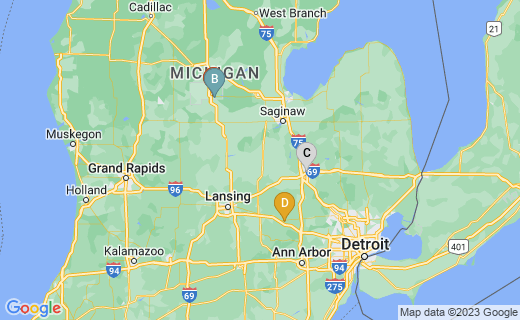 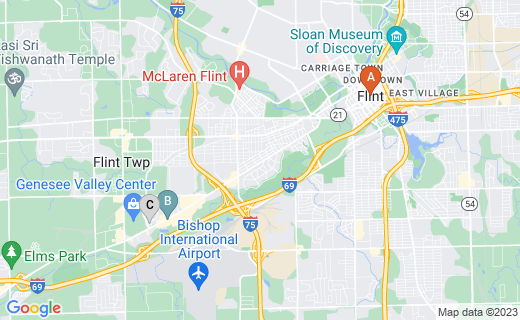 Flint, Michigan is home to at least a dozen good coney island restaurants and one of my favorites is Leo's Coney on 4151 Miller Road. The menu is widely varied, with American, Greek, Mexican and other dishes. Service is fast and staff is friendly. I found this place accidentally one day while visiting career colleges for information and was quite pleased with the restaurant.