Honolulu is one the 25 Top Cities in USA which to find employment. The top jobs according to growth by percent are the following: 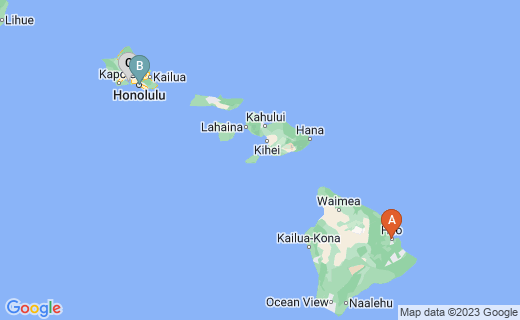 There are over 20 companies in the local islands that work in archeology, studying the migration and origins of various people groups in Hawaii.

The Hawaii State Government also employs large numbers of anthropologists and archaeologists to research the human DNA paths through the state. Interest was sparked by the National Geographic DNA and migration studies began in the 2000s.

Honolulu offers many jobs in aquaculture, which produces food in the form of plant and animal life in the water, without soils. There are more aquaculture workers here than than in any other US state and over $30 million worth of products are produced in this way every year -- seaweeds, edible algae, many species of fish, oysters, and prawns.

The comprehensive website Hawaii and Pacific Aquaculture offers several pages of information and the positive outlook for this industry in the 21st century. The foods raised are sold on the islands and also exported to the mainland USA and around the world for a sustainable food resource.

In 1979, Hawaii was the first US State to implement an aquaculture industry. Honolulu and other Hawaiian cities have pond cultures dating back to the AD 1300s.

These and additional companies are hiring workers throughout the islands.

Pacific Aquaculture & Coastal Resources Center operates aquaculture and coastal resource management projects worldwide, headquartered in the University of Hawaiʻi at Hilo. These types of food are sold globally and can be a solution to worldwide hunger as well as sustainability.

Jobs increase in Honolulu, even though they may decrease elsewhere in the state.

These jobs are involved with Healthcare, Social Assistance, and Education. Information Technology(IT) is Number One, but also included in all the other job categories listed.

Over 600 apartments were listed for rent at $800/month and higher.

Sperling's Best Places indicates that the median income in Honolulu stands at over $60,000 per working person, with unemployment at just 3.6%, so this indicates that many more workers are needed in the community to fill open jobs.

While there are no professional sports teams in Hawaii, there are many opportunities for leisure sports and sports related activities and they all employ a variety of workers.

Colleges and Universities in Honolulu